Timothy Smith has been identified as the semi-automatic rifle-toting jealous ex-boyfriend accused of shooting four people to death early Sunday morning at a self-service car wash in a small community in rural Pennsylvania.

Authorities described a harrowing scene in which one woman – named as Sammi Snyder by the wife of one victim – survived the carnage by hiding in the back of a pickup truck, escaping from the killer’s line of sight as he gunned down two other people in the vehicle. Family members of victims said one of the women who died in another location at the car wash, Chelsie Cline, recently broke up with Smith, who allegedly became obsessed with her.

The suspect, 28, whose name is also given as Timothy O’Brien Smith and Tim Smith, was hospitalized with a gunshot wound to the head after the shooting in Melcroft, an unincorporated area in Fayette County about an hour from Pittsburgh, authorities said. He has now died, and it’s believed that his wound was self-inflicted.

The victims have been identified as Chelsie Cline, 25; Cortney Snyder, 23; Seth Cline, 21; and William Porterfield, 29.

The shooting occurred about 2:45 a.m. on January 28 on Route 711, also known as Indian Creek Valley Road, according to the Pittsburgh Post-Gazette. The mass shooting – in a nation that has seen too many of them – unfolded at Ed’s Car Wash, across from G&D Market and beside Ridgeline Heating and Cooling, the newspaper reports.

Police said there is no outstanding threat to the Fayette County community.

1. Family Members of the Victims Describe Tim Smith as a Jealous Ex-Boyfriend of Chelsie Cline

Authorities have not yet revealed the motive or how Smith knew the victims. However, family members of the victims have said that the shooting was the result of a domestic dispute, according to WPXI-TV. The news station reports that Chelsie Cline’s sister said the shooter is a man that Chelsie previously dated.

BREAKING NEWS: @WPXI_Lori is working on getting more details on this shooting in Melcroft, PA. #WPXI pic.twitter.com/q9SZxUy46h

Other news accounts identify Smith as a “jealous boyfriend.” Jenna Porterfield, the pregnant wife of victim William Porterfield, told The Pittsburgh Post-Gazette that she and her husband were having marital problems, and that she has learned “her husband had spent the past two days with Chelsie Cline who had ended her relationship with Smith a couple of days earlier.”

A woman wrote on Facebook: “It’s my cousins….and those who was MURDERED did nothing wrong!! The lunatic who chased them down shot them all, then his self! He was a jealous X of one of his victims….that’s what happened!!!”

Family of the victims tell Channel 11 the shooting of their 5 loved ones at a car wash early Sunday morning in Melcroft Pa, was the result of a domestic. One person is in the hospital. pic.twitter.com/gWCe8G4xRb

Four people died at the scene and a fifth person, the suspect, was taken to a local hospital. The sixth person at the scene only suffered minor injuries from broken glass, police said.

Two victims were located inside a pickup truck and “two others were found outside in the car wash’s parking lot,” reports 5 News Online, adding that authorities towed three vehicles from the scene. 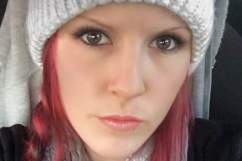 2. The Suspect, Who Worked as a Country Club Cook, Was Wearing a Ballistic Vest & Armed With Multiple Weapons, Police Say

On Facebook, Tim Smith wrote that he worked as a cook at Ligonier Country Club and defined himself as “former Slave at Out of The Fire Cafe.” He also indicated that he studied photography at Westmoreland County Community College. He posted photos on Facebook of himself firing weapons.

He wrote with one post, “Exactly, I would have stuck with just flectarn but you can find a lot more gear these days that’s also coated in multicam therefore making it really easy to match your equipment with your uniform. The army’s UCP pattern would have been great if they picked a better color scheme, but it just blends in with gravel, until you get some dirt and mud on it, then it’s somewhat efficient.” And another: “So far it works alright without any green foliage. But come summer time, I’m gonna blend like a chameleon.” One cover photo he posted was captioned “rage against the machine.” Another said, “live in the moment.”

The suspect was heavily armed when he arrived at the car wash, although authorities say they aren’t clear whether he followed the victims there.

Police say the suspect, Timothy O’Brien Smith, was armed with an AR-15 .223 semi-automatic rifle and a 9mm handgun. Smith was wearing a ballistic vest, but the vest did not have body armor plates in it, police said. A neighbor described hearing about 30 gunshots.

Police believe Smith arrived at the car wash and parked on the side of the building before the other four victims came to the same location in two separate vehicles. Police said he had several magazines for both guns.

According to police, Chelsie Cline and William Porterfield arrived at the self-service car wash and exited their vehicle and went to the side of the car wash. They were then shot and killed, police said.

The other two victims, Seth Cline and Cortney Snyder, got to the scene at the same time in a pickup truck. Snyder, who was driving the truck, and Cline were shot in the vehicle while it was stopped. The female passenger who escaped was  in the rear of the cab and was able to take cover and survive. Police said they believe the gunman did not know she was there.

3. Smith, Who Is From Ligonier, Pennsylvania, Allegedly Used to Leave Beer on Chelsie Cline’s Car

Little information has been released about Smith so far. However, the picture emerging from family members of the victims paints Tim Smith as an obsessive personality with a fixation on Chelsie Cline.

One of the vehicles being towed away from a deadly shooting in Melcroft, Fayette County. 5 people (3 men, 2 women) are dead, one is in the hospital. pic.twitter.com/yZrWR8eI5M

The sister of one of the victims said Smith “would leave stuff” on her sister’s car, WPXI-TV reports.

Victim’s sister says of the alleged shooter who killed 5 people in Melcroft, PA – “He would leave stuff on her car. She’d get done with work and she’d come out and there would be a case of beer on her hood… Now I could see it. He has a very obsessive personality.”

“She’d get done with work and she’d come out and there would be a case of beer on her hood… Now I could see it. He has a very obsessive personality,” the sister told the news station. Sierra Kolarik, Chelsie Cline’s half-sister told the Tribune-Review that Tim Smith “developed an obsession over” Chelsie.

Tim Smith was Facebook friends with Chelsie Cline, and he left a chilling Facebook message on her page on January 24. “After this week, I rlly need to get taken out…on a date or by a sniper either one is fine w me at this point,” Chelsie wrote.

Tim Smith responded: “I could do both.”

“Guys nowadays don’t want girlfriends, just want a girl who acts like a girlfriend and is loyal to them while they mess with other females,” Chelsie wrote on Facebook on January 15.

On January 22, Chelsie wrote, “with my luck, I’ll probably die the day after I finally get my sh*t together.”

Smith’s Facebook page contains a check-in at the Democratic Republic of the Congo. He didn’t list any political affiliations on the page. His cover photo read “live in the moment.”

The Pennsylvania State Police are investigating the shooting and have released few details. Some information was released at a Sunday press conference, but not all questions have been answered because of the ongoing investigation.

“There is no indication of drug activity at this point. But we have no motive, no reason,” Broadwater told the newspaper.

“We’re not sure exactly what occurred,” Broadwater told the Tribune-Review. “Trying to investigate why this happened and how it happened.”

Melcroft is an unincorporated community in Saltlick Township in Fayette County. Saltlick Township, made of up of several small communities, is home to only about 3,400 people and is located about 50 miles southwest of Pittsburgh.

5. Friends & Family Have Posted Tributes to the Victims on Facebook, Saying One Victim Died Because She Gave Others a Ride

Cortney Snyder with her son.

The shootings devastated friends and family members, and the victims included two members of the same family. Chelsie Cline’s brother, Seth Cline, was also killed in the shooting, WPXI-TV reports.

Friends have been posting tributes to both Chelsie and Seth Cline.

Victim Cortney Snyder’s friends have created a GoFundMe site to help her young son. “Cortney Snyder was shot and killed, Sunday, January 28th. The only thing she did was give someone a ride to their car,” the page says. “I’ve known this family my entire life. She leaves behind her 4 year old little boy, who was the love of her life. How do you tell this little boy that mommy isn’t coming home? The entire family is understandably devastated. They don’t have the money for this. How do you bury your 23 year old daughter? Please donate if you can and pray for Cindy, Rick and little Chase.”

Cortney had previously survived being shot while spotting deer.

NEXT at 7:30: @WPXI_Lori is just moments away from a shooting investigation in Melcroft, Fayette County. This is a pic of the scene a neighbor sent me. Look for a live report in minutes. pic.twitter.com/14kDZdLEe5

Jenna Porterfield, of Connellsville, told the Pittsburgh Post-Gazette her husband, William Scott Porterfield, 29, was also among the victims. She added that both Chelsie Cline and Cortney Snyder were mothers. Chelsie’s Facebook page is filled with photos of her with a young child.

Jenna Porterfield shared a photo from their wedding day on Facebook:

A heartbroken Jenna wrote on Facebook, “I might not be perfect but my husband thought I was. We both did wrong but we were both smart enough to understand we loved each other to no ends. I’m not looking for sympathy. I’m doing what he would have wanted, to show everyone we are the greatest love story. ❤️ I love you bill..”