Instagram Joaquin Oliver, 17, would have graduated high school this spring. The new American citizen was gunned down Wednesday.

Joaquin Oliver, 17, was gunned down along with 16 others at Marjory Stoneman Douglas High School in Parkland, Florida on Valentines Day. A senior at the school, he was born in Venezuela and came with his family to the US when he was just 3. He lived in Coral Springs, the next city over from the small, affluent community of Parkland, with a population of just 31,000, named in 2017 as the safest city in Florida. Joaquin would have graduated this year. On his Instagram are pictures and stories of a happy young man with an extended loving armada of devoted family and friends.

i got angels all around me they keep me surrounded

Here are some posts, pictures, thoughts and memories shared by Joaquin’s family and friends, but first, this from Dwyane Wade. Joaquin was buried in Wade’s jersey.

This is Joaquin Oliver. He was one of the 17 young lives that were lost tragically at Douglas HighSchool in Parkland. Joaquin was one of many that i heard was excited about my return to Miami and yesterday was buried in my jersey. This is why we will not just SHUT up and dribble! pic.twitter.com/X0tfTTao33

“He was an absolutely huge Frank Ocean fan collecting vinyls, attending concerts, and listening to his music daily,” a Joaquin friend who goes by the name ‘zachboff’ posted on Reddit. Joaquin was such a big fan, they’re hoping Ocean, the Grammy Award-winning singer, songwriter, rapper and member of Odd Future, Tyler the Creator’s hip-hop collective, will make an appearance at Joaquin’s funeral.

“My good friend Joaquin Oliver sadly passed away at the Douglas high school shooting in Parkland Florida. He was an absolutely huge Frank Ocean fan …we are trying to get in contact with Frank to hopefully have him attend his funeral if anybody could help spread the word to him or give help to try to contact him it would be greatly appreciated thank you.”

“Update: Frank’s mom Katonya just messaged my other friend asking when the funeral is. it’s tomorrow so it’s cutting it close but hopefully we can make this happen thank you to everybody for helping and for the support means a lot.”

Joaquin Oliver was a huge fan of singer, songwriter and rapper Frank Ocean. Friends and family are hoping the Grammy Award-winning artist will make his funeral.

If anyone can get me in contact with frank ocean for my brothers funeral soon I.T would be amazing that was his favorite artist. He had franks vinyls, albums, singles etc please reach out to frank for my brother Joaquin Oliver I love you so much man and miss you

Joaquin played in local rec leagues and loved baseball and he was a devoted fan of the La selección de fútbol de Venezuela, the Venezuelan national football team. But, the shirt he’s wearing ‘El que se cansa pierde’ refers to the student protests against the Venezuelan government, a friend pointed out to Heavy. “He was urging the students not to give up their fight against the dictatorship.”

where my heart is ??❤️ #venezolanoporsiempre

3. Joaquin Was A Toddler When His Family Immigrated To America. They Became US Citizens In 2017 & He Shared His Pride & Happiness on Instagram: ‘Mama, We Made It!’

On January 20, 2017, Joaquin and his family officially became American citizens. He was at once emotional and proud proclaiming his love for the USA.

Friends and others congratulated him and his family in moving comments on his Instagram page where he went by his nickname ‘Guac.’ His post declaring, ‘Mama, We Made It!’ has been reported and posted around the world.

“14 years ago we moved to this wonderful country and 14 years later we officially are citizens of the United States of America. Never been more proud.”

MAMA WE MADE IT!!!! 14 years ago we move to this wonderful country and 14 years later we officially are citizens of the United States of America. Never been more proud.

But new comments posted since the popular teen was killed in the massacre at Stoneman Douglas, some perhaps from people who may not have even known Joaquin personally, repeat a similar sentiment; “Sorry we could not keep you safe.”

“This pisses me the hell off, USA. This country failed this young man, his classmates, his teachers and all of the citizens who call for better. HE DESERVED MORE!!!!”

“You deserved more Joaquin, my heart is broken for you, your family and all other victims. You came here looking for peace and prosperity.”

“…our country has failed you smh I’m so sorry Rest In Peace.”

4.Joaquin Was Very Much in Love With His Girlfriend Victoria

“The two flowers that bloomed in a dark room,” he wrote about he and his girlfriend.

the two flowers that bloomed in the dark room

Many people have reached out to Victoria ‘Tori’ Gonzalez since Joaquin’s murder Wednesday sharing condolences and offering support. On her Instagram page, which is set to private, a single red rose and this quote: “Always be grateful for living another day.”

Thank you lord for putting a greater blessing than I could ever imagine into my life this past year. I love you with all my heart bub, I could never thank you enough for all you have done for me?

5.Joaquin Was Devoted to His Family, Especially His Mother Whom He Called His ‘Rock’

Joaquin wrote that without his mother, “…I’d be nothing. She’s taught me all i know about respect and life itself.”

Happy Birthday to my rock. Without her i'd be nothing she's taught me all i know about respect and life itself. Love you❤️

He has numerous posts of his family all over his Instagram page. This was taken during Hurricane Irma last fall.

And for Joaquin, friends were family. One, Julien, appears to be among his closest and the thought that the two friends would not graduate together was almost too much to bear.

The plan was to graduate with each other and say we made I.T. I swear to God man your family will be set for life when I’m out of highschool I love you ❤️

Joaquin would have graduated June 3. His family was there to represent him.

Manuel Oliver’s son Joaquin was one of the 17 victims at the Parkland School shooting.

On Sunday, his family accepted a diploma in their son’s honor at the school’s graduation ceremony. pic.twitter.com/TcavSDeUv2

At my Godson’s graduation Marjory Stoneman Douglas. Just had to share this pic of the Mom of Joaquin Oliver, who is supposed to be accepting his diploma himself. pic.twitter.com/dFGb7Z9Pfp 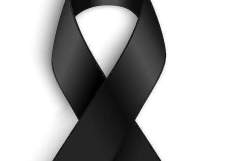 How to Donate to the Douglas Victims’ Fund

Loading more stories
wpDiscuz
0
0
Would love your thoughts, please comment.x
()
x
| Reply
Joaquin Oliver was killed in the school shooting rampage in Parkland, Florida. He was 17, and would have graduated this spring. He and his family came to America when he was 3 form Venezuela. He became an US citizen a year ago.