The first wife of former White House staff secretary Rob Porter has said in a new interview that while they were on vacation in Italy, Porter punched her in the face. Colbie Holderness, 37, made the allegations in an interview with the Daily Mail. The piece mirrors an article published less than 24 hours previously in which Porter’s first wife, Jennifer Willoughby, made allegations about an abusive marriage.

In the wake of these allegations, White House Press Secretary Sarah Huckabee Sanders said Porter “is going to be leaving the White House. It won’t be immediate.” It is understood that Porter resigned his position.

The Mail had previously reported that Porter was dating controversial White House staffer Hope Hicks. Porter has been one of the few senior figures in Trump’s White House to have stayed the course, joining the administration in January 2017. Prior to that, Porter had been the chief of staff to Republican Senator Orrin Hatch as well as working for Senators Rob Portman and Mike Lee. A Business Insider profile on Porter described him as among the most important behind-the-scenes figures in the Trump White House.

1. Holderness Says the Abuse Began on Their Honeymoon

Speaking to the Intercept, Holderness alleged years of abuse at the hands of Porter. Holderness, whose maiden name is Paulson, said that abuse began in 2003 during their honeymoon in the Canary Islands. Holderness said there she was punched once by Porter, while they were on vacation in Florence, Italy. Holderness shared photos from that vacation with The Intercept:

His first wife, Colbie Holderness, provided these photos from a vacation they took together in Florence, Italy: pic.twitter.com/tl3TbyGA8Y

She says, “He only punched me once, in the eye. He threw me down on the bed and punched me in the face. I think he was shocked that he had lost control to that extent.”

The couple was married for five years, according to the Daily Mail report. 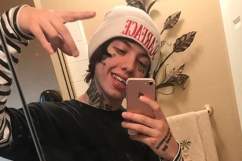 2. Holderness Was the President of a Pro-Life Society in College

Holderness is a graduate of both Harvard and Wellesely College. Under her maiden name, Holderness was featured in a 2001 Rolling Stone article about the school. The piece refers to Holderness as being a “Mormon” and “the president of the Wellesley Alliance for Life, a pro-life group.” She told the magazine, “For me, I find that the fact that our school is single-sex makes it more of a traditional dating experience. The guy comes to my school, he comes to my door, he picks me up, he takes me out, he makes a real effort to get here. So for me, it just reinforces my conservative upbringing.”

The Daily Mail reports that the Holderness met Porter while she was a student at Wellesley studying American studies and political science. They met at a Mormon church in 2000 with Holderness describing him as being, “charming and charismatic.” Three years later, they married at the New College Chapel in Oxford, England. At the time the Harvard Gazette covered Porter’s move to England where he was studying as a Rhodes Scholar. The article refers to Porter as being the president of the Harvard Republicans Club and the chairman of Harvard Students for Bush. Holderness admitted in her interview with the Daily Mail that she cried during their wedding day and that she wasn’t sure if she should go through with the nuptials. 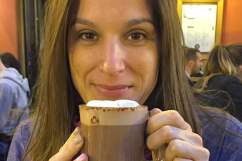 In 2011, Holderness remarried to U.S. Senate staffer Skiffington Holderness in Grand Teton National Park in Wyoming. According to his LinkedIn page, Skiffington is the staff director within the U.S. Senate Committee on Small Business and Entrepreneurship, a role he’s been in since January 2017 and for which he earns a little over $100,000 per year. Skiffington, an Idaho native, previously worked for Idaho Republican Senator James E Risch as a senior and policy advisor. 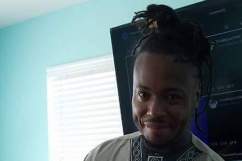 4. Porter’s First Wife Says She Met With a Mormon Bishop in an Attempt to Curtail Porter’s Rage

Jennifer Willoughby, a motivational speaker in the D.C. area, alleged to the Daily Mail that in December 2009, Porter dragged her from the shower by her shoulders. Willoughby says she was naked and dripping with. That incident led to Willoughby not going on vacation with Porter’s family during that holiday season. Willoughby goes on to mention multiple incidents where Porter called her a “f***ing b****” under his breath in public settings, including on their honeymoon in Myrtle Beach.

After the shower incident, Willoughby says she started seeing a therapist as well as meeting with a Mormon bishop about Porter’s rage. Porter is a devout Mormon. She adds that he never took his anger out on others and wasn’t even prone to road rage. The couple split in early 2010 with Willoughby adding that in the last weeks of their relationship, she had suffered a miscarriage. Later that year, Willoughby filed a protective order against Porter after he wouldn’t leave their apartment. During an argument, Willoughby punched a glass window and cut his hand, reports the Daily Mail. 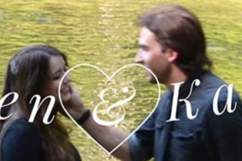 5. Senior D.C. Figures Had Been Quick to Defend Porter

A top White House aide is rumored to be leaving — but a close friend says he won't be quitting in thWhite House staff secretary Rob Porter is rumored to be on his way out of the Trump Administration. Axios reported on Sunday that the influential aide has received offers from major companies, but that he has yet to entertain one of the offers. Axios added that the White House wants him to stick around. Porter…2018-01-08T18:11:11.000Z

The Daily Mail interview includes a deluge of senior D.C. figures talking fondly about Porter. Senator Orrin Hatch said, “It’s incredibly discouraging to see such a vile attack on such a decent man. Shame on any publication that would print this—and shame on the politically motivated, morally bankrupt character assassins that would attempt to sully a man’s good name. I know Rob. I’ve known him for years, both as a close friend and as a personal advisor. He is kind and considerate towards all. The country needs more honest, principled people like Rob Porter, which is why I hope that this cynical campaign to discredit his character ultimately fails.”

Chief of Staff John Kelly told the Daily Mail, “Rob Porter is a man of true integrity and honor and I can’t say enough good things about him. He is a friend, a confidante and a trusted professional. I am proud to serve alongside him.” While Porter himself called the allegations, “Simply false.”

Read More
5 Fast Facts, Breaking News, Politics
The first wife of former White House staff secretary Rob Porter has said in a new interview that while they were on vacation in Italy, Porter punched her in the face.