On Wednesday, February 21, a child onboard a Southwest Airlines plane was bit by an emotional support dog. The 6-year-old girl was sitting across the aisle from the dog and its owner. She asked to pet the dog, but was told to stay back, but “the dog’s teeth ‘scraped’ the girl’s forehead as it turned away,” according to the Chicago Tribune.

Although the dog broke the child’s skin, her injury was considered minor and she was able to travel after getting checked out by medical personnel.

The Southwest plane was in Phoenix, Arizona, at the time of the incident. Police were called to the airport and interviewed the girl’s family as well as the dog’s owner, who did not re-board the plane, which landed in Portland, Oregon, without further issue, a few hours later.

“Initial reports indicate a support dog’s teeth scraped a child’s forehead as the young passenger approached the animal, causing a minor injury. EMTs evaluated the child, who was cleared to continue on the flight. The dog and its owner remained in Phoenix as the aircraft departed approximately 20 minutes behind schedule. As always, the safety of our Customers is our highest priority,” Southwest said in a statement.

A passenger on the plane named Todd Rice told CBS News that the passenger didn’t complain about being removed from the flight.

“[The child] was screaming and crying, and as a father, it breaks your heart,” the dog’s owner said, according to Rice.

According to Southwest Airlines’ website, support animals are allowed to travel in the cabin of a plane with their owner. Because some people have thought of ways to take advantage of the system, many airlines have implemented strict rules when it comes to bringing a support animal on board. Generally speaking, airlines do not charge a fee for bringing a support dog on an aircraft. Additionally, these animals are permitted to be outside of a carrier and can sit in their owners laps.

Southwest Airlines has a checklist of documentation requirements that must be presented to a Southwest employee prior to boarding. The documentation for emotional support animals requires a passenger to have “a mental or emotional disability recognized in the Diagnostic and Statistical Manual of Mental Disorders.” The passenger must provide a letter (on proper letterhead) from a licensed mental health professional or a medical doctor who currently treats him or her. The letter must state what the patient suffers from, why he or she needs the emotional support animal, as well as information about the mental health professional or doctor including their license information.

“Trained assistance animals and emotional support animals will be allowed to travel on flights to/from all domestic and international destinations. Please note trained assistance and emotional support animals may be subject to additional governmental laws and regulations at the destination, including but not limited to, health certificates, permits and vaccinations required by the country, state or territory from and/or to which the animal is being transported,” Southwest’s website reads.

Many support dogs are trained to be protective of their owners and often wear harnesses that read, “please do not pet” or something similar. 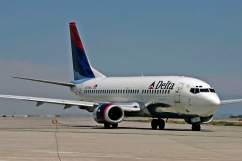