CRASH LANDING: Liberty Charter helicopter plunges into the East River Sunday at sunset. This morning 5 passengers are confirmed dead. The sole survivor is the pilot, ID'd by sources as Richard Vance (pictured). Coverage 4:30-9am @PIX11News pic.twitter.com/zmLnH5Sept

A helicopter run by a tour company in New York City plunged into the East River Sunday night, killing all five passengers on board. The pilot, Richard Vance, was able to escape by holding on a raft.

Two passengers were initially reported as dead at a news conference, with three fighting for their lives.

It was later reported that all five passengers had tragically perished, according to the NY Daily News.

The chopper, a Eurocopter AS350 run by Liberty Helicopters, went down near 88th Street at approximately 7:15 p.m.

The pilot has been identified as 33-year-old Richard “Rick” Vance, of Connecticut, according to the NY Post.

1. All 5 Passengers Died After Being Tightly Harnessed & After Escaping Vance Frantically Yelled for Help 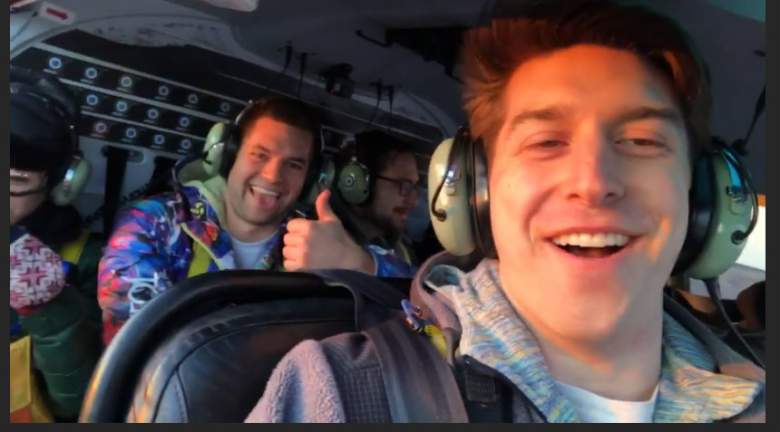 Instagram/tncadiganVictim Trevor Cadigan posted a heartbreaking video as the helicopter took off.

Video footage of the crash showed the helicopter losing altitude and eventually plunging into the water before bouncing and quickly turning upside down.

@cnn @FoxNews just witnessed a helicopter crash into the East River .. hope everyone’s ok. Caught it all on tape! pic.twitter.com/saHOMTLR69

“Mayday, mayday, mayday.” Vance stated to an air traffic controller just moments before the crash, the Daily News reported. “Engine failure. We’ve got an engine failure over the East River.”

All five passengers died following the horrifying crash, while the pilot escaped from the wreck and was rescued from the frigid water. The helicopter had been in flight for approximately 11 minutes. They were identified by NY Daily News as:

“There were six people on the helicopter,” Fire Commissioner Daniel Nigro stated, adding that the passengers chartered the chopper for a photo shoot, NY Daily News reported. “The pilot freed himself. The other five did not. The police, fire divers entered the water and removed the other five…the pilot is OK. He went to the hospital to be checked out, but he was able to get out.” Nigro continued:

The pilot freed himself, was taken by one of our fire boats ashore and was out on an ambulance. One of the most difficult parts of the operation, we’re told, is the five people besides the pilot were all tightly harnessed, so these harnesses had to be removed in order to get these folks off of this helicopter, which was upside down at the time.

Dispatch audio of the emergency can be heard above.

The dispatcher can be heard saying that a “boat is with [Vance]” after seeing he had gotten out of the chopper.

2. Report: Vance Believes a Passenger Strap May Have Caused the Disaster, & Liberty Helicopters Stated They Were ‘Fully Cooperating’ With the Investigation

According to the NY Post, the helicopter may have gone down due to a strap on a passenger’s bag.
.

“The pilot indicated that at one point he thought an emergency switch, a cutoff valve…had been inadvertently switched off,” the official said, according to the publication.

Liberty Helicopters stated that they are cooperating with the federal investigations.

Through a statement on their website, the company said the following:

We are focused on supporting the families affected by this tragic accident and on fully cooperating with the FAA and NTSB investigations. These agencies have asked us to respect the investigation process by referring all press inquiries to them for any further comment.

3. He Was a Pilot for FlyNYON, Owned by Liberty Tours, a Sight-Seeing Helicopter Company in NYC, & Senator Schumer Has Called for an Immediate Suspension of the Company’s License

The company’s website offers several packages to fly across the city to capture jaw-dropping views. In the FAQ section of the site speaks of the company receiving an award for safety. The page states:

FlyNYON is the recipient of the 2017 Eastern Region Helicopter Counsel Safety Award for unwavering commitment to ground and flight safety. All aircraft are maintained to strict FAA Regulatory standards. Pilots are trained annually by the aircraft factory and/or checked out by the FAA and passengers and their equipment are safely secured to the aircraft and doubled checked prior to take off.

I was in the air with @FlyNYON at the same time the #helicopter crashed into #NewYork East River. Not confirmed but I believe this is it a few moments before the incident, and on ground prior to takeoff. Matches make (Eurocopter AS350), timing, and color. pic.twitter.com/kt8wOtyI4u

Eric Adams tweeted above that he was “in the air with FlyNYON,” owned by Liberty Helicopters, when the crash happened. He took the above photos of the apparent helicopter before it’s fateful descent.

“I was in the air with @FlyNYON at the same time the #helicopter crashed into #NewYork East River,” he tweeted. “Not confirmed but I believe this is it a few moments before the incident, and on ground prior to takeoff. Matches make (Eurocopter AS350), timing, and color.”

He later stated that the photos were confirmed to be the same helicopter as that flown by Vance.

According to reporter Glen Schuck, New York Senator Chuck Schumer has called for Liberty Tour’s license to be immediately suspended, as seen in the above tweet.

4. A Back Injury Kept Him From Flying in the Army

According to his bio on Northeast Helicopters, Vance is a chief pilot and flight instructor for the company. The website states:

Rick was born in CT and currently lives in Wallingford, CT. After a back injury that kept him from flying for the army, he found Northeast Helicopters and never looked back. When he is not flying you can find his very supporting fiance and him taking day trips around New England.

5. The Same Model Chopper Owned by Liberty Helicopters Was Involved in a 2009 Deadly Crash Over the Hudson River

The copter left from Kearny NJ and is shared with FlyNYON and Liberty tours. I’ll be looking closely at the tail number… Here’s a picture of the copter I flew in last year. pic.twitter.com/CbOpKOKVTD

This isn’t the first time the company has faced a tragedy with the same model of helicopter, according to Fox News.

The media outlet reported that in 2009, the same model helicopter operated by Liberty had “collided with a small, private plane over the Hudson River, killing nine people, including a group of Italian tourists.”