An aide to former Secretary of State Rex Tillerson has been fired along with his boss after releasing an official statement that contradicted the White House’s version of events on Tillerson’s dismissal.

Steve Goldstein, who was the State Department’s Under Secretary for Public Diplomacy and Public Affairs, was fired hours after Tillerson, The Associated Press reports.

Here’s what you need to know about Goldstein:

1. Goldstein Issued a Statement Saying That Tillerson Did Not Speak to the President & Was Not Aware He Was Going to Be Fired

The Secretary did not speak to the President this morning and is unaware of the reason, but he is grateful for the opportunity to serve, and still believes strongly that public service is a noble calling and not to be regretted.

Steve Goldstein put out a statement Tuesday morning after Tillerson’s firing was announced, saying, “The Secretary had every intention of remaining because of the tangible progress made on critical national security issues. He established and enjoyed relationships with his counterparts. He will miss his colleagues at the Department of State and enjoyed working together with the Department of Defense in an uncommonly robust relationship.”

Goldstein’s statement added, “The Secretary did not speak to the President this morning and is unaware of the reason, but he is grateful for the opportunity to serve and still believes strongly that public service is a noble calling and not to be regretted.”

2. He Was Appointed to His Position in the State Department by Trump in Late November 2017
& Was Seen as a Potential Key Player in Fighting Against Russian Disinformation

Pleasure to chat with @ChristianFraser in the @BBCWorld studios, this morning. We discussed shared US??-UK?? issues like #NorthKorea, #Russia, and defeating #ISIS. Thanks for having me. pic.twitter.com/2PdsDRHD7p

Goldstein was appointed to his position by President Donald Trump in November 2017, according to a White House announcement from the time.

He sworn in on December 4, 2017, according to the State Department’s website.

Goldstein was the fourth ranking official at the State Department.

After his appointment, Goldstein sent a statement to the Senate Foreign Relations Committee saying, “Those who seek to undermine America do so by spreading misinformation about our people and our objectives. We can fight these efforts by inspiring the world with our shared humanity and our great compassion,” according to Voice of America.

Moira Whelan, the deputy assistant secretary for digital strategy at the State Department during the Obama administration, told Voice of America at the time that Goldstein would potentially lead the fight to combat Russia’s dissemination of false information about the U.S.

Whelan wrote in Foreign Policy magazine, “n September, U.S. President Donald Trump announced his intention to nominate Irwin Steven Goldstein as under secretary for public diplomacy at the State Department. He would be a key player in the effort to push back against Russian disinformation efforts around the world and in the United States.”

Thank you, @RimaMaktabi and @AlArabiya_Eng for having me in the studio today to discuss #Syria and other pressing issues. pic.twitter.com/n10VRbP6dg

Like Tillerson, Goldstein came to the State Department from the business world and also like Tillerson, most recently worked for a major oil and gas company.

“Mr. Goldstein is a communications and branding executive who has led external affairs at the highest levels of business and government,” Goldstein’s bio on the State Department’s website says. “Before becoming Under Secretary, he was Senior Vice President of BP Global Solutions, where he advised the founders of two start-up technology companies in the energy and health care fields on marketing strategy and staff management.”

Goldstein also has experience in politics, according to his bio.

“During the administration of President George H.W. Bush, Mr. Goldstein served as an Assistant to the Secretary and the Director of Public Affairs at the U.S. Department of the Interior. He joined the Bush Administration after serving for eight years as a press secretary and chief of staff to several members of Congress,” the State Department’s website says.

4. He Is a Nashville Native Who Graduated From the University of Arizona, Worked as a Teacher for 5 Years After College & Is a ‘Competitive Indoor Rower’

The honor of a lifetime! Today I was sworn in as Under Secretary for Public Diplomacy and Public Affairs. I'm looking forward to all we're going to accomplish! pic.twitter.com/ItpJoaB8SA

Goldstein, a Nashville, Tennessee, native, graduated from the University of Arizona, according to the State Department’s website.

After college, Goldstein was a high school teacher for five years, according to his bio. He is also a “competitive indoor rower.”

Goldstein talked about his indoor rowing enthusiasm in a message to rowers at the inaugural World Rowing Indoor Championship in 2018, an event he had hoped to be at, but was unable to be there because of his schedule at the State Department.

“About 2 and a half years ago I thought it would be interesting to write a book about what it would be like to become fit at age 60. And so, I had this idea that I would try to take up four different sports, do each one to the point of a competition and then try to see which ones were easier to do, which ones were harder, and whether age made a difference one way or another,” Goldstein said. “So, I went to a physical therapist and I asked her what she thought about this and said ‘I think you should take up indoor rowing.'”

On his personal Twitter profile, Goldstein wrote about himself, “Nashville native in NYC. Like indoor rowing and British soul music. Always trying to get a faster 2K time.”

5. Goldstein, Who Said It Was an ‘Honor of a Lifetime’ to Serve the President & Tillerson, Was Reportedly ‘Loathed’ in the White House for Not Being a Trump Loyalist

Good to welcome @UnderSecPD on his first official visit to the UK. We discussed the close relationship between ?? and ?? and the important role scholarships such as @MarshallScholar play in that relationship pic.twitter.com/ihC9plV6GP

Axios’ Jonathan Swan tweeted Tuesday morning after Goldstein released the statement on Tillerson’s firing, “Some context: Steve Goldstein is loathed inside the White House and regarded as openly anti-Trump, as we’ve reported. (Which is ironic given he’s a political appointee.)”

In a statement after his own firing, Goldstein said, “This has been an honor of a lifetime and I’m grateful to the Secretary and the President for this opportunity. I wish everyone well and look forward to getting more rest and perhaps winning an indoor rowing competition. We will see what happens next.”

During his three months at the State Department, Goldstein worked to downplay reports about conflict between Trump and Tillerson, along with reports that Tillerson would be removed as Secretary of State.

“The secretary will be here. As a matter of fact I know there was a period of time last year when people euphemistically referred to the Secretary of State as ‘Rexit,’ a play on Brexit, and with a belief that he was leaving. He was never leaving the post. He serves at the pleasure of the president and I think…I’d like to let people know that he is the secretary of stay,” Goldstein told the BBC, according to CBS News. 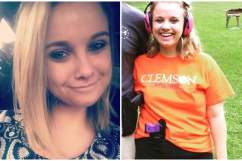 Loading more stories
wpDiscuz
0
0
Would love your thoughts, please comment.x
()
x
| Reply
Steve Goldstein, an aide to former Secretary of State Rex Tillerson, has been fired after he released a statement contradicting the White House on Tillerson's dismissal.