Rannita Williams, a young Shreveport, Louisiana, mother, was horrifically gunned down during a Facebook Live video stream as the gunman muttered that he would make her famous.

You can watch the video below, but be aware that it is very disturbing. Although it doesn’t show Williams’ death because the phone falls to the ground, you can see the silhouette of the gunman in the background and hear his disturbing and expletive-laden taunts as the gunshots ring out. Police have identified the accused shooter as Johnathan Robinson, 36, a convicted felon.

Robinson is also accused of shooting a police officer in the wrist.

1. Williams, Known as ‘NuNu,’ Appeared Unaware of the Danger in the Disturbing Video

In the video, the shooter stalks back and forth muttering obscenities and taunts while Williams – seemingly oblivious to the pending danger behind her – speaks on the phone with the video streaming live on her Facebook page.

Williams, 22, went by the nickname NuNu. You can watch the video below, but be aware that it is graphic and the language is also disturbing.

Here’s another view of the troubling video:

In the troubling video, Williams speaks into the screen, saying, “Hey y’all, this is NuNu… I didn’t have any business doing all that. My page been blocked.” It’s not clear what she was talking about, however, the gunman is seen in the background making comments as he walks back and forth. 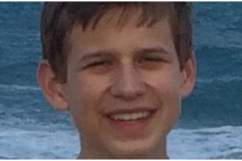 “Everybody wanna be famous. I’m gonna make you famous,” the gunman mutters in the background at one point before opening fire, killing Williams.

Earlier in the video, Williams referred to someone on the phone as “Aunt Lola.” It appears that she and the gunman are engaged in two different conversations.

“You think I’m worried about the police right now?” asked the gunman, adding, “You wanna be famous? I’m gonna make you famous. Everybody wanna be famous, let’s be famous today.”

One woman who knew Williams wrote on Facebook, “My heart goes out to Nunu family & especially her kids lord have mercy mane I ain’t knw her that well but this was my first time meeting her at Patricia party she was so full of life,so sweet.” Williams’ last public post on Facebook read, “The main ones who you think got mad love.. really be the ones with the most HATE❗️❗️” and her profile stated “#HatedByManyConfrontedByNone!”

Rannita Williams was also a mother, judging from her Facebook page, which is filled with photos of her children as well as glamour shots of Williams out on the town. With one photo of a young boy, she wrote, “I Do this for my Son.. Yeah I Love him to Death! On the Cool I love him more than myself❗️??? #OnlySon ? #KinG.” With a photo of a young girl, she wrote, “And My Daughter go with Me Too Every Performance! ???” On March 25, she wrote, “I Ain’t the perfect Mother! But I want the best for my Daughter! ??????”

4. The Accused Gunman Was in a Standoff With Police for More Than an Hour, Exchanging Gunfire With Officers, Before Being Taken Into Custody, Authorities Say

The suspect, Robinson, is under arrest. A police officer was also shot in the incident, and Williams was dead on arrival at the hospital, according to The Shreveport Times, which reported that Robinson became combative in the jail.

According to The Associated Press, “Preliminary information suggests 36-year-old Johnathan Robinson and police exchanged gunfire and bullets struck an officer in the wrist. Robinson holed up inside the home for more than an hour before surrendering.” That’s when authorities found Williams’ body, AP reported.

5. Robinson Has a History of Domestic Violence Allegations

The accused gunman has a history of domestic violence allegations.

In 2015, he was accused of beating up a girlfriend. “Robinson ran his girlfriend at the time off the road, dragged her into a house and started beating her. When police arrived, he confronted them — then went back inside the house, locked the door and kept beating his girlfriend,” reported KTBS-TV.

He received probation and a suspended sentence in that case, the television station reported.