Alice Marie Johnson, the 63-year-old Memphis woman whose life sentence for a drug conspiracy is being commuted by President Donald Trump, has a large family. She is a mother, grandmother, and great-grandmother.

President Donald Trump announced on June 6, 2019 that he has decided to commute the sentence of Alice Johnson, and video soon showed her release. Johnson said in an interview that she would tell Trump thank you for “not just looking at some data about my crime, but actually looking at the person who I have become now and having faith that I deserved a second chance in life.”

Alice Johnson has been released from federal prison after POTUS signed an order commuting her sentence. @KimKardashian pushed for Ms. Johnson's release for months after learning of her plight on Twitter. Ms. Johnson was set to serve life in prison for a non-violent drug offense. pic.twitter.com/QcOXPH6H2R

Trump’s action, which was revealed in a White House press release, came just days after Hollywood reality star Kim Kardashian visited the White House to plead for Alice Marie Johnson’s release. The cause of the 63-year-old non-violent offender, who became an ordained minister in federal prison, also drew hundreds of thousands of signatures to a petition. You can see court documents, such as the original indictment, later in this article.

1. Alice Johnson Is a Mother of Five Who Married Her Childhood Sweetheart

A Mic.com article described Alice Johnson’s journey and how she ended up making the choices she did, reporting, “She lost her job at FedEx due to a gambling addiction, her son was killed in a motorcycle accident and her marriage ended in divorce.” Alice Johnson was convicted in Memphis, Tennessee. The sentencing dates back to 1996.

Good luck to Alice Johnson. Have a wonderful life!

She is a mother to five children. Johnson wrote a lengthy article for CNN. In it, she explained, “Before my incarceration, I had a full life. I married my childhood sweetheart and became the mother to five beautiful children. As the years went on I became a facilitator training people on how to be managers. I was a manager at FedEx for seven years. Life for a time was good.”

She added, “But after almost two decades together and a tumultuous relationship, my husband and I divorced in 1989. It was during this time that my life began to spiral out of control. I lost my job — and — then my youngest son was tragically killed in a motorcycle accident.”

In the letter to CNN, Johnson concluded, “No matter what happens, I was not built to break. I will keep writing. I will continue to hold my head high and live a productive life either as a free woman or here behind bars. God has shown me my strength.” 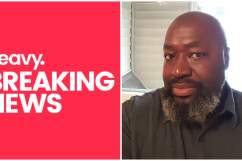 2. Johnson’s Daughter, Tretessa Johnson, Wrote That Her Mother ‘Has Accepted Full Responsibility for Her Actions’

In a statement she posted on her Facebook page, Alice’s daughter, Tretessa Johnson, wrote:

CLEMENCY GRANTED!!! MAMA IS COMING HOME!!! Thanks so much President Trump for extending mercy towards my mother and giving her her freedom back! My heart is so full of gratitude for the beautiful inside and out Kim Khardashian West who decided to advocate for and essentially save the life of my mother, someone she had never heard of or met! I’m forever grateful for what you have done for my mother and family. Thanks to Jared Kushner, Ivanka Trump, Shawn Holley, Jennifer Turner, Brittany Barnett, Michael Scholl, Kendall Ceisemier, Amy Povah, Jonathan Perri, Topeka Sam, Mic, Change.org, Nkechi Taifa, Kemba Smith, Maurenne Griece, Various Media Outlets reported my Mama’s story, Friends and Family Members who have supported us and were on team Alice from day 1, all those who shared and signed the Change.org petition, Congressmen, Community Leaders, and Organization that supported my mother. If I left you off this list please charge my mind not my heart. I’m so full of thankfulness and joy right now I can barely think straight. Love you all! ?

Tretessa has been instrumental in seeking her mother’s release. According to her Facebook page, Tretessa studied business and electrical engineering in college and lives in Arizona.

On @KimKardashian: "She’s been like our angel… she really saved my mom's life."

More than 200,000 people have signed the Change.org petition on Alice Johnson’s behalf.

Tretessa Johnson, Alice’s daughter, started the petition, which reads, “My mother, Alice Marie Johnson is a 62-year-old grandmother serving life without parole for a first time nonviolent drug offense. She has been in prison 21 years and will die there unless President Trump grants her clemency.”

FULL INTERVIEW: 63 year old Alice Johnson speaks out to @michaelstrahan. Her life sentence for a first-time non-violent drug offense was commuted by President Trump after a meeting with @KimKardashian in the Oval Office: https://t.co/CdOTHNIO5L pic.twitter.com/WVO3h7RqyS

The petition says that Alice Johnson has been a model inmate. “My mother has accepted full responsibility for her actions and used that experience to better her life and the lives of others.”

Tretessa says her mother has become an ordained minister while behind bars and has written plays.

“Since being incarcerated she has been a model prisoner who mentors women and has become an ordained minister,” the petition says. “She has also written, directed, and produced several plays and writings for conferences outside of prison walls, choreographed dance teams, and completed many classes and certifications.”

3. Alice Says Visiting Prison Was Like Visiting a Grave Site to Her Family & the White House Says She Deserves a Second Chance

In a video interview posted by Mic.com, Alice Johnson said of her life prison term: “It’s like an unexecuted sentence of death.”

She described the toll that her lengthy incarceration has had on her family. “One of my family members told me one time, and I’ll never forget this, that coming to visit me in prison is like visiting a gravesite,” she said in the video. “They said they can see the site where my body lay but they can never take me home again.”

The White House, in announcing the sentence commutation, praised Johnson for accepting responsibility and called her a “model prisoner.”

“Ms. Johnson has accepted responsibility for her past behavior and has been a model prisoner over the past two decades,” The White House wrote in a statement. “Despite receiving a life sentence, Alice worked hard to rehabilitate herself in prison and act as a mentor to her fellow inmates. Her Warden, Case Manager, and Vocational Training Instructor have all written letters in support of her clemency.”

The White House quoted the Warden, Arcala Washington-Adduci, as saying, “since Ms. Johnson’s) arrival at this institution, she has exhibited outstanding and exemplary work ethic. She is considered to be a model inmate who is willing to go above and beyond in all work tasks” and added, “While this administration will always be very tough on crime, it believes that those who have paid their debt to society and worked hard to better themselves while in prison deserve a second chance.”

Johnson’s prison case manager submitted an overview to the U.S. Department of Justice in 2016 calling Johnson an “exemplary inmate” who “has been an instrumental asset for the unit. She has a positive attitude and is always willing to help out when needed.” Among other things, she maintained “clear conduct her entire incarceration.” She coordinates her unit’s Christmas decorations, was selected as a mentor, and shows “the highest caliber of work ethics and is a great team player who helps in all areas.” You can read the case manager’s letter, as well as other letters in support of Johnson below:

Johnson did not have the opportunity for parole because she is incarcerated in the federal system and received a life sentence. According to Mic, she is one of more than 3,200 people serving life without parole sentences for a nonviolent offense in the federal system, 65 percent of whom are black and most of whom are drug offenders. Those figures came from a 2013 report by the American Civil Liberties Union, which you can read here. You can read the original indictment in Alice Johnson’s case here:

In the video, Alice Johnson described how she was in management for 10 years but lost her job and “struggled financially.” She felt like a failure and “out of desperation” she “made one of the worst decisions of my life. I became involved in a drug conspiracy,” she says.

Here are some of the tweets that Kim Kardashian posted about Alice Marie Johnson:

Happy Birthday Alice Marie Johnson. Today is for you ??✨

I would like to thank President Trump for his time this afternoon. It is our hope that the President will grant clemency to Ms. Alice Marie Johnson who is serving a life sentence for a first-time, non-violent drug offense.

There was also a petition on Change.org urging Trump to grant Alice Johnson clemency, and she received support from politicians and prison reform advocacy groups. Johnson is not the only federal inmate whose freedom Kardashian West has pursued. She posted on Twitter in support of Matthew Charles, a man sent back to federal prison after being released under President Obama’s drug offender commutations. There has been no word from Trump on the Matthew Charles case, however.

4. Alice Johnson Was Working as a ‘Telephone Mule,” Her Daugher Says

What did Alice Johnson do? According to Alice Johnson’s daughter, her mother’s role in the conspiracy was through the telephone. “My family’s life changed forever when my she was sentenced to life in federal prison,” she wrote on Change.org. “She was one of thousands of first time, nonviolent offenders who were given long mandatory prison terms.”

Tretessa explained some of the details of the offense, writing, “She had lost her job and became a telephone mule passing messages between her coconspirators.”

The Change.org petition quotes Alice Johnson as saying, “I couldn’t find a job fast enough to take care of my family. I felt like a failure. I went to a complete panic and out of desperation I made one of the worst decisions of my life to make some quick money. I became involved in a drug conspiracy.”

According to the indictment, the drug conspiracy, which include many people other than Johnson, involved a scheme to transport cocaine from Texas to Tennessee and elsewhere.

Some of the conspirators met at Alice Johnson’s house, the indictment says, adding that Alice rented an apartment in her daughter’s name. The indictment says she also delivered large sums of money as payment for the cocaine. One 1992 meeting between Johnson and other conspirators occurred at a Memphis mall, where they discussed cocaine transactions.

Alice Johnson has a large family and is a great-grandmother. “My mom’s desire upon release is to assist the community with the needs of ex-offenders to help reduce recidivism,” says her daughter in the Change.org petition, adding that Alice “has 6 grandchildren and 1 great grandchild.”

“It serves no purpose or benefit to society to have her locked up for life. Her large and loving immediate and extended family and friends would welcome her return.”

The Associated Press article at the time of Johnson’s sentencing is headlined, “Memphis drug dealer gets life in prison.” The story reports that Johnson, then 41, was sentenced to life in prison for “leading a multimillion-dollar drug ring that dealt in tons of cocaine from 1991-94.”

U.S. District Judge Julia Gibbons sentenced Johnson. The story reports that Gibbs called Johnson “the quintessential entrepreneur” in the sentencing hearing, decrying the impact that 2,000-3,000 kilograms of cocaine had on the community. The story reported that the Memphis drug conspiracy was affiliated with Colombian drug dealers.