Getty First Lady Melania Trump is generating controversy with her jacket choice for her border trip.

First Lady Melania Trump wore a jacket that with the phrase, “I really don’t care, do u?” written on the back while traveling to the U.S.-Mexico border to visit a facility holding children separated from their parents. Trump had the jacket on as she made the trip from the White House to Joint Base Andrews and then as she boarded Air Force One. She did not have the jacket one when she exited the plane in McAllen, Texas.

You can see the back of the jacket here:

This is the jacket Melanie Trump @FLOTUS wore when getting on the plane to visit the workers at a shelter for children in McAllen, Texas. I kid you not. pic.twitter.com/boIf2OY6jd

The “Green Hooded Military Jacket” is made by Zara and sold for $39. The company also sells a kids version of the jacket, which says “Let’s go and don’t look back.” A fashion blogger posted several photos of the jacket last year.

The irony of Melania Trump's distasteful Zara parka slogan is that this is what the kids version of the jacket says… https://t.co/wEnWbkoVCR pic.twitter.com/lVBnNDmT8b

Stephanie Grisham, the communications director for the first lady told CNN, “It’s a jacket. There was no hidden message. After today’s important visit to Texas, I hope the media isn’t going to choose to focus on her wardrobe.” According to HuffPost, Grisham added a parenthetical to her statement, saying “Much like her high heels last year,” a reference to the criticism the first lady received for wearing stilettos while boarding Air Force One en route to Texas to tour aras damaged by Hurricane Harvey with the president.

Grisham tweeted, “Today’s visit w the children in Texas impacted @flotus greatly. If media would spend their time & energy on her actions & efforts to help kids – rather than speculate & focus on her wardrobe – we could get so much accomplished on behalf of children. #SheCares #ItsJustAJacket”

"It's a jacket. There was no hidden message. After today's important visit to Texas, I hope the media isn't going to choose to focus on her wardrobe," @StephGrisham45 in response to questions about @FLOTUS decision to wear a jacket with "I really don't care. Do U?" on it.

Today’s visit w the children in Texas impacted @flotus greatly. If media would spend their time & energy on her actions & efforts to help kids – rather than speculate & focus on her wardrobe – we could get so much accomplished on behalf of children. #SheCares #ItsJustAJacket

Melania Trump made the decision to travel to the border on Wednesday amid the child separation controversy.

“She wants to see what’s real,” Grisham said during a press briefing, according to CNN. “She wanted to see as close to what she had been seeing on TV. She wants to see a realistic view of what’s happening.”

GettyFirst Lady Melania Trump steps out of her motorcade before boarding an Air Force plane and traveling to Texas to visit facilities that house and care for children taken from their parents at the U.S.-Mexico border June 21, 2018 at Joint Base Andrews, Maryland.

She traveled along with Health and Human Services Secretary Alex Azar and toured the Upbring New Hope Children’s Shelter and a government facility. In a statement, Grisham said, “First Lady Melania Trump has arrived in Texas to take part in briefings and tours at a nonprofit social services center for children who have entered the United States illegally and a customs and border patrol processing center. Her goals are to thank law enforcement and social services providers for their hard work, lend support and hear more on how the administration can build upon the already existing efforts to reunite children with their families.”

According to its website, Upbring New Hope Children’s Shelter, “was a vacant McAllen nursing home and assisted living facility when Upbring took it over and transformed the buildings and campus to help unaccompanied minors in Fall 2014. Children ages 6-17 receive lifesaving support at New Hope, including food, clothing, medical care, case management, education and psychological and spiritual care. Children at New Hope are surrounded by professional staff 24/7, which encourages their personal and academic development and empowers them with skills and resources to take the next steps toward productive lives once their legal cases are resolved.”

. @FLOTUS gets tour of kids’ rooms, notes how tidy they keep them pic.twitter.com/E5m90zbp1A

The website says, “At Upbring, we’re changemakers determined to create a world where all children are cherished. We understand that breaking the cycle of child abuse means more than removing children from harmful situations and providing clothing, food and shelter. Because when the cycle is broken, it means children get to live every moment of every day with every inch of their whole hearts. So you’ve got to help children heal physically, emotionally and spiritually. Upbring does this. We’ve been helping children thrive for more than 135 years, and we’re not stopping. We have an opportunity to shape not only the way we deliver our programs and services, but shape the way Texas treats children. We have Faith in Every Future.”

GettyFirst Lady Melania Trump was wearing a different jacket when she exited Air Force One and toured the border facility.

Melania Trump’s visit to the border came a day after her husband signed an executive order stopping his own administration’s policy of separating children from their families, which had led to widespread criticism from voices on both sides of the aisle. Trump had previously claimed it was up to Congress to fix the issue. There was a sharp increase in the amount of children taken away from their parents after Trump’s administration started a “zero tolerance” policy that led to criminal charges against anyone caught illegally crossing the border.

“I’m here to learn about your facility, in which I know you house children on a long-term basis,” she said during her visit at New Hope. “And I’d also like to ask you how I can help these children to reunite with their families as quickly as possible.” 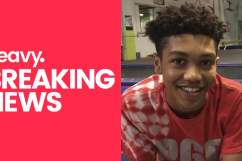 Loading more stories
wpDiscuz
0
0
Would love your thoughts, please comment.x
()
x
| Reply
Melania Trump wore a jacket that said "I really don't care, do u?" on the back on her way to visit detention centers holding children at the border.