A Missouri woman has lost her job, won’t be able to join the Air Force and is facing outrage on social media after a racist Snapchat video of her using the n-word was shared on Facebook. Tabitha “Tabbie” Duncan was fired from her job at a St. Louis restaurant just hours after the video began to go viral, the Riverfront Times reports.

In the video, Duncan can be heard using the racial slur while others talk about going “n*gger hunting.” The shocking video was shared on Facebook on June 10 by someone who saw it on Snapchat and it has since been shared by many social media users, including social justice activists. Duncan, a 20-year-old Jefferson County, Missouri, resident was fired by the Social Bar and Grill, described by the Riverfront Times as a “breastaurant,” on Monday, June 11, the bar said on Facebook.

Duncan, has deleted most of her social media profiles, including a June 10 tweet saying she had “dropped to her knees in prayer,” and could not be immediately reached for comment by Heavy. Two other people seen in the video have been identified as Joshua Davenport and Brianna Haas.

Duncan told the New York Daily News she was with people she “barely knew,” when the video was recorded. She told the newspaper, “I was intoxicated. I have black friends, I have black people in my family, I didn’t mean it. I didn’t know that I was being videod.” Duncan claimed she is no longer friends with Haas, who posted the video to Snapchat. “It taught me a lot of lessons. I am so sorry,” she told the Daily News. “I didn’t mean to hurt anybody, I was drunk. I need to seek help.”

Here’s what you need to know about Tabbie Duncan and the video:

1. Duncan Says in the Video ‘You Get Them N*ggas’

The brief Snapchat video was posted to Facebook on Sunday by Kalle Bates, who saw it on Snapchat. You can watch the video, which is uncensored and includes multiple uses of the n-word, above. Bates wrote in her post, “So many things wrong with this Snapchat… drinking and driving and what’s being said. Why does this still get said, joke or not?”

The man then says to her, “look at my soon-to-be sister-in-law, she looks so pretty.” Duncan then smiles as the video ends.

The video was posted to Snapchat by Brianna Nicole Haas. And one of the men in the video has been identified as Joshua Davenport. The other man has not been identified. 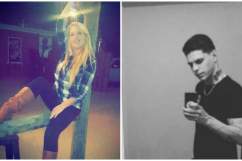 Tabbie Duncan at Social Bar and Grill, where she worked as a waitress.

The Social Bar and Grill was flooded with comments Sunday night and Monday morning about Tabbie Duncan, who was featured in several photos on their Facebook page in her Social waitressing uniform. Those photos have since been removed and the bar posted a message Monday afternoon saying Duncan had been fired from her job there.

In response to that screengrab, the restaurant’s owners wrote on Facebook, “The initial response made regarding the video being posted to the social media page was made by a person who helps with the social media aspect of our marketing and didn’t know the person or if they were even an actual employee. Once the owners became aware and confirmed it was an actual employee, immediate action was taken and the employee was terminated.”

3. Duncan Recently Enlisted in the Air Force Reserve, but Won’t Be Able to Join After the Viral Video Incident

Tabitha “Tabbie” Duncan recently enlisted in the Air Force Reserve, according to a social media post from a family member. The family member wrote in the post, May 31 post, which shows Duncan standing between an American flag and the Air Force flag with her hand raised as if she was being sworn in, “So Tabbie Duncan did a thing today. Welcome to the United States Air Force!! So proud of you.”

When asked on Facebook about the video, a representative from the U.S. Air Force Recruiting page replied, “We have been made aware of a video online of an alleged reserve Airman who made racially insensitive comments. We are looking into the matter and we appreciate this being brought to our attention. The U.S. Air Force values diversity and inclusion; our Airmen come together to produce an incredible team that can accomplish any mission and overcome any challenge. We believe that our greatest asset is our diverse, innovative and technically-savvy workforce. Our Airmen come from all backgrounds and remarks such as these do not fall in line with our culture. We take incidents like this very seriously and action will be taken upon further investigation as necessary.”

Other social media posts show that Duncan works or has worked at Barnes-Jewish West County Hospital in Creve Coeur, Missouri. A photo on her Instagram page shows her with another hospital employee with a hospital name-badge clipped to her shirt. It is not clear what job she had or has at the hospital. The hospital has also not commented about the video or Duncan’s employment status.

4. She Is Also an Aspiring Model & Has Posted Several Modeling Photos on Her Instagram Page

Tabbie Duncan is also an aspiring model, along with being an Air Force recruit, a waitress and a hospital staffer. Her Instagram profile is filled with photos from her modeling shoots.

Duncan also has a modeling page on Google Photos featuring pictures taken at shoots between October 2017 and February 2018.

Duncan is from Imperial, Missouri, in Jefferson County, about 25 minutes outside of St. Louis. She has three sisters. Duncan graduated from Seckman High School in Imperial two years ago, where she was a cheerleader.

5. On Her Facebook Page, Which Included Pro-Trump Memes & Memes Attacking NFL Players, She Posted a Quote Saying ‘Everyone Makes Mistakes in Life’ as the Video Went Viral

Duncan deleted her Facebook page after the video began to go viral. According to the Riverfront Times, the page included pro-Trump memes and a meme bashing NFL players for kneeling during the National Anthem.

Before deleting her page, Duncan shared a quotation that said, “Everyone makes, mistakes in life, but that doesn’t mean they have to pay for them the rest of their life/sometimes good people make bad choices/It doesn’t mean they are bad.”

In April, she wrote on Twitter, “There comes a time where you need to realize every decision you make, needs to be for you. Despite selfishness and criticism acts you’ll be thrown, just know what you do now is what you’ll have later. Everything will fall in place, I promise.” And in another tweet, she wrote, “God will have you through it before anyone else will.” 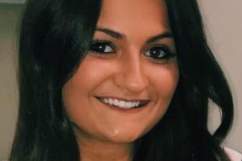 Loading more stories
wpDiscuz
0
0
Would love your thoughts, please comment.x
()
x
| Reply
Tabbie Duncan has been fired from her job at a St. Louis, Missouri, restaurant over a Snapchat video of her using the n-word while talking about "n*gger hunting."