Judge Amul Thapar, of the U.S. Court of Appeals for the Sixth Circuit, met with President Donald Trump and is considered to be one of the finalists to replace Justice Anthony Kennedy on the Supreme Court, CNN reports. Thapar, 49, of Kentucky, is married to Kim Thapar.

Thapar is being pushed for the job by Senate Majority Leader Mitch McConnell, who is also from Kentucky. McConnell has backed Thapar, a former federal prosecutor, as he rose to become a federal judge and then to the appeals bench.

“I think he’s absolutely brilliant, with the right temperament,” McConnell told the Lexington Herald-Leader of Thapar. “But others have their favorites. And I have no idea who the president may choose.”

Trump has said he will announce his pick on July 9.

Here’s what you need to know about Kimberly Schulte Thapar, Amul Thapar’s wife:

1. Kim Schulte Comes From a Large Catholic Family From Kentucky & Amul Thapar Converted to Catholicism When They Married

Kim Schulte Thapar, 53, and Amul Thapar, 49, have been married for several years, but few details about their personal lives, including when and how they met and when their wedding was, are not available. Kim has been by her husband’s side as he rose from prosecutor to federal judge to the Appeals Court. When he appeared before the U.S. Senate in 2007 for his confirmation hearing to become a Kentucky federal judge, Senator Mitch McConnell spoke about his family.

“Amul has a wonderful family who are all very proud of him and all he has achieved,” McConnell said, mentioning Kim by name.

While Kim Thapar is a Kentucky native, Amul Thapar was born and raised in Michigan. His parents are immigrants from India. His father, Raj Thapar, told the Louisville Courier Journal in 2016 that their family was culturally Hindu, but not devout.

The Courier Journal wrote that Kim Thapar, “comes from a big Catholic family, and Thapar converted when they were wed, his father said.” 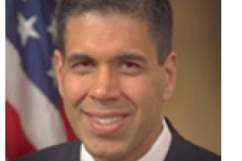 2. Amul & Kim Thapar Have 3 Children Together

Amul Thapar and his wife at the Kentucky Derby,

Amul and Kim Thapar live with their three children in a $390,000 suburban brick home in Edgewood, Kentucky, according to the Courier Journal. They have two sons, Nicholas and Zachary, and a daughter, Carmen, according to McConnell’s introduction at Thapar’s Senate hearing in 2007. The kids are in high school and college.

Kim Thapar was born and raised in Kentucky, according to her Linkedin profile. She graduated from Notre Dame Academy in Park Hills, Kentucky, in 1982.

After high school, Kim Thapar studied at Northern Kentucky University, where she graduated with a degree in business administration and management in 1986. She later studied early childhood development at the University of Maryland-Montgomery College from 1997 to 1998. Amul Thapar worked as an attorney at the Williams & Connolly law firm in nearby Washington, D.C. during that same time period, as well as at Georgetown University and the D.C. U.S. Attorney’s Office. 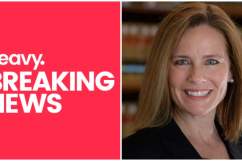 4. She Works as a Realtor & Her Husband Disclosed That Her Company Has Ties to Berkshire Hathaway

Kim Thapar works as a realtor at Huff Realty in northern Kentucky, according to her website and Linkedin profile. She has worked there since 2014. She wrote on Linkedin:

Real Estate is my passion! Born and raised in Northern Kentucky I have an extensive knowledge of the area and the housing market. I have access to the most current technology and tools that will allow me to provide you with all the necessary information that will help you to make the best decisions regarding the purchase or sale of your home.

My commitment to you is that I will be available to answer any questions you have. You will be kept in the loop regarding every aspect of the transaction from the contract and negotiations to the inspections and closing. Buying or selling a home can be stressful. After all, you are making one of the biggest financial decisions of your life. You can count on me being there every step of the way to make the transition as smooth as possible.

“I would recuse myself from all cases involving Berkshire Hathaway,” he wrote in the questionnaire in 2017. “I also own stock in various companies. I intend to sell most of that stock or transfer it to mutual funds; while conflicts usually do not arise on my district court docket, they would be more likely on the Sixth Circuit. (I might maintain my Berkshire Hathaway stock since I would have to recuse from those matters either way). I would of course recuse myself from any matter in which I have a financial interest. Should any other potential conflicts of interest arise, I will adhere to the Code of Conduct for United States Judges and other applicable authority regarding their resolution.”

5. Kim Thapar Gave $2,300 to Senator Mitch McConnell’s Campaign Committee Right After Her Husband Was Nominated to Be a Federal Judge

GettySenate Majority Leader Mitch McConnell speaks to reporters during a news conference on Capitol Hill following a procedural vote on the GOP health care bill on July 25, 2017 in Washington, DC.

In June 2018, a liberal group put out an ad that sought to paint Judge Amul Thapar as a friend of Senator Mitch McConnell and a “far right” judge who would allow wealthy donors to influence his decisions. According to McClatchy DC, the ad mentioned that Thapar’s wife, Kim Thapar, had made a contribution to McConnell’s re-election campaign just before the Kentucky senator nominated him to the federal bench in 2007.

The Federal Election Commission website shows that Kim Thapar, listed as a homemaker, contributed $2,300 on April 30, 2008, a year after McConnell had backed her husband’s nomination to the become a district court judge in Kentucky. Kim and Amul Thapar and McConnell have not commented about the contribution.

“The last person we need on the Supreme Court is a Mitch McConnell crony who will interpret the Constitution with the goal of helping Republicans win elections,” Brian Fallon, a former press secretary for Hillary Clinton’s presidential campaign and the executive director of Demand Justice, the group that funded the ad, told McClatchy.

The FEC website shows that the only other contribution Kim Thapar has made to a federal campaign was in 2010, when she gave $500 to “Friends of Trey Grayson.” The Republican was a candidate during the 2010 GOP primary to replace Jim Bunning in the U.S. Senate. He lost that race to Senator Rand Paul. 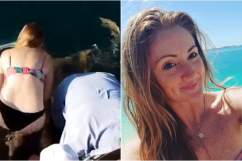