An Australian woman on a “once-in-a-lifetime” trip found herself in a moment she will never forget as she was grabbed by the finger by a shark and pulled into crocodile-infested water. The harrowing experience was caught on cell phone video as the woman, Melissa Brunning, was yanked into the water while feeding the tawny nurse sharks in the Kimberley region of Western Australia, a sparsely populated area in the northern part of the country known for its beautiful wilderness and isolated coastline.

Brunning, 34, was rescued and survived, but did suffer a serious finger injury, she told 7 News. The incident happened last month and Brunning, of Perth, was able to continue on her two-week vacation, but did learn a valuable lesson. “Be mindful of your surroundings and don’t feed sharks,”she told the news station, which first reported on the video on July 1.

“This was a spur of the moment trip to a once in a lifetime destination,” she wrote on Facebook. “Life is all about saying yes to opportunity and making the most of every moment… I’m not sure what came over me thinking feeding sharks was a great idea however, I was so scared holding out the fish… but I felt the fear and did it anyways. Shark-1 Me-0 Life lesson – Don’t feed sharks Kids…. Admire their beauty, live in the moment, be present but keep your fingers to yourself!!”

You can watch the video and learn more about Melissa Brunning and her experience below:

The terrifying video shows Melissa Brunning bending over to feed a fish to the tawny nurse sharks as they swim around her. Tawny nurse sharks are carpet or bottom feeders that are typically docile and do not often attack humans, according to the Florida Museum. But the sharks are known to have strong jaws and sharp cutting teeth, making them “potentially dangerous.” The museum says the sharks should be “treated with respect.”

Brunning is seen in the cell phone video alongside a friend as the shark swims up to her. “Come on, turn around fella,” another person says. Suddenly the shark turns to her and she puts the fish and her hand in the water. As the shark clutches onto her finger, Brunning screams and is pulled into the Dugong Bay water, which is infested with other deadly animals, including saltwater crocodiles. The man next to her then pulls her out of the water to safety.

“It happened so quickly, all I could focus on was the fact that my finger is gone,” she told 7 News. “It clamped on it and it felt like it was shredding off the bone. I thought it was gone, I thought if I look at it I’d probably go into shock.” She later learned her finger was attached, but she had suffered a deep wound and a fracture, which needed surgery.

She told Perth Now that the shark had suction “like a Hoover” and razor-sharp teeth.

Brunning was able to continue on her vacation, and when she came home she learned she had a fracture and torn ligament, along with an infection, which she is still treating with antibiotics.

“It was an unforgettable trip, I’ve got a cool story, a cool injury and I’ll have a cool little scar, but I’m just grateful that it wasn’t worse than what it was,” she told Perth Now. 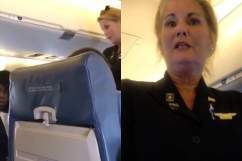 Brunning Says She Knows Sharks Are ‘Precious’ Animals You Should Only Observe From Afar, Not in ‘Their Domain’

Brunning told Perth Now, “This is not a shark attack, this is just a blonde doing a stupid thing. I’m not a shark victim .. I have full respect for sharks, I think they’re incredible. I’ve always had the opinion that when you’re in the water, they’re top of the food chain, it’s their domain. We’re not meant to be in the water, if we were we’d have gills.” She added that she’s learned to “respect marine life and look at it in awe, but just leave them alone.”

On Facebook she added, “I’m quite blown away at how this story has made it across the world! Please let me assure you all, this is NOT a shark ‘attack’ this is me doing a silly thing and suffering a consequence. Our sharks are very precious and whilst they have always scared me to death I have a lot of respect for them. The water is their domain… and we should appreciate and admire them from a far ?☝?? thank you for all the beautiful messages asking if I’m ok and if my finger is oK ??? #dontfeedsharks.”

On Instagram she posted a photo of a crocodile taken during her trip and wrote, “Kept my fingers well away from this guy however!!” 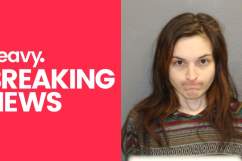 She Is the CEO & Founder of Wild and Free, Which She Started to ‘Inspire Others to Break Free From the 9-5’

On Facebook, Brunning says she is the founder and CEO of Wild and Free. On the Wild and Free page, she writes, “My mission is to inspire others to break free from 9-5 & live LIFE on their terms, to be WILD and FREE to follow their dreams, to explore & go on adventure.”

She wrote in August 2017, “Ever have those moments in life where change feels to scary and uncomfortable that you end up doing nothing? Well that is the exact moment you should take that leap of faith.”

Her photos show her on trips around Australia, in Japan, Hong Kong and elsewhere.

She wrote on Facebook, “Don’t spend your days simply existing… start living your life. We’re given one shot at this life, so make it beautiful, make it kind, make it adventurous, take chances, try something new, find your inner smile and most of all be Wild and Free ? #wildandfree.”

Brunning also sells Juice Plus products, according to her Instagram profile.

She writes in her Instagram profile, ” Leave no stone unturned • Life is an Adventure • Take Risks • Explore • Experience • Leave your mark wherever you go • Travel • Health • Wealth • Love.” 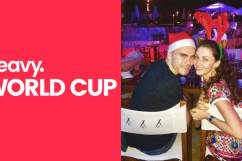 Read More
Animals, Australia, Breaking News, Video
wpDiscuz
0
0
Would love your thoughts, please comment.x
()
x
| Reply
Melissa Brunning, a woman from Australia, was dragged by her finger into crocodile-infested water by a shark, a terrifying video shows. She survived the harrowing incident.