Getty Who will Trump pick for the Supreme Court? Handicapping Thomas Hardiman and Brett Kavanaugh

Thomas Hardiman and Brett Kavanaugh, both federal judges, have emerged as the two top finalists for U.S. Supreme Court as President Donald Trump takes his decision-making down to the wire. Trump then announced that he had chosen Brett Kavanaugh as his nominee, praising his legal mind.

Earlier in the day, the president was said to be torn between the two men. That was the word of numerous news outlets on July 9, 2018 anyway, although they – such as The New York Times – cited anonymous sources. Although Trump hasn’t definitively ruled out Judges Amy Coney Barrett and Raymond Kethledge, they’ve faded in conversations, multiple news outlets reported.

The New York Times and Wall Street Journal then reported that Trump has chosen someone but didn’t reveal the name. However, the Journal wrote, “Allies of Judge Hardiman said they had been told to be ready to start touting the one-time taxi driver’s blue-collar roots…They also said they’d been told the judge was in Washington, D.C., for a conference.” It’s not clear, though, whether allies of other candidates were similarly told to be ready.

Who will Trump pick? The president is announcing his selection to replace Anthony Kennedy at 9 p.m. Eastern time on July 9, 2018. A word of caution: As everyone knows, Trump is unpredictable, so he could always tip the prediction apple cart upside down by unveiling a surprise. It’s hard to predict who Trump will pick when Trump might not even know himself yet.

However, there are clear pros and cons for a Trump pick of either man, which could explain the drawn-out hesitation.

A great life story boosts Hardiman’s chances. Thomas Hardiman has a blue-collar ethos that appeals to supporters. He was raised in an Irish-Catholic family in Waltham, Massachusetts, a town near Boston, where his father ran a taxi cab business. Central to the Hardiman life story lore: He briefly drove a taxi cab himself to help pay his way through college, and he was the first member of his family to graduate from college.

TribLive reports that Waltham is “a blue-collar town where his family ran Waltham Central Square Taxi — a company his grandfather started in the 1930s with one cab.” He graduated from Georgetown University Law Center, which could add educational diversity to an Ivy League-focused court.

Conservatives also like Hardiman’s record in some cases, especially in the realm of gun issues. He supports the death penalty, has rejected free speech claims, and “has taken an expansive view of Second Amendment rights,” FiveThirtyEight reported. It didn’t hurt him on the right to be called a possible extremist on gun issues in a Washington Post article over the weekend. He also sided with the Little Sisters of the Poor, a group of Catholic nuns, in a case that dealt with an Obamacare contraceptive mandate in a way that conservatives like. But he hasn’t had to explicitly rule on abortion, which would make it harder for opponents to block his nomination in a Roe v. Wade showdown.

Trump’s sister Maryanne Trump Barry serves with Hardiman in the 3rd Circuit and has reportedly spoken positively about him to her brother.

Hardiman was unanimously confirmed to the federal bench, and Senator Majority Leader Mitch McConnell has told Trump that this makes Hardiman a good choice because his nomination would be easier than others. Even Chuck Schumer and Bernie Sanders voted for him last time. 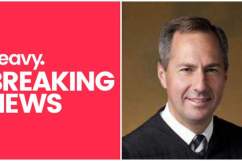 In contrast to Kavanaugh (or Coney Barrett), Hardiman is seen as a moderate. According to FiveThirtyAge, his politics or beliefs would put him squarely between John Roberts and Anthony Kennedy ideologically. Kavanaugh is positioned to the right of Hardiman, which may appeal more to some conservatives.

Social conservatives might not see Hardiman as having the “wow” factor of a Coney Barrett appointment in particular. He’s considered less known to conservatives than Kavanaugh and with less of a record on the bench to ensure his philosophy.

Trump’s sister’s support for Hardiman cuts both ways as some conservatives are unhappy with her rulings on abortion.

CNN’s Jim Acosta wrote on Twitter, “Trump SCOTUS team has looked at Kavanaugh’s past comments on indicting a sitting president, we’ve confirmed. In 2009, Kavanaugh wrote: ‘The indictment and trial of a sitting President, moreover, would cripple the federal government…'” Such a stance must appeal to Trump with the Robert Mueller investigation still looming over his head.

Unlike the other candidates, Kavanaugh has a lengthy record of largely conservative rulings from the bench, and he goes way back in the Republican trenches (FiveThirtyEight puts him far to the right of Kennedy). He helped Ken Starr write his report against Bill Clinton and worked in the administration of a Republican president. This gives comfort to some conservatives who fear that a judge with a less fleshed out record could end up being a David Souter or Sandra Day O’Connor (i.e., more moderate than expected.)

Kavanaugh is said to be a stronger writer, and Kavanaugh has key backers, including Don McGahn, the White House Counsel helping advise Trump on the pick.

GettyBrett Kavanaugh (L) speaks as U.S. President George W. Bush (R) looks on during a ceremony of Kavanaugh to be sworn in as a judge to the U.S. Circuit Court of Appeals for the District of Columbia at the Rose Garden of the White House June 1, 2006 in Washington, DC. Kavanaugh was confirmed by the Senate with a vote of 57 to 36.

That lengthy record comes with a downside, however; there could be landmines in it, but more critically, it poses a practical problem. Senate Majority Leader Mitch McConnell has reportedly raised this concern to Trump, saying that he fears Democrats could bottle up Kavanaugh’s nomination until past the midterms because there’s so much paper on him to plow through. There’s also the question of whether Republicans want to re-litigate the Clinton-era scandals. Kavanaugh was not confirmed with the ease of Hardiman.

Conservatives have also raised concerns about Kavanaugh’s record on the Obamacare mandate and abortion. As a result, some anti-establishment conservatives criticized Kavanaugh in the days leading up to the pick.

He may seem too tied to the Washington and party establishment for a president who ran against those things.

Most critically, Trump is said to be uneasy with Kavanaugh’s extremely close ties to the Bush family. Both Brett Kavanaugh and his wife, Ashley Estes Kavanaugh, worked for George W. Bush. Brett Kavanaugh is a judge serving on the U.S. Court of Appeals for the D.C. Circuit Court. He is a graduate of Yale Law School who also spent time in private practice.

A bio for Brett Kavanaugh also sketches out his Bush ties, saying, “From July 2003 until his appointment to the court in 2006, he was Assistant to the President and Staff Secretary to President Bush.” When Kavanaugh was sworn in as a federal judge, Bush said, “for the past five years, he has served in the White House as Associate Counsel, a senior Associate Counsel, and as Staff Secretary.” He has held other government jobs, and served in George H.W. Bush’s administration too in the solicitor general’s office.

Ashley Estes Kavanaugh, the spouse of Brett Kavanaugh, has deep ties to the administration of George W. Bush as well. Her links to Bush go back to his days as Texas governor.

Her time with Bush dates to his work in Texas as governor there. She was assistant to Governor George W. Bush from 1996 to 1999. She attended the University of Texas at Austin from 1994 to 1997. 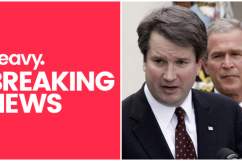 Brett Kavanaugh & George W. Bush: What are the Ties?