Pediatrician and activist Helen Rodríguez Trías is being celebrated with a Google Doodle on what would have been her 89th birthday.

“Today’s Doodle pays tribute to Helen Rodríguez Trías, a physician, educator, and outspoken advocate for women and children’s right to healthcare,” Google says in its Doodle description. “Over time Dr. Rodríguez-Trias expanded her efforts on an international scale, working tirelessly to improve health care for families in Central and South America, Africa, Asia, and the Middle East. “I hope I’ll see in my lifetime a growing realization that we are one world,” she said.

She continued: “No one is going to have quality of life unless we support everyone’s quality of life… Not on a basis of do-goodism, but because of a real commitment…it’s our collective and personal health that’s at stake.”

Here’s what you need to know about Rodríguez-Trías and her career:

1. She Was Born In New York City & Regularly Spoke About the Racism She Experienced

Rodríguez-Trías was born July 7, 1929 in New York City. Her family relocated to Puerto Rico shortly after her birth, as her mother was unable to obtain a teaching license in New York due to the fact that she was bilingual. They eventually returned to New York, where Rodríguez-Trías experienced racism and discrimination firsthand due to her Puerto Rican heritage. According to a 2002 issue of the American Public Journal of Health, she was placed in a class with students who were academically challenged, despite getting good grades and her being able to speak English.

Journal of Health states that it wasn’t until Rodríguez-Trías participated in a poem recital at school that her teachers realized she was a gifted child, and they placed in advanced classes. She graduated from high school in New York City, but at her mother’s urging, she applied to college in Puerto Rico. She wound up attending the University of Puerto Rico in 1948. It was here, according to Changing the Face of Medicine, that her love of medicine and politics conjoined.

“The things I loved the most: science and people,” she said. “I understood that medicine would give me more direct and independent ways to contribute to society, not through organizations or abstract studies, but acting directly on the individual.”

The University of Puerto Rico had a very strong political sect, and Rodríguez-Trías became involved with the student faction of the Puerto Rican Nationalist Party. At one point, she was one of the students who went on strike to support politician Pedro Albizu Campos, but her brother threatened to cut off her college expenses, and she returned to New York City without her degree.

2.  She  Taught Her Students That There a ‘Critical Link’ Between Public Health & Political Rights

Despite her initial setback, Rodríguez-Trías returned to Puerto Rico and eventually earned her B.A. degree in 1957. She continued her political interests, as well, serving as a student activist on issues like freedom of speech and Puerto Rican independence. After obtaining her B.A. she was accepted to the school of medicine at the University of Puerto Rico, where she earned her medical degree in 1960.

Rodríguez-Trías would continue to promote the importance of education throughout her career. She taught at the City College in New York City, where she made a point of raising students’ awareness of the conditions in which they lived in. According to CF Medicine, Trías saw a critical link between public health and social and political rights, and sought to convey that to the younger generation. “I think my sense of what was happening to people’s health,” she explained, “was that it was really determined by what was happening in society— by the degree of poverty and inequality you had.”

Rodríguez-Trías was taught at Columbia and Fordham universities, and was an associate professor of medicine at Albert Einstein College of Medicine and Yeshiva University in New York City.

3. She Improved Women’s Health Rights & HIV/AIDS Awareness In the 1980s

Helen Rodríguez Trías was the first Latina president of @PublicHealth and a founding member of its Women's Caucus, and the recipient of the Presidential Citizen's Medal! @officialNWHP #WomensHistoryMonth pic.twitter.com/BjZY1cVQzJ

Throughout the 1970s, Rodríguez-Trías was a key member of the women’s health movement. “I was inspired by the experiences of my own mother, my aunts and sisters,” she said, “who faced so many restraints in their struggle to flower and reach their own potential.” She was a vocal supporter of reproductive rights, which she learned about after attending a 1970 conference on abortion at Bernard College, and fought against sterilization abuse.

According to Changing Faces of Medicine, the fight against sterilization was another personal one for Rodríguez-Trías, as it had affected many women in Puerto Rico. Between the years 1938 and 1968,  nearly a third of child-bearing women in Puerto Rico were sterilized without being informed of the consequences.

In response to these high numbers, Rodríguez-Trías founded both the Committee to End Sterilization Abuse and the Committee for Abortion Rights and Against Sterilization Abuse. In 1979, she testified before the Department of Health and the Department of Education to pass federal sterilizations guidelines. These guidelines, which she helped draft, require a women’s written consent and waiting period between the consent and the sterilization procedure so that they could be sure it was what they wanted. This practice is still in place today.

In the 1980s, Rodríguez-Trías was the medical director of the New York State Department of Health AIDS Institute, where she specialized in helping women and children who had contracted HIV.

4. She Was the first Hispanic President of the American Public Health Association

✨Helen Rodríguez Trías was a #Pediatrician and Women Rights Activist.

✨FOUNDER of the Women's Caucus of the American Public #Health Association

In addition to her teaching career, Rodríguez-Trías made huge strides in the field of medicine. During her residency at the University of San Juan, she established the country’s first ever center for newborn babies, and managed to decrease the hospital’s death rate by 50 percent within a few years. She founded countless other organizations over the years, most notably the Women’s Caucus and the Hispanic Caucus of the American Public Health Association.

Rodríguez-Trías’ work proved so impactful that she was eventually became president of the APHA, making her the first person of Latin descent to do so. After her death, the APHA named the Helen Rodríguez-Trías Award in her honor. According to their official website, the award is given to a person “who has worked toward social justice for underserved and disadvantaged populations.” The site goes on to state:

This individual’s work should focus on improving the health and well being of these populations and should include the activities of leading, advocating and mentoring. This award is named after the late Dr. Helen Rodríguez-Trías, past president of the APHA and a pediatrician. Dr. Rodríguez-Trías was an inspiration and role model who strove to meet the needs of undeserved and disadvantaged populations, especially women and children.

There have been twelve award given out so far, with the most recent recipient being George R. Flores, MD, MPH. Click here for the full list of winners.

5. She Was Awarded the Presidential Citizen’s Award In 2001

In 2001, Rodríguez-Trías received a Presidential Citizens Medal from President Bill Clinton for her work on behalf of women, children, and AIDS patients. President Clinton’s remarks about her were as follows:

In the 1960’s, Dr. Helen Rodríguez-Trías grew outraged at the poor quality of pediatric health care in her native Puerto Rico, so she created the island’s first center for newborn babies at the University of Puerto Rico Medical Center and cut the hospital’s infant death rate in half. Ever since, in New York, in California, all across America, Dr. Rodríguez-Trías has been working for better patient care, for better treatment and prevention of AIDS, for women’s health rights.

For fighting the good fight and saving countless lives, mostly among poor people that are too often forgotten by others, I am proud to present this medal to Dr. Helen Rodríguez-Trías. 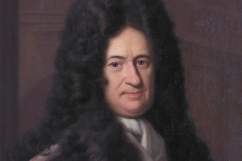