During the MLB All-Star game on Tuesday night, offensive tweets by Brewers pitcher Josh Hader resurfaced. Hader’s account quickly turned to private shortly after, though screenshots were already taken of his tweets prior to that happening.

In the middle of the game, several tweets by Hader which were posted in 2011 and 2012 surfaced, in which he reportedly said the n-word in full at one point and stated point blank that he hated gay people in another.

Hader has a Twitter following of just under 17,000 people. His Twitter profile reads, “Pitcher for the Milwaukee Brewers | Love the life you live | Genesis 27:3 | @mariamacias17”

The Genesis quote referenced in his profile is from Jacob’s Deception, and reads, “Take your weapons— your quiver and bow— and go out in the field to hunt some game for me.”

The Twitter handle in his profile is for Maria Macias, Hader’s girlfriend. Her account is also private.

Hader’s slew of offensive tweets surfaced on a night where Hader had a less-than-ideal professional night, to begin with. Hader allowed a three-run home run at the top of the eighth inning to allow the score to stretch to 5-2. As a reliever in the eighth inning, he ultimately gave up three runs and four hits, including the three-run homer to Mariners shortstop Jean Segura,” according to ESPN.

Following the game, Hader spoke to reporters about his tweets.

“You know, it was something that happened when I was 17 years old, as a child, I was immature…that doesn’t reflect on who I am as a person today, and that’s just what it is.”

When a reporter asked Hader if those tweets reflected his beliefs, he said, “No, not at all.”

Hader also clarified that he did intend to apologize to his teammates on the Brewers’ organization. “Yeah, for sure. It’s something that they shouldn’t be involved in,” he said. “Being 17 years old, you know, you make stupid decisions and mistakes.”

Josh Hader addresses the tweets that surfaced during the game pic.twitter.com/Zzh6uS2frH

Hader then said that he found out about the resurfacing of tweets after coming into the locker room to see his phone was “blowing up.”

“There’s no excuse for what was said,” Hader said. “I’m deeply sorry for what I’ve said…and like I said, it doesn’t reflect any of my beliefs of what’s going on now.”

Josh Hader, part 2 of his comments addressing the tweets pic.twitter.com/tWs2zBmukS

When another reporter asked what the context was to Hader’s tweets, he said, “I’m sure there’s some rap lyrics…I really don’t know what’s all out there.”

Cain continued, “At the end of the day, we’ve all said crazy stuff growing up, even when we were 17, 18 years old. We could follow each other around with a recorder every day… I’m sure we’ll all say some dumb stuff. We’re going to move on from this; he said it, it’s over, it’s done with. We’re focused on playing baseball.”

Lorenzo Cain, who said he spoke briefly to Josh Hader before talking with the media. pic.twitter.com/UJKi1QBII7

Twitter Responses to Haders’ Offensive Tweets Ranged From Shocked, to Amused, to Disgusted

MLB Armchair Analyst Kevin Jenkins posted a series of tweets that were allegedly posted by Hader, captioning the thread, “RIP to Josh Hader’s career.” The tweets are laden with the n-word. One tweet reads, “i don’t give a damn, I’m a triply [n-word], f*ck my lungs, f*ck my liver!”

In addition to racial or homophobic tweets, a slew of sexist and misogynistic tweets were screen-shotted by Twitter users prior to Hader’s account being switched to private.

In other resurfaced tweets, Hader reportedy tweeted, “I don’t drugs, just weed #Halfbaked”, as well as “Suck my c*ck! I’ll murder your family!”

dawg they are 100000% reading those tweets by josh hader right now lmfaooooo pic.twitter.com/08LTJWjMeA

As more of Hader’s tweets have been resurfacing, the reaction on Twitter has been swift, with users both calling attention to the sheer volume of offensive tweets, as well as the shock value of the content itself.

Me: These Tweets couldn't get any worse

Josh Hader: Okay, I'm fairly certain this is the last one.

In the bottom of the ninth inning at the All-Star game, MLB columnist Jeff Passan tweeted, “Some members of Josh Hader’s family, wearing his All-Star replica jersey, have taken them off and been given generic jerseys without his name on the back.”

Some members of Josh Hader’s family, wearing his All-Star replica jersey, have taken them off and been given generic jerseys without his name on the back.

He then tweeted in a follow-up, “One person wearing a Josh Hader shirsey just took it off, turned it inside out and put it back on.”

Another notably ironic tweet was one tweeted by Jon Heyman, a writer at Fancred, earlier in the day: “Josh Hader is my new favorite all star. I named him nicest, most unassuming all star and he gave me a lefty fist bump. From nearby Maryland, this is a real treat for him and his family. #crew”

Josh Hader is my new favorite all star. I named him nicest, most unassuming all star and he gave me a lefty fist bump. From nearby Maryland, this is a real treat for him and his family. #crew

Another Twitter user pointed out the pointlessness of professional athletes’ agents if they aren’t able to spot these issues prior to their happening. “Another classic example of agents/agencies doing fuck all for PR work and totally not earning their 5% cut,” Twitter user Kyle Boddy tweeted.

I saw the Josh Hader thing. Another classic example of agents/agencies doing fuck all for PR work and totally not earning their 5% cut. Figure it out, people.

This is a breaking news post, and will be updated with information as it comes. 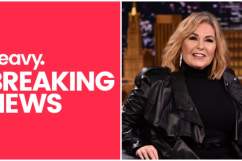 Loading more stories
wpDiscuz
0
0
Would love your thoughts, please comment.x
()
x
| Reply
Offensive tweets by Brewers pitcher Josh Hader surfaced during the 2018 MLB All-Star game, in which he insulted gay people and said the n-word, among other things.