Getty LeBron James isn't shy about sharing his political views with the world.

LeBron James once said that he “means too much to society” to not share his political views. James isn’t shy about expressing his beliefs, whether through his words or actions. He endorsed Hillary Clinton for the 2016 election, has publicly criticized President Trump several times and refuses to “shut up and dribble.”

James is also a longstanding, close friend of Barack Obama, whom he has a personal relationship with dating back to Obama’s early years as president. James is not one to sit by idly and hold his tongue; the world knows how he feels about the current political atmosphere and he shows no intention of slowing down anytime soon.

Here’s what you need to know about James’ political views:

1. After a Fox News Host Told James to “Shut Up & Dribble,” James Stated He “Means Too Much To Society” To Stay Quiet About His Political Views

Back in February, Fox News host Laura Ingraham took her show to complain about James’ “grammar and diction while complaining about his political beliefs,” according to CNN.

Ingraham’s attacks were made in response to an UNINTERRUPTED video podcast that featured James and fellow basketball star Kevin Durant, CNN reports. The podcast’s host, Cari Champion, asked the two players how they would describe the current climate for politically-engaged athletes. James replied that the climate was “hot” and claimed that President Trump “doesn’t understand the people.”

The comment angered Ingraham, who lashed out at James, calling his view a “barely intelligible, ungrammatical take on President Trump.” She continued her tirade, taking jabs at his career, salary and life before the NBA.

“This is what happens when you attempt to leave high school early to join the NBA,” Ingraham said. “It’s always unwise to seek political advice from someone who gets paid $100 million a year to bounce a ball.”

Shortly after Ingraham’s comment went viral, James issued a response in the form of a photo uploaded to his Instagram account that read “I am more than an athlete” and included the hashtag “#wewillnotshutupanddribble.”

LeBron James blows off Fox News host: “I will definitely not ‘shut up and dribble.’ I mean too much to society.” pic.twitter.com/qF3SqfO0ug

He responded to Ingraham’s comment by stating that her reaction just further proved that “everything I’ve been saying is correct.”

He also told Ingraham that she should have done more fact-checking, emphasizing that he did actually finish high school and didn’t leave early to pursue his career in basketball.

2. James Once Claimed That President Trump Doesn’t Give a “F–k” About The People

In the same UNINTERRUPTED video podcast that sparked Ingraham’s angry response, James launched an attack on the president, claiming that he doesn’t understand or give a “f–k” about the people in his own country.

“The number one job in America … is someone who doesn’t understand the people, and really don’t give a f–k about the people,” James said in a video alongside fellow NBA All-Star Kevin Durant.

The interview was conducted in February, just after the US president is said to have referred to Central American and African countries as “s–tholes.” James said he was not shocked by Trump’s comments: “It’s not even a surprise when he says something,” the three-time NBA champion said. “It’s, like, laughable; it’s laughable and it’s scary.”

James also called Trump a “bum” last September, shortly after Durant and his Warriors teammates indicated that they didn’t want to make the traditional NBA championship winners’ visit to the White House.

U bum @StephenCurry30 already said he ain't going! So therefore ain't no invite. Going to White House was a great honor until you showed up!

3. He Endorsed Hillary Clinton for the 2016 Presidential Election & Hosted a Free Concert to Raise Awareness & Urge People to Vote 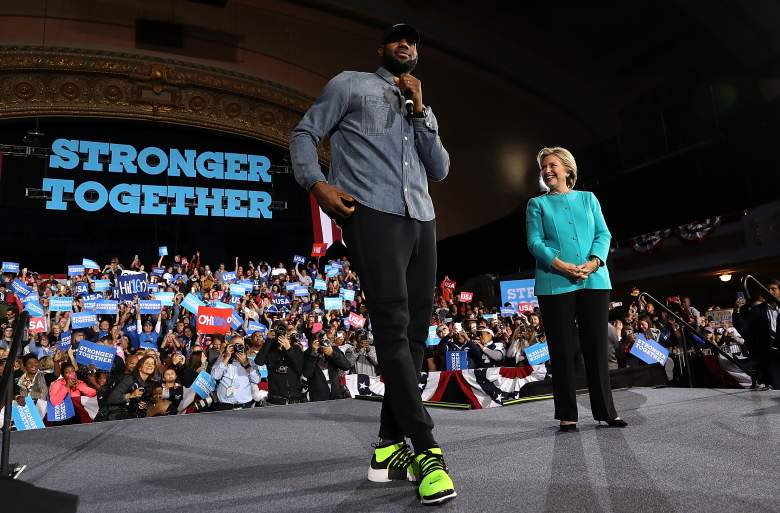 In October, 2016, James officially endorsed Hillary Clinton for the 2016 presidential election, the day before she was scheduled to visit his hometown in Akron, Ohio.

In the op-ed piece published by Business Insider, James said his goal after winning multiple NBA championships is to “mentor and provide support for children who grew up in Northeast Ohio.”

“When I look at this year’s presidential race, it’s clear which candidate believes the same thing,” James wrote. “Only one person running truly understands the struggles of an Akron child born into poverty. And when I think about the kinds of policies and ideas the kids in my foundation need from our government, the choice is clear. That candidate is Hillary Clinton.”

Clinton said she was “thrilled” to have James’ endorsement. “LeBron is a dedicated advocate for children. It’s a deep personal commitment that he has that I share with him. We both believe every single child should have the chance to live up to his or her God given potential.”

He also hosted a free concert to raise money and awareness for the campaign where Jay-Z also performed. James said at the event:

I want everybody in here, moms, dads, aunts, uncles to get out and vote. November fourth is the most important day of our lives. 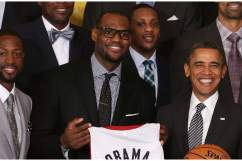 4. James Said in an Interview That Trump Voters “Made a Mistake” In Casting Their Votes

In September, 2017, James made a controversial comment during the Cav’s media day, suggesting that people who voted for President Trump “made a mistake” or were “uneducated” in casting their ballots, according to the NBA.

NBA wrote that James was in a good mood, and willing to entertain questions from anybody, about anything, so when the conversation took a turn toward James’ thoughts and feelings on Trump, he made a comment that didn’t sit well with many Trump supporters.

He went on to explain that he didn’t think a lot of the people that voted for Trump were that educated on his policies or up-to-date on what’s going on in the country.

“At the end of the day, I don’t think a lot of people was educated,” he said. “And I think that’s one of the biggest problems that we have. When it becomes vote time, people are just not educated on either the individual or what’s going on in the state of the world right now. … I don’t think a lot of people are educated and they make choices and say things that are uneducated.

5. James Sported an “I Can’t Breathe” Shirt in 2014 in Support of a Black Man Killed in an Altercation with Police 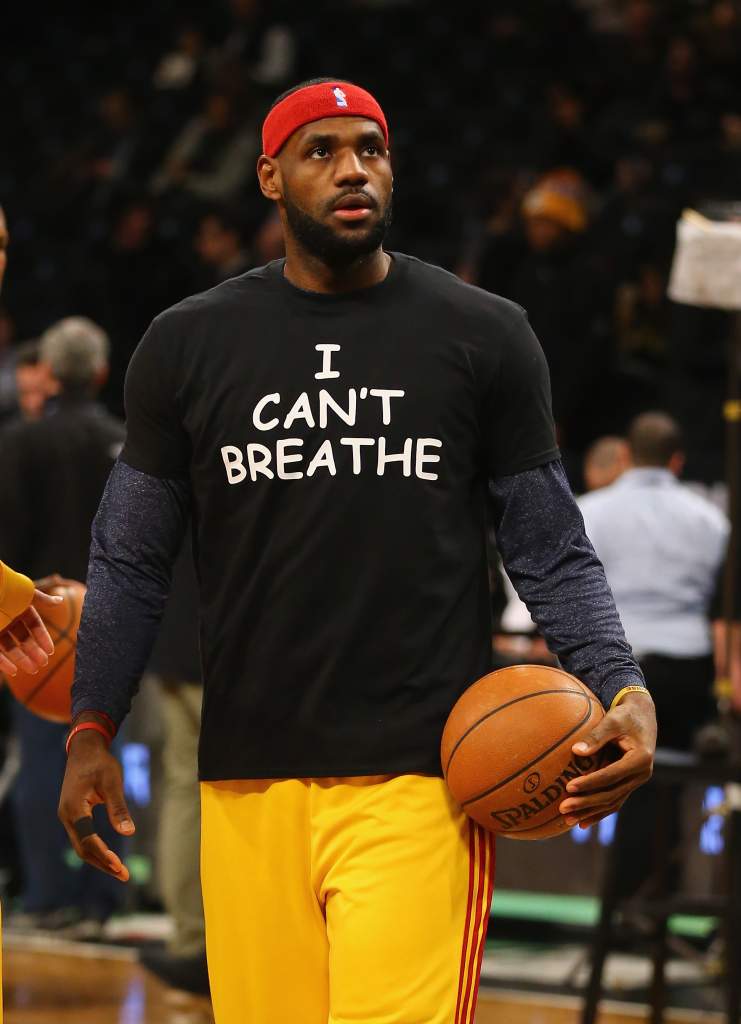 NEW YORK, NY – DECEMBER 08: LeBron James #23 of the Cleveland Cavaliers wears an “I Can’t Breathe” shirt during warmups before his game against the Brooklyn Nets during their game at the Barclays Center on December 8, 2014 in New York City. NOTE TO USER: User expressly acknowledges and agrees that, by downloading and or using this photograph, User is consenting to the terms and conditions of the Getty Images License Agreement. (Photo by Al Bello/Getty Images)

James was spotted wearing a shirt emblazoned with the words “I Can’t Breathe” in place of his jersey during a December, 2014 Cavalier’s game. Fellow Cav’s player Kyrie Irving also sported the shirt, in solidarity with several other NBA players.

“I can’t breathe” were the last words of Eric Garner, who died in July, 2014 after a confrontation with a New York Police Department officer. The officer used an apparent chokehold to restrain Garner, who repeatedly told the officer that he couldn’t breathe, but the officer refused to release his grip. The incident was caught on tape and sparked national outrage.

Former President Barack Obama applauded LeBron James in an interview with PEOPLE for wearing the shirt and said more sports stars should use their influence to address social issues.

“You know, I think LeBron did the right thing,” Obama told PEOPLE. “We forget the role that Muhammad Ali, Arthur Ashe and Bill Russell played in raising consciousness.”

“We went through a long stretch there where [with] well-paid athletes the notion was: just be quiet and get your endorsements and don’t make waves,” Obama said. “LeBron is an example of a young man who has, in his own way and in a respectful way, tried to say, ‘I’m part of this society, too’ and focus attention.” 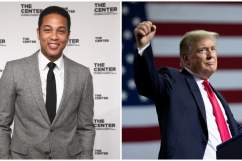