Former Ohio-State wrestling coach Russ Hellickson has reportedly suggested to some of his former players that they release a statement of support for Ohio Rep. Jim Jordan, according to texts received by NBC News. Hellickson told the players that they should consider recanting their testimony that Jordan knew about the sexual abuse allegations against their team doctor and did nothing about it.

In one such text to former player Dunyasha Yetts, Hellickson wrote, “I’m sorry you got caught up in the media train. If you think the story got told wrong about Jim, you could probably write a statement for release that tells your story and corrects what you feel bad about. I can put you in contact with someone who would release it.”

Hellickson is an Olympian and Ohio State hall-of-famer, and Jordan worked for him as an assistant coach from 1986 to 1994. Here’s what you need to know.

1. He Won a Silver Medal for Freestyle Wrestling at the Montreal Olympics in 1976

Hellickson won a silver medal at the Montreal Olympics for freestyle wrestling, and was the captain of the 1980 U.S. freestyle team. He was also the United States Wrestling Federation’s Man of the Year in 1975, its wrestler of the year in 1976, and was inducted into the National Wrestling Hall of Fame in 1986.

Hellickson has since become a sideline wrestling commentator for the Olympics, handling play-by-play duties for the sport since the Sydney Olympics in 2000.

2. He Put Out a Statement of Support for Jordan With Other Former Coaches in Early July

Along with several other former wrestling coaches for Ohio State, Hellickson released a statement of support for Jordan amid accusations that he knew about the inappropriate behavior by Strauss and did nothing about it.

“What has been said about Jim Jordan is absolutely wrong,” the coaches said in the statement. “We all worked on the wrestling coaching staff during Jim’s tenure at The Ohio State University. None of us saw or heard of abuse of OSU wrestlers. The well-being of student-athletes was all of our concern. If we had heard of any abuse, we would have spoken up.”

Jordan has continued to deny any knowledge of abuse during his time as assistant coach.

3. He Confirmed His Own Suspicions of Strauss in a Videotape Recorded by a Former Teammate

In a video captured by a former wrestler, Hellickson admitted that he did have his suspicions of Strauss being inappropriate, though he has since maintained he didn’t know of any actual abuse.

“He was always too hands-on with athletes,” Hellickson said (in the video above), “I told him once, I said, ‘Doc, you’re much too hands-on.’ He just said, “Ah, I’m being thorough.’

Hellickson also pointed out his awareness that Strauss had made other players uncomfortable by standing near them while they showered. “I said, ‘Doc, you make the guys nervous that you shower with them.’ And he said, ‘Coach, you shower with your guys all the time.’ I said, ‘Not for an hour, Doc.'”

“A number of players came to me concerned about the people that would be in the shower while they were showering, would soap themselves in their crotch area extensively and just never left,” Hellickson continued. “Every day they were seeing the same people. When they would go into the sauna to cut weight, they had people in the sauna that had the same faces…certainly, all of my administrators recognized that it was an issue for me.”

4. Several Individuals Have Claimed That Hellickson Is “Under Pressure” to Defend Jordan

According to conversations shared with NBC News, several former wrestlers believe that Hellickson is under some kind of pressure to defend Jordan’s lack of awareness about the abuse at the time.

Mike DiSabito, a former wrestler, said to NBC News, “[Hellickson] called me after the story broke, too,” DiSabato said of Hellickson. “He said Jimmy was telling him he had to make a statement supporting him and he called to tell me why he was going to make it. “

Hellickson was inducted into the Ohio State Hall of Fame in 2014. During his reign as coach, Hellickson trained 41 All-Americans, 5 NCAA Champions, and his teams still hold the Ohio State record for most Big Ten wins (7) and consecutive wins (15).

Hellickson has said of coaching to The Lantern, “I’ve gotten more satisfaction out of being in the corner when individuals are national champions than I did in my own competition. I feel better when I have the opportunity to associate with a person who has made the sacrifices to achieve the ultimate.”

He added, “I’ve always tried to be fair and honest with people. I think overall, people believe that I’ve been out for their best interest and challenged them to make more of themselves by giving a little bit more of myself.” 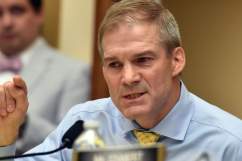