Facebook Sandor Szabo was tragically killed over the weekend after a man punched him so hard that he fell backwards, split his head open on the concrete and died.

Sandor Szabo, of Boca Raton, was tragically killed over the weekend after a man punched him so hard that he fell backwards, split his head open on the concrete and died, police told the Sun Sentinel.

Szabo was visiting New York for a wedding and was leaving the hotel where his brother was staying when he was brutally attacked, according to officials, the Sun Sentinel reports. Jamill Jones, the man accused of punching Szabo, drove off in a white SUV and left Szabo alone on the sidewalk before a bystander found him.

He is remembered by friends and colleagues as “outgoing, friendly, and an incredibly smart businessman,” and his family is “too overwhelmed to speak.”

Here’s what you need to know about Szabo’s death:

1. Szabo Was Killed After Knocking on Windows of Cars, Looking For His Uber

Szabo had traveled to N.Y.C. from Boca Raton over the weekend to watch his stepsister get married in Queens, local TV station WPIX reports, citing police sources.

Szabo was leaving the hotel where his brother was staying after his step-sister’s wedding and had called for a ride home.

“Sandor was up here for a trade show at the beginning of last week and he was in the office for a couple of days and then he stayed in town for his stepsister’s wedding,” Josh Gillon, CEO of What If Holdings, told the Sun Sentinel.

Szabo’s loved ones believe he was knocking on car windows to check which ride was his when he was brutally attacked.

2. Jamill Jones, the Alleged Driver of a White SUV, Was Caught on Surveillance Video Driving Away From The Scene While Szabo Choked on His Own Blood

Szabo knocked on the window of a white SUV in Long Island City and the owner of the SUV, Jamill Jones, allegedly got out of the vehicle, approached Szabo, and punched him in the face, knocking him to the pavement.

Jones then got back in his white SUV and drove off, leaving Szabo to bleed on the sidewalk until a 17-year-old witness and another bystander found him and propped him up against another vehicle, according to PEOPLE.

“Me and the man, we picked him up and leaned him against a car so he would stop choking on his blood until the ambulance came,” the teen said.

Szabo was taken to the hospital in critical condition and died from his injuries on Tuesday, according to police. The medical examiner hasn’t revealed whether Jones’ punch led to Szabo’s death, as of Thursday, according to the New York Post. Law enforcement sources said the charges against Jones could be upgraded depending on the findings. 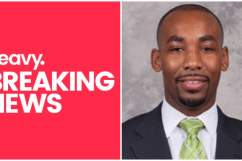 3. Szabo’s Employer Remembered Him as a “Really Good Person” Who Had a “Beautiful Spirit & Bright Smile”

After being punched, Szabo was transported to a local hospital where he died Tuesday, according to authorities. His relatives have reportedly been too distraught to comment, but his employer, What If Media Group, mourned his death on Facebook on Wednesday.

“It is with a very heavy heart that we announce that after a senseless assault over the weekend in NYC, our dear friend and colleague, Sandor Szabo, has passed away. It is a devastating loss to his family, and to our What If Media Group family,” the post reads.

“Sandor was super outgoing, friendly, and an incredibly smart businessman. He was always upbeat, positive, kind and caring,” the company continued. “He was fun to be with, interesting, and always interested. He was a really good person. He was critical in helping our company’s recent rapid growth, and was very proud that we were selected as one of the fastest growing companies on the Inc 5000.”

4. Szabo Loved to Cook & Fish & Was a “Leader in the Digital Marketing Industry”

According to What If Media Group, Szabo loved “fish, fishing and cooking,” and he adored his family.

“We will remember his bright smile, his positive attitude, his passion for our company (and each of us), his love of fish, fishing, and cooking, and his love of family,” a Facebook tribute read. “His beautiful spirit and his love of life will remain with us. We are going to miss him dearly.”

Szabo was a “well-known and well-respected leader in the digital marketing industry.” He lived in Boca Raton with his brother, but spent a lot of time in What If Media Group’s Fort Lee, NJ office, according to the group.

His Facebook profile shows Szabo enjoyed Rick and Morty, scuba diving and the musician Virag Voksan – Dj Flower. His profile states that he used to live in Honolulu, Hawaii, and knows both the English and Hungarian languages.

5. Tributes Flooded Facebook, Praying for Szabo’s Family & For the Man Who Killed Him to be Apprehended

Szabo posted in March, 2017 that he started as VP of Sales with What If Media Group. The comment section of the life event was filled with people expressing their condolences at his death.

“Sandor, no words can describe the utter loss your parents and family must be feeling at this time. Although I never had the pleasure to meet and know you; please know the ENTIRE world is sending their love, very best of wishes and all that is good for humanity for each of your parents, family & friends,” user Alethea Saplis wrote.

Others expressed sympathy for his parents and family for such a devastating, heartless loss, and prayed that the man who killed him would be caught.

A GoFundMe has been set up to support the Szabo family in their time of need. All funds raised will go to Szabo’s medical costs and toward his funeral. The fundraiser has raised $2,395 of the $100,000 goal as of Friday afternoon. 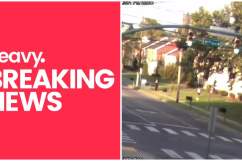 Loading more stories
wpDiscuz
0
0
Would love your thoughts, please comment.x
()
x
| Reply
Sandor Szabo was tragically killed over the weekend after a man punched him so hard that he fell backwards, split his head open on the concrete and died.