Chase Finlay was a principal dancer at New York City Ballet. He resigned from the company amid accusations that he took explicit photos of fellow dancer Alexandra Waterbury, and then shared the images with other male dancers, donors and possibly even a pimp.

Waterbury, who previously dated Finlay, told police the sexual photos were taken without her knowledge or consent and has filed a lawsuit.

1. Chase Finlay Is Accused of Taking Lewd Photos and Videos of Waterbury While They Were Dating

https://www.instagram.com/p/BiYldpInNbz/?hl=en&taken-by=chasefinlay
Alexandra Waterbury has filed a lawsuit against both Chase Finlay and New York City Ballet in New York Supreme Court in Manhattan. According to the New York Times, the lawsuit accuses the company of condoning a “fraternity-like atmosphere” that “permeates the Ballet and its dancers and emboldens them to disregard the law and violate the basic rights of women.” She also referred to the company as a “breeding ground” for sexual exploitation of women dancers.

The lawsuit accuses Finlay of taking photos of Waterbury without her knowledge throughout the year the two were dating. She accuses Finlay of sharing the images and videos in a texting chain with fellow dancers Amar Ramasar and Zachary Catazaro, both of whom have been fired from the company. According to the lawsuit, Finlay texted to the group, “You have any pictures of girls you’ve f—ed? I’ll send you some ballerina girls I’ve made scream.” Waterbury reportedly discovered the text messages by accident on Finlay’s computer.

One of the people involved in the group messages was allegedly a donor for the ballet company. The lawsuit alleged that the unnamed donor referred to female dancers at the rival American Ballet Theatre in the chat, suggesting that they “tie some of them up and abuse them… Like farm animals.” Finlay reportedly responded, “Or like the sluts they are.”

Waterbury says the New York City Ballet should have done more to improve the company atmosphere and protect its female dancers. She accused the company of “burying its head in the sand” when it came to inappropriate behavior by its male dancers. The lawsuit alleges that on a trip to Washington, D.C., Finlay and several other dancers “were fined over $150,000 for destroying a hotel room at a party they hosted with underage girls to whom they provided and plied with drugs and alcohol.” Waterbury said there were no repercussions for that incident.

Waterbury claims in the lawsuit that she was not the only victim. She said she found photos of other female dancers on the texting chain. A lawyer for Chase Finlay, Ira Kleiman, told the New York Post the “complaint is nothing more than a mass of allegations that ought not to be treated as facts.” The lawyer said Finlay had no comment.

https://www.instagram.com/p/Bgr1bojAZWR/?hl=en&taken-by=chasefinlay
The New York City Ballet has denied condoning the type of atmosphere Waterbury described in the lawsuit. The company points out that it took appropriate steps by suspending two other principal dancers accused of misbehavior, Amar Ramasar and Zachary Catazaro. The New York Times reported that the company had planned to question Chase Finlay about the lawsuit and Waterbury’s allegations. But he resigned before that conversation took place.

The company released a statement September 5, which was shared in full by the Gothamist. It reads:

“New York City Ballet is confident that there is no basis for this lawsuit, and vehemently denies the allegations that the Company has condoned, encouraged, or fostered the kind of activity that Mr. Finlay and the others named have participated in, which were off-hours activities that were not known, approved, or facilitated by NYCB.

Despite that, once NYCB was made aware of the allegations we investigated them and found that the actions had violated the Company’s norms of conduct, and immediate and appropriate action was taken. NYCB learned of this matter directly from the plaintiff’s attorney, Jordan Merson, in June of this year. Merson had contacted NYCB to try to negotiate a payment from the Company to settle the matter to avoid adverse publicity, but NYCB refused the demand. NYCB has no liability for the actions specified in the complaint and has taken the appropriate disciplinary actions for the dancers involved.”

Alexandra Waterbury’s attorney responded that the company was trying to save face before the public. “The suggestion by the Ballet that Ms. Waterbury’s claims are not meritorious further strengthens her resolve to vindicate her rights in this lawsuit.”

Waterbury’s lawsuit is the second major controversy to hit New York City Ballet in 2018. Ballet master in chief, Peter Martins, retired in January amid allegations of physical and sexual abuse. 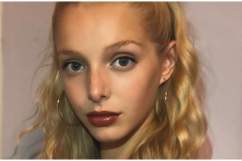 3. Chase Finlay Began Dancing as a Child After Seeing a Nutcracker Performance

Finlay was born in Fairfield, Connecticut in 1990. According to information on his Facebook page, Finlay grew up playing lacrosse and soccer. But he was inspired to begin dancing after seeing a performance of the Nutcracker. He focused exclusively on dance beginning at age 8. As a child, he commuted to New York City to train at Ballet Academy East. He also began performing children’s roles with the American Ballet Theater.

He eventually went on to study at the School of American Ballet. He joined New York City Ballet in 2008. In the feature, he mentioned Amar Ramasar as being one of the established dancers who helped guide him in the early years of his professional career.

Finlay’s first major role was in the production Apollo, when he danced the role of the title character. The company promoted Finlay as a soloist in 2011. That year, the New York Times published a feature on him. Finlay told the newspaper that dancing helps him let go of his fears. “Outside of ballet, I’m not a very confrontational person, so I feel that’s where I can let it out. That’s where I can show feelings that I wouldn’t usually show in real life. When that adrenaline starts going, you forget that anything that you’re doing would be wrong anywhere else… Once you hear the sound of that curtain going up, you’re in it. There’s no turning back.”

In 2013, Finlay was promoted to principal dancer with the New York City Ballet. In August 2018, he resigned amid the allegations from ex-girlfriend Alexandra Waterbury. His bio on the company website has been removed.

4. Chase Finlay and Former Girlfriend Lauren Lovette Were Said to ‘Set Hearts Aflutter’ When They Performed On Stage Together

Finlay and Lovette both attended the School of American Ballet as teenagers. They explained that the experience is a different way to grow up, because the students live on their own in a setting similar to a college dorm. Finlay told the magazine, “I think it’s different because you are sent to live alone at such a young age to fine-tune a skill that will hopefully be your career, as opposed to searching for your career.”

One of the dances Lovette and Finlay performed together was Romeo and Juliet. She said in the interview that getting to play those parts with each other was a “dream come true.”

Finlay and Lovette got engaged in August 2015. But they never made it to the altar. A 2016 feature on Lauren Lovette in the New York Times suggests the engagement was short-lived. The article was about Lovette choreographing a dance for the fall season at New York City Ballet. Finlay was dancing in her piece. The article states that Finlay had been Lovette’s finance “until last fall.”

5. Chase Finlay Shared His Experience Returning to the Stage After Suffering a Broken Foot in 2013

Chase Finlay was made a principal dancer with New York City Ballet in 2013. But he was forced to step away from the stage that year after breaking his foot.

Finlay talked about the recovery during an interview in 2014. He said that while injured, he attended performances and studied the movements of other dancers. He explained that by getting the chance to observe more, he was able to figure out easier ways of pulling off the same moves. Finlay went to the gym on a nearly daily basis, working to improve upper body strength. Upon returning to rehearsals, Finlay said, “I want to be more consistent with everything that I do. I want to not go into a turn or a jump and wonder if it’s going to work.”

Finlay’s parents made an appearance in the video above. Finlay said he and his father love to play golf when he gets a break from dancing. His mother Jeanne explained that when Chase was young, it had “never occurred” to her to introduce her son to ballet but that he was hooked after seeing the Nutcracker. He gave up playing soccer and lacrosse after his ballet teacher warned him he could get hurt on the field.