Alexandra Waterbury is suing the New York City ballet over the treatment of female dancers in the company.

The 19-year-old ballerina filed a lawsuit in State Supreme Court on Tuesday in which she states that the a male dancer in the company leaked explicit photos of her without her knowledge or consent. Waterbury also states that the company promotes a “fraternity-like” atmosphere where dancers “violate the basic rights of women.”

Read on to learn more about Alexandra Waterbury.

1. She Is a Student at Columbia University

Along with being a ballerina, Waterbury is a student at the School of General Studies at Columbia University. She is originally from Old Forge, New York.

In an interview with women’s empowerment jewelry brand Shiffon Co, Waterbury was asked how she balances modeling, ballet, and school all at once. She said, “It’s tough. This past year has been really tough as all three things have really started to take off in the best way. I’ve learned to manage everything by prioritizing and sticking to a very strict schedule even if that schedule changes daily.”

She continued, “You have to know when to say no to hanging out with friends, when you have to force yourself to read for homework, and when you really should be at the gym instead of relaxing watching TV. There’s so much to maintain and stay on top of. But I’ve also learned to prioritize myself (which mostly means getting 8+ hours of sleep per night.)”

2. She Is a Model for Wilhelmina Models

Waterbury is also a model for Wilhelmina models. According to her bio page on the company’s website, she stands at 5’9″.

In her lawsuit, Waterbury says that she first learned that pictures of her were being circulated when former NYC ballerina Chase Finlay gave her his computer password last spring. She says when she opened the laptop, text messages appeared on the screen– one of which showed a nude photograph of Waterbury that was sent to other male dancers in the company. In the text exchange, Finlay asked if the other male dancers “had any pictures of girls” they had sex with.

3. Her Ex-Boyfriend Was Named in the Lawsuit and Has Since Resigned from the New York City Ballet

In the lawsuit, Waterbury claims that three principal dancers at the New York City Ballet shared inappropriate photos of her without her knowledge.

One of the people she names in the suit is Chase Finlay, whom she was dating at the time. The Times reports that he retired after the company attempted to speak to him about the allegations.

The two other dancers named in the suit– Amar Ramasar and Zachary Catazaro– have been suspended from the company until next year as they violated “unspecified ‘norms of conduct'”.

Last month, the New York Times reported that Finlay had resigned from the NYC Ballet, and two other dancers had been suspended. Waterbury said she subsequently “received threats from random people telling me I had enemies now, and how I am a job-ruiner.”

4. She Blames the Company for Condoning a ‘Fraternity-Like Atmosphere’

The New York Times writes, “Ms. Waterbury, who studied from 2013 to 2016 at the academy affiliated with the company, the School of American Ballet, blames the company in her suit for condoning a “fraternity-like atmosphere” that ‘permeates the Ballet and its dancers and emboldens them to disregard the law and violate the basic rights of women.'”

In the suit, Waterbury noted an instance in which Finlay damaged a hotel room in which he hosted a party. She says that the company knew of the party and the “extensive damage” Finlay caused.

In response to the allegations, the Times reached out to Charles W. Scharf, the chairman of the board at City Ballet, who has said that the company “has no liability for the actions specified in the complaint and has taken the appropriate disciplinary actions for the dancers involved.”

5. She Has Received Support from Peers on Social Media

Speaking out today lifted a huge weight off of my shoulders. I have been wanting to share this for months but needed to take the necessary steps in doing so. Today freed me and my story. My truth will be known and I will not be silent. My heart is broken for victims of sexual assault everywhere. To understand the strength of the women coming forward is amazing and I applaud you all. In watching them I found the courage to do the same. 2018 is the year of strong women. Do not accept mistreatment and abuse. You deserve equality, let alone basic human decency. I'm so grateful for my family and friends that have been with me this entire time. They have stood by me, supporting me and comforting me daily. I'm not sure what else to say for now as this entire thing leaves me speechless at times. To any women or victims out there just know, you are not alone. Their time is up. ?#TimesUp #MeToo

Waterbury has received support from people on social media.

On Wednesday, she uploaded a photo to her Instagram of an Audre Lorde quote that reads, “Your silence will not protect you.” A portion of the photo’s caption reads, “Speaking out today lifted a huge weight off of my shoulders. I have been wanting to share this for months but needed to take the necessary steps in doing so. Today freed me and my story. My truth will be known and I will not be silent.”

As of Thursday, the post had garnered over 1,700 likes, with dozens of people expressing their support for Waterbury. One person wrote, “Your courage and strength is truly empowering to so many women everywhere. Thank you for stepping up and speaking out. We support you. Best wishes with everything. ?”

Another commented, “I just read your article. You’are a such an inspirational and amazing woman.” 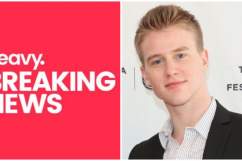 Read More
Trending
wpDiscuz
0
0
Would love your thoughts, please comment.x
()
x
| Reply
Ballerina Alexandra Waterbury is suing the NYC ballet for sexual degradation. Here's what you should know about her.