Donna Denise Haraway disappeared into thin air in April of 1984 while she was working a shift at a convenience store in Ada, Oklahoma. It was the second shocking criminal mystery in two years in the small Oklahoma town, after the rape and murder of Debbie Carter.

In the following years, Tommy Ward and Karl Fontenot were both charged and convicted with her murder. Their conviction largely hinged on their two separate “confessions,” which took place under controversial circumstances and have since been challenged by authors John Grisham and Rob Mayer, not to mention the Oklahoma Innocence Project.

Ward and Fontenot were tried and convicted before Haraway’s body was found. When her body was eventually found, her cause of death directly contradicted with the details in which Ward and Fontenot gave when they “confessed.”

The conviction of Ward and Fontenot is profiled in the new Netflix docu-series, The Innocent Man.

1. Donna Denice Haraway Was a Convenience Store Clerk in Ada, Oklahoma, Leading up to Her Disappearance 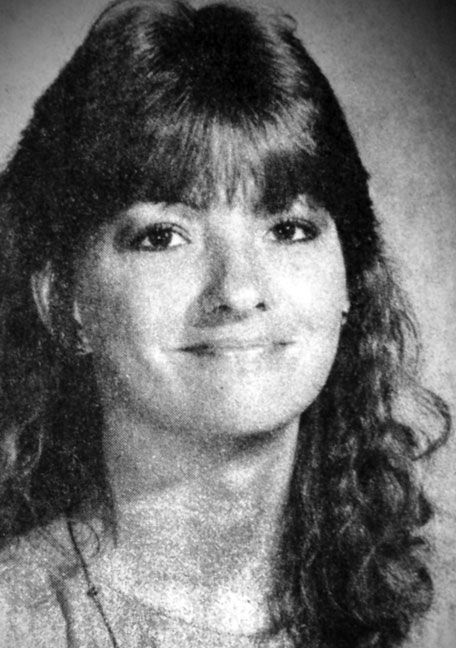 Two years after Debbie Carter was found raped and murdered in her apartment, another shocking event happened in the small town of Ada, Oklahoma: 24-year-old Haraway disappeared during a shift at the convenience store where she worked. In a May, 1984 article in The Oklahoman, authorities announced that Haraway had disappeared the previous Saturday (April 28, 1984), and that a $5,000 reward had been offered for tips related to her disappearance.

The Oklahoman article further noted that two young men were seen at a nearby Ada convenience store and were wanted for questioning.

According to Grisham, Haraway was a student at East Central who was married to a man named Steve Haraway. They had been married for eight months at the time of her disappearance.

Before Haraway’s body was found, Tommy Ward and Karl Fontenot were considered suspects, Grisham wrote. Ward was a suspect because several people mentioned his name, and he “had been arrested several times for misdemeanors-public drunkenness, petty theft- but nothing violent.”

When Ward was pulled in for questioning, he mentioned that he’d been fishing with his friend Fontenot at the time of Haraway’s disappearance. The police didn’t immediately charge them, though. For several months, the case was left open, with Ada police struggling to find any legitimate evidence to work with.

Then, in October of 1984, a young man in town told police that there had been a party on the night of Haraway’s disappearance. Over the course of several interrogations that have since become increasingly controversial, Ward “confessed” to the crime at the end of a particularly grueling, eight-hour-long session. Shortly after, Fontenot “confessed” amid another controversial interrogation, Grisham writes.

Both Ward and Fontenot were arrested on counts of kidnapping, rape, and murder. Another man, Odell Titsworth, was considered a third suspect, but by November of 1984 police confirmed they would not be arresting him, per The Oklahoman.

In September of 1985, Ward and Fontenot were tried for first-degree murder, as well as one count of kidnapping and one count of robbery.

3. Haraway’s Body Was Found in January, 1985; Her Cause of Death Was Nothing Like What Fontenot & Ward Had “Confessed” to

Haraway’s body was found on Jan. 21, 1986 in the woods twenty miles from Ada. She had died of a single bullet wound of the head, a far different cause of death than what Ward and Fontenot had “confessed” to in their interrogation. Ward and Fontenot’s confession tapes detailed a gruesome murder of stabbing, rape, and burning the body.

Grisham wrote, “The true cause of death should have convinced everyone involved that Ward and Fontenot had indeed dreamed up their ridiculous tales and had been coerced into confessing. It did not.”

Following the discovery of the body, the district attorney made a statement, via The Santa Fe Reporter. He said, “Now we have a body, and the case is closed.”

Soon after, Robert Mayer, a journalist, published the book Dreams of Ada, which chronicled the trial of Ward and Fontenot and argued their innocence. District Attorney Bill Peterson, who had tried Ward and Fontenot, said of the book, “He’s given this community a black eye.”

Both Ward and Fontenot are still on death row to this day. In an interview with The Marshall Project in 2017, Grisham said of Fontenot and Ward,

“I received Christmas cards last week from both Tommy Ward and Karl Fontenot, so we keep in touch. They have now been in prison for 31 years, serving hard time for a murder committed by someone else. Both are model prisoners. Tommy has been recommended for parole at least twice, but turned down by the board in Oklahoma. Both have excellent teams of lawyers who continue to work for their release.”

When asked by The Marshall Project what people could learn from Ward and Fontenot’s trial, Grisham said, “If you’re accused of murder, don’t confess. Tommy Ward broke down after a long night of abusive interrogation. When he cracked, he decided to give the police the sensational story they wanted, knowing full well that a complete investigation would clear him. It doesn’t work that way. He’s been in prison for 31 years.”

In 2015, the Oklahoma Innocence Project took Fontenot on as its first client, but his appeal was denied by the Oklahoma Court of Criminal Appeals.

Though the Innocence Project maintained that it would continue to work on behalf of Fontenot, his case isn’t listed as active on the OIP site.

READ NEXT: Karl Fontenot: 5 Fast Facts You Need to Know

Loading more stories
wpDiscuz
0
0
Would love your thoughts, please comment.x
()
x
| Reply
Denice Haraway disappeared without a trace in 1984 in Ada, Oklahoma. The subsequent arrest of Tommy Ward and Karl Fontenot for her murder has inspired "The Innocent Man" book and Netflix show.