Update: Domeanna Spell was found safe on April 5, 2019, in Pagosa Springs, Colorado and Cory Shane Disotell was arrested. Her sister wrote on Facebool that she is “forever grateful” to the law enforcement agents who searched for Domeanna and for everyone who helped spread the word about the case.

Domeanna Spell, 15, disappeared for more than a week after investigators said she left her high school in Port Barre, Louisiana with a middle-aged man who has been described as a family friend.

The FBI and the United States Marshals Service joined local authorities in the search for the teen, who will turn 16 at the end of April. They believe she ran off with Cory Shane Disotell, 47, whom the family believes had initiated a relationship with the teen. Her sister says it’s believed the relationship began under the ruse that Spell was babysitting for Disotell’s granddaughter.

Spell was added to the National Center for Missing and Exploited Children list.

1. Police Believe Domeanna Spell Ran Away; She Was Last Seen at Her High School on March 28

She is thought to be with a suspect identified as Cory Shane Disotell, 47. The pair may be traveling in a silver 2003 Honda Civic with Louisiana license plate 995CGK.

The family says Spell is 5’4″ and weighs about 105 pounds. (The FBI poster states that she is 5’2″). Spell had light brown hair at the time of her disappearance, but the FBI says she may have altered her appearance to avoid detection.

2. Domeanna Spell’s Older Sister Said She Believes Disotell ‘Brainwashed’ the Teen & That He Had Told Domeanna’s Parents That He Wanted to Marry Their Daughter

Domeanna Spell’s older sister, Jerrie Cradeur, spoke out to local ABC affiliate KATC-TV on April 1. She told the news station that Cory Disotell had been friends with their parents. (Jerrie’s last name was published as Cradeur on ABC, but uses the last name Cormier on Facebook).

She explained that Disotell asked Spell to babysit his granddaughter, but, “come to find out, there was no granddaughter there for her to really be babysitting.” Cradeur said her parents were not initially suspicious because Disotell paid Domeanna each week for babysitting, but eventually figured out that the two were engaging in a relationship.

Cradeur told Inside Edition that after the parents learned what was going on, they banned Disotell from the house and told their teenage daughter to stay away from him. Disotell allegedly told Spell’s parents he wanted to marry the girl.

Cradeur accuses Disotell of “brainwashing” the teen. She believes Disotell initiated the relationship with her sister and that Spell left with him willingly. “He probably has her believing that she’s safe with him, that she’s madly in love with him.” Cradeur added that she does not believe Disotell would physically hurt Spell. But she said he has a reputation for being “aggressive.”

Cradeur shared the above photo of her sister and Disotell to Facebook on March 29. She wrote, “It’s highly believed my sister domeanna and Shane are located some where in Mississippi area.” Another family member, when asked who Disotell was to Domeanna, replied, “he nobody to her but a man she claims she in love with.”

3. Cory Shane Disotell is Divorced & Does Not Appear to Have a Criminal History; He Owned a Business in Louisiana But the License Was Revoked in 2016

Cory Shane Disotell was previously married to Misti Hyatt Disotell. Their names were both listed on a Chapter 7 bankruptcy case filed in the Louisiana Middle Bankruptcy Court. The case was filed on January 12, 2005 and closed on September 18, 2006.

No other cases come up in the search of the federal database. A separate search of online records does not bring up any previous criminal charges against Disotell.

Misti Hyatt now lives in Texas and lists her relationship status as “single” on Facebook. She shared a news article about the search for Domeanna Spell on March 31, which included a picture of Cory Disotell, but she did not comment on it.

According to his Linkedin profile, Disotell worked in the “marine division” in the oil and natural gas industry in Port Barre. He also lists himself as the owner of a tree removal company called SD’s Tree Service. But a search of the Louisiana Secretary of State website shows that the limited liability company’s license was revoked in 2016. 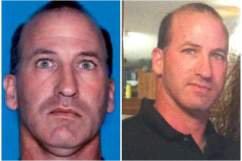 4. The Family is Asking Classmates or Friends of Domeanna Spell to Come Forward If They Have Any Clues as to the Teen’s Whereabouts

Domeanna Spell’s sister, Jerrie Cradeur, started a GoFundMe campaign to help the family pay for gas as they travel outside of Port Barre to pass out posters of the teen.

The family is asking Spell’s friends and classmates to come forward if they have potential clues about where she may have gone or if she reaches out to them.

Cradeur cited the Port Barre Police Chief, Deon Boudreaux, on the page. ““We are working diligently and tirelessly, leaving no stone unturned. I’m extremely thankful for the help and support we are receiving not only from these agencies but also from the public that are reaching out to us with information. Family and friends of Domeanna expressed their love for her, miss her dearly and are praying for her safe return.”

Cradeur shared the above video to her Facebook page, showing Spell dancing and singing. The family member who first posted it wrote, “So everyone keeps asking about what kind of person domeanna spell is here’s a video taking about a month ago, this is who she is funny, loving, sweet, and loves having fun…. we miss her and want her home safe please share.”

Police confirmed to KATC-TV that Cory Shane Disotell will face charges even if Domeanna Spell chose to leave Port Barre with him. At a minimum, he could expect to be charged with Contributing to the Delinquency of Juvenile. The potential punishment if convicted of Contributing to the Delinquency of Juvenile depends on the severity of the suspected crime.

The charge is described in the Louisiana legal code as the “intentional enticing, aiding, soliciting, or permitting, by anyone over the age of seventeen, of any child under the age of seventeen, and no exception shall be made for a child who may be emancipated by marriage or otherwise, to… (8) Absent himself or remain away, without authority of his parents or tutor, from his home or place of abode.”

If the family’s suspicions about a romantic relationship between Domeanna Spell and Cory Disotell are confirmed by police, then he could also be facing charges for statutory rape. The age of consent in Louisiana is 17. Spell is currently 15 years old and will turn 16 on April 29.

Read More
5 Fast Facts, Breaking News, Crime
Follow Heavy ↓
Domeanna Spell, 15, is believed to have run away with Cory Shane Disotell, who is 47.