Malone popped the question on April 5, 2019, using the couple’s two puppies as props. The dogs, Boomer and Barkley, each sported new collars that read, “Daddy Will You Marry Papa?”

Lemon shared pictures of the dog collars on Instagram to announce the engagement. He wrote in the caption, “He gave me a present on his birthday. How could I say no?” Malone’s birthday is April 6.

He gave me a present on his birthday. How could I say no?

Tim Malone was born in April 1984. According to his previous professional bio on the Corcoran Group website, Malone grew up on Long Island. He was born and raised in Water Mill, a small census-designated area in Suffolk County. He graduated from Southampton High School in 2002.

Malone went on to Boston College, where he studied history and journalism. He earned his bachelor’s degree in 2006.

Malone has three siblings, based on the above Instagram photo shared in April of 2016. He included the hashtag “NationalSiblingsDay.”

Tim Malone studied journalism and got a job at NBC News after graduating from college, but pursued the marketing and advertising side of the industry instead of editorial.

He was hired as a Page at NBC News in 2006, where his roles included working as a production assistant for the TODAY show. After his year as a Page, Malone joined the sales department for USA & SYFY. Malone wrote on his LinkedIn profile that he “maintained the balance between pricing and sales management to ensure client needs were being met while ultimately keeping the best interest of the company first.”

Malone moved over into the sports department in 2008, where he would remain for the next five years. He explained that he “covered an extensive list of high profile sports properties, including the number one primetime sports event: Sunday Night Football, Premier League, NHL, Notre Dame, Triple Crown, French Open, Tour de France.”

Malone moved up to a “Director” role when he was hired at Billboard in 2013. He was made Executive Director of Brand Partnerships in 2015. Then in 2017, he briefly worked at an entertainment company called Jukin Media as an executive director.

We’re honored to be once again named one of @thecorcorangroup’s top sales teams in New York. Reach out today and let us help find your next home!

Malone quickly began netting multi-million dollar sales. According to Corcoran’s website, Malone’s sales included a $19 million townhouse on the Upper East Side; a $4.4. million, a 3,000-square-foot co-op in Carnegie Hill; and a nearly $4 million condo in Midtown West.

Tim Malone stated on his Corcoran bio he enjoys staying active. His listed interests include running, boating, traveling, and going to the beach. Malone posted the above photo to Instagram in early March of 2019 alongside Lemon and their two dogs in Miami, writing in the caption, “Four beach bums.”

Malone says he has run the New York City and Boston Marathons twice and is “always looking for new running partners for motivation.”

Malone also describes himself as a “news junkie” and that he’s interested in politics. He met President Obama and the First Lady at a White House that he attended with Lemon.

5. Don Lemon Stated On-Air That His New Year’s Resolution For 2017 Was to Find Love; The Following Year, He Shared That He Had Found It & Kissed Malone During CNN’s Celebration

Don Malone was in New Orleans for New Year’s Eve with Brooke Baldwin to ring in 2017. He shared with viewers that one of his resolutions for the new year was to focus more on his personal life, as opposed to spending all of his time dedicated to work. He stated that he was “open to a relationship,” to which Baldwin joked, “Breaking news, Don Lemon is open to a relationship.”

Lemon first appeared on Tim Malone’s Instagram account on July 30, 2017. Malone shared a video of the two of them jumping off a boat. Lemon, clearly nervous, shouted, “I don’t want to go!” But Malone just waved that off and calmly stated, “No, we’re going on three” before they jumped in the water.

Don Lemon kissing his boyfriend – whom he met last year in same bar – live on #CNNNYE ? Love is real in 2018! pic.twitter.com/cUDe4nbhVk

Malone was by Lemon’s side for CNN’s New Year’s celebrations to ring in 2018. Lemon invited him on-camera for a kiss; a clip of the moment shared to social media was viewed more than half a billion times.

According to Malone’s Corcoran bio, the couple lives in Harlem. Their two dogs are named Boomer and Barkley. 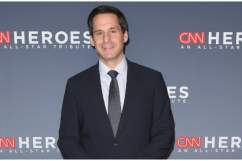