Paighton Laine Houston was an Alabama woman who was found dead in a shallow grave in the backyard of a Hueytown home about two weeks after she disappeared in Birmingham. She was reported missing by her family after she was last seen at a bar in Birmingham on Friday, December 20, 2019. Houston sent a concerning text message to a friend before she vanished, authorities said.

Houston was found dead at a vacant house on Chapel Drive in Hueytown on January 3, 2020, AL.com reported. Authorities have not released a cause or manner of death and have classified the case as a death investigation. Few details have been released. Authorities said Houston’s body was intact and wrapped in some sort of fabric. Her body was found in the backyard of a home that has been vacant since the elderly owner was moved into a nursing facility.

On January 16, 2020, police announced that a man was wanted on a charge of abuse of a corpse in connection to the Houston case. Fredrick Hampton, a 50-year-old sex offender from Brighton, Alabama, is being sought by police. More information about him can be found here. Police have not filed charges against Hampton in connection to Houston’s death, but only to what they say Hampton did after her death by burying her. The home where Houston was found is owned by Hampton’s relatives.

Houston, who lived with her family in Trussville, Alabama, was last seen at the Tin Roof bar in the 2700 block of Seventh Avenue South in Birmingham about 10:45 p.m. Friday, according to police. Birmingham Police say that anyone with information about the case should call 205-297-8413 or 911. Tips can be submitted anonymously to Crime Stoppers at 205-254-7777.

Police have not said if there are any suspects or persons of interest in the case. The Jefferson County Sheriff’s Office is leading the investigation. The Trussville and Birmingham police departments have also been involved in the case.

“On 1/2/2020 Detectives with the Trussville Police Department along with investigators with the Metro Area Crime Center developed information on a possible location for the remains of Paighton Houston,” the Trussville Police Department said in a statement. “That information was shared with the Birmingham Police Department and Investigators arrived on scene and discovered what appeared to be a shallow grave. Law enforcement secured the area and a search was conducted this morning (1/3/2020) in which human remains were located behind a residence on Chapel Dr. Those remains have been identified as Paighton Houston. Our thoughts and prayers are with the Houston family as they begin the grieving process.”

The sheriff’s office added, “On Thursday January 2, 2020 information developed by investigators working the missing persons case of 29 year old Paighton Houston led them to a home on Chapel Drive in Hueytown. Investigators from the Birmingham Police Department, Trussville Police Department, Jefferson County Sheriff Office and Hueytown Police Department worked together to narrow down the possible location of the body of Paighton Houston. On January 3, 2020, Investigators executed a search warrant at the home and located human remains on the property. Those remains were transported to the Jefferson County Coroner’s Office and later identified as the remains of Paighton Houston. The examination is not complete and there has been no determination of the manner and cause of death. The Jefferson County Sheriff’s Office will be continuing this investigation and prosecution will be through the Bessemer Division of Jefferson County.”

Here’s what you need to know about Paighton Houston and her disappearance:

Paighton Houston’s mother, Charlaine Houston, wrote on Facebook after her daughter was found, “Our family didn’t get the news we had hoped for but I am very grateful that Paighton is coming home. We don’t have to go through the torture of not knowing what was happening to her and where she could be. God answered our prayers, he brought her home to us. I prayed that if she was already in heaven, I just had to know so my heart could put closure to the missing nightmare.”

Charlaine Houston added, “Paighton is eternally home with Jesus. Our family appreciates all the prayers, love and support from the Trussville community and around the world for Paighton. She touched the hearts of many in our efforts to bring her home and my heart is touched by everyone’s love for our family. God will be our strength in the hard days ahead as we go through finding out what happened and life without Paighton. Continue to pray for our family. We are so thankful to you all!”

Her brother, Evan Houston, wrote on Instagram, “Where to begin… You were my big sister, you were apart of the family puzzle, you supported me in everything I ever dreamed of, even when I didn’t think it was possible. You were truly a light in the darkness, and It still doesn’t feel real that I won’t ever see you walk through the door anymore.”

Evan Houston continued, “For those of you that didn’t get the pleasure to meet Paighton, she was full of life! She was always smiling and always making others laugh, not just the simple chuckle but the full on belly laugh! She was one of the strongest people I know!” 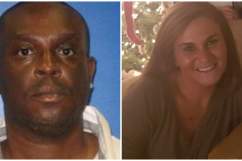 2. Houston’s Family Says She Sent a Friend a Text Message Saying She Could Be in Trouble

Paighton Houston’s family says the 29-year-old woman sent a concerning text message to one of her friends after leaving the Birmingham bar about midnight. She had been there Friday night and left, apparently willingly, with two men.

She wrote in the text, “idk who i am with, so if i call please answer. I feel in trouble.”

Hanging with the best #4thofjuly#america#sunnydayzz

“We still have not heard anything! We are worried sick. After leaving Tin Roof with two men, the last text she sent was that she didn’t know who she was with and felt she could be in trouble,” her mother, Charlaine Houston, wrote in a Facebook post.

Jefferson County Sheriff’s Office Chief Deputy David Agee told reporters after Houston’s body was found, “Right now, we have a lot more questions than answers, but we hope to have those answers soon. We’re gonna work hard and we’re going to find out what happened.”

Lynneice Washington, the district attorney for Jefferson County Bessemer Cutoff District, told reporters, “Whenever you find the remains of a person, it’s always hard, because there are family members attached to those remains. The only thing we can do at this point is to try and give them justice.”

3. A GoFundMe Has Been Started to Help With Funeral Expenses & Finding ‘Justice for Paighton Houston’

A GoFundMe has been set up to help Paighton Houston’s family and has raised more than $13,000.

Melissa Houston wrote, “On January 3, 2020 the Houston family received the tragic news that their beloved daughter, Paighton, was found lying in a shallow grave. After 14 days missing, she would be coming home but not the way anyone was hoping and praying for. Paighton was 29 yrs old and had her full life ahead of her. She was robbed of that sometime over those 14 days. It is my hope that through this go fund me, we can alleviate some of the stress off of her distraught parents. These proceeds will go to service fees, any legal fees, etc that the family needs during this time as they prepare to lay her to rest and fight for her justice. On behalf of the Houston family, all donations are appreciated.”

Charlaine Houston, Paighton’s mother, wrote on Facebook, “We have had many people asking if they could donate to help us with expenses of laying Paighton to rest and finding the truth of what really happened to her. I’m not one to ask for help or even be public. Don’t feel that we are asking for anything but your prayers but for the ones who have asked; Melissa, my daughter in law, has set this up for us. Thank you all for being there to pray and love our family. We did get Paighton home and I appreciate your love so very much.”

4. Houston Is a Graduate of Hewitt-Trussville High School in Alabama & Worked at a Trucking Company

Paighton Laine Houston is a graduate of Hewitt-Trussville High School in Alabama and was born and raised in Trussville, according to her Facebook profile.

She is the daughter of Charlaine and Douglas Houston and has two brothers and a sister. Houston worked at Expediated Transport, a trucking company, according to her Facebook page.

Her family wrote on GoFundMe, “She was a child of God, a daughter, a sister, an aunt, a niece, a cousin and a friend. She was full of life and laughter and could light up a room. She loved big and with her whole heart. Ultimately, she was a fighter and now we must fight for her since she can no longer fight for herself.”

5. Houston Was a Recovering Addict & Spoke About Overcoming Her Addiction to Heroin

Paighton Houston battled addiction during her life and spoke about how her life was saved by a local doctor at Christ Health Center. The hospital wrote in a fundraising publication, “Heroin addiction brought Paighton to the brink of death from a severe case of endocarditis and sepsis. Doctors told her parents to prepare for the worst, but then something happened: Dr. Anne Worth showed up.”

Houston said, “I was in a very bad place and had long since lost hope that I was worthy of love or ‘healing.’ But Anna proved me wrong. She invested time with me and showed me over and over that she cared. I truly believe that God’s kindness through this wonderful stranger saved my life.”

According to the hospital, Houston and Worth became close friends. “I met Paighton and I saw myself. Except for a few unfortunate decisions and the obvious grace of God, our roles could have easily been reversed. Paighton shared her story and it changed my heart. Perhaps for the first time, I really saw that patients are people and this young addict? She was someone’s daughter, sister and friend; she became my friend.”

Her brother, Evan Houston, wrote on Instagram, “No matter what life would throw at her or how many times she would get knocked down she would ALWAYS get back up and be a true role model in how to handle the obstacles of life. She loved everyone with everything she had and I will never forget the simple things like pool ball days, playing video games, and playing burnout with a baseball until neither of us could handle it anymore.”

Evan Houston said, “You were strong in your faith and I honestly don’t know how I will move on with life, but I know that God has called you home and even though we don’t know his plan and we are hurting we will lean on our faith and know that you will always be watching over us and will always be apart of our family puzzle. I love you Paighton and am so so PROUD of who you were in life and the lives you touched.”

READ NEXT: Runner Who Slapped Reporter’s Backside on Live TV Is Arrested

Loading more stories
wpDiscuz
0
0
Would love your thoughts, please comment.x
()
x
| Reply
Paighton Laine Houston was an Alabama woman who went missing on December 20, 2019. She was found dead in a shallow grave in Hueytown on January 3, 2020.