There has been a lot of talk around a second round of stimulus checks between the Republicans and the Democrats and nothing has come into fruition. Secretary of Treasury Steve Mnuchin said the Trump Administration is willing to resume the conversation with the Democrats regarding the $1,200 payments. In an interview with CNBC, Mnuchin said more money could be added to their relief plan in order to reach an agreement.

“The president is determined to spend what we need to spend. … We’re prepared to put more money on the table,” he said during an interview on “Squawk on the Street.”

The issue is that the Republicans do not want to spend over $1 trillion to offer Americans relief and the Democrats are willing to go up to $3 trillion in order to help those affected by the COVID-19 pandemic recover. Mnuchin said in his interview that the Democrats are however now “willing to compromise.”

“Again, if we can get a fair deal we’re willing to do it this week,” Mnuchin added. 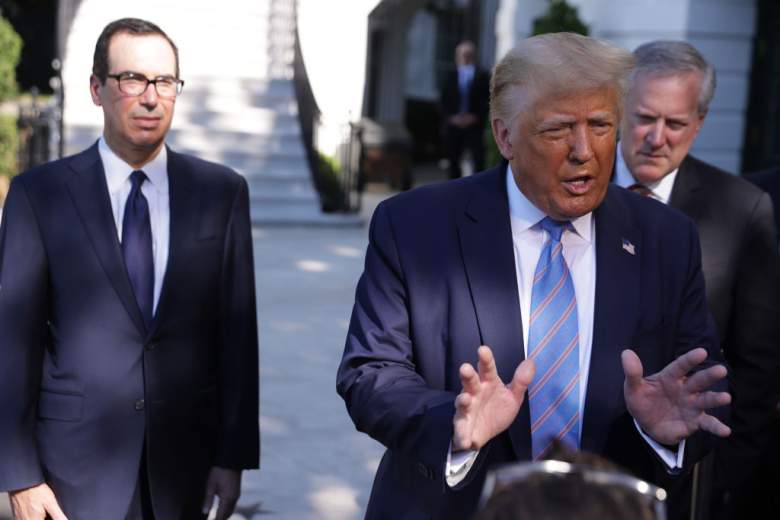 On August 8, President Trump signed four executive actions to extend benefits and coverage for those seeking aid. According to Forbes, he cut the $600 weekly unemployment payment to $400, federal student loan payments are still on hold, renters are offered protection from eviction and payroll taxes are deferred.  Even though Trump promised that his bill would “make sure renters and homeowners can stay in their homes,” it doesn’t explicitly state anything about prohibiting evictions for homeowners with federal mortgages.

Democratic presidential candidate Joe Biden released a statement to The Hill saying that he wholeheartedly disagrees with Trump’s executive orders, calling them “a series of half-baked measures.”

“This is no art of the deal,” he said. “This is not presidential leadership. These orders are not real solutions. They are just another cynical ploy designed to deflect responsibility. Some measures do far more harm than good.”

He added that Trump is not ensuring that there are “protections or guarantees that the Social Security Trust Fund will be made whole.”

The Economy Isn’t Recovering From the Pandemic Yet

The COVID-19 pandemic hit the U.S economy with some hard blows and it isn’t showing any signs of improvement. According to CNN, 30 million people are receiving unemployment benefits and the unemployment rate is the highest it has been since the Great Depression. Only 18% percent of small businesses are open and people aren’t shopping as much, with consumer spending down 8% from January.

“They’re not going to do anybody any good in the here and now,” Zandi told Reuters about Trump’s executive orders.

Zandi added that the federal student loan relief that Trump is trying to extend until the end of 2020 isn’t all that substantial either.

“For the students that’s a big deal, but for the macro economy in a crisis, it’s really not meaningful.”

READ NEXT: Rape Suspect Believed to Have Killed Accuser After COVID-19 Jail Release

Loading more stories
wpDiscuz
0
0
Would love your thoughts, please comment.x
()
x
| Reply
The Republicans and Democrats are having a hard time agreeing on the next round of stimulus checks but Mnuchin said there's hope.