Aariel Maynor is the Los Angeles man who is accused in the murder of Jacqueline Avant, a Beverly Hills philanthropist and the wife of a prominent music executive, Clarence Avant. She was found murdered at her family’s mansion in California on December 1, 2021.

Beverly Hills Police Chief Mark Stainbrook released the suspect’s name in a news conference. He said that Maynor, 29, of Los Angeles, is in custody, and the motive remains under investigation, including whether the slaying was random or “targeted.” However, he revealed that Maynor shot himself in the foot in a burglary an hour later at another home, leading to his capture.

Stainbrook also spoke about Jacqueline Avant’s death in a previous news conference attended by the mayor and city council members.

“This is a difficult day for our city,” he said.

The police chief said it’s not clear whether the suspect knew the Avant family’s background and prominence; Clarence Avant has mentored so many rising musicians that he’s widely known as the “Godfather of Black music.”

It’s also not clear how long Maynor was inside the house. “Someone went into the home, we just don’t know what … the purpose was behind it,” Stainbrook said before Maynor’s arrest.

“The motive remains under investigation,” Stainbrook said after Maynor’s name was released. “There is only one suspect. … It’s too early in the investigation to get to the motive; it may have been random, may have been targeted, for what purpose we don’t know. We’re still looking at that.”

Stainbrook described the murder as “extremely rare” for Beverly Hills. He said that crime is “generally low” in the wealthy community.

According to NBC News, it’s not clear whether Clarence Avant was home when his wife was murdered.

1. Jacqueline Avant Was Shot to Death; Maynor Is Accused of Using an AR-15 Style Rifle in the Homicide

According to the Los Angeles Times, Maynor “used an AR-15 rifle during the shooting and then shot himself in the foot at another home during a robbery in Hollywood.”

At 3:30 a.m., the Los Angeles police Hollywood division responded to a reported shooting at a different residence. There, they found Maynor in the backyard with a gunshot wound to his foot, the chief said. “It was determined that a burglary had occurred at that residence, and Maynor had accidentally shot himself in foot,” Stainbrook said.

Maynor was arrested and transported to a local hospital. He has been in custody ever since.

“Evidence connected him to the crime in our city including a suspected weapon. The investigation leads us to believe there are no further threats to public safety,” said Stainbrook.

Police found Jacqueline Avant dead in her home about an hour before that burglary. On December 1, 2021, at 2:23 a.m., police received a phone call about a shooting that had just occurred, Stainbrook said. They arrived and discovered a victim with a gunshot wound. The suspect was no longer on the scene.

The victim, 81-year-old Jacqueline Avant, did not survive. “The Avant family’s contributions to the world of entertainment and to better communities across Los Angeles are unmatched,” said Stainbrook. 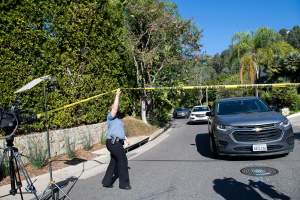 GettyA police officer crosses under police tape as members of the media gather near the 1100 block of Maytor place, where Jacqueline Avant’s house is at the top of the hill, in Beverly Hills, California, on December 1, 2021.

He offered condolences to Jacqueline’s husband, Clarence Avant, and their children, Alex and Nicole Avant. No one else was injured, Stainbrook said. He said a security guard was at the property when the murder happened. Stainbrook was asked whether Clarence Avant witnessed the shooting but didn’t answer the question.

2. Maynor Described Himself as a Self-Employed Electrician & Wrote About Gangs & the Rastafari Religion on Facebook

In one post, he wrote, “Jah rastafari. Lord take my soul when I rest. #F***THEREEPER #DEVILGANKG WXX WXXP!” According to Britannica, Rastafari is a religion and political movement based on “pan-African political consciousness,” mysticism and “Protestant Christianity.” Jah is the name for God in that religion.

He also wrote, “Welcome to the set this the land of the BR1MS? WHERE WE GANKG BANKG FRXM THE STREETS TX THE PEN!”

Maynor showed an interest in music, sharing rap videos by artists like Nipsey Hussle and 50 Cent.

In 2016, he wrote, with misspellings, “Penatentry bound rite now.”

In contrast, Jacqueline Avant was remembered for her positive impact on the community.

During a news conference, Stainbrook read a statement from the Avant family:

“The entire Avant family wishes to thank everyone for their outpouring of love, support and condolences for Jacqueline Avant,” it reads.

“Jacqueline was an amazing woman, wife, mother, philanthropist and a 55-year resident of Beverly Hills who has made an immeasurable positive contribution and impact on the arts community. She will be missed by her family, friends and all of the people she has helped throughout her amazing life.”

According to TMZ, Maynor has an “extensive criminal record dating back to 2013, and has done time for robbery and grand theft. He also got probation for a domestic violence case.”

Online court records reviewed by Heavy show that one charge resulted in a five-year prison sentence. In 2013, he was sentenced to probation.

In their first press conference, authorities said the motive is unknown. Stainbrook said initially that the police would not speculate on the motive, including whether it was a robbery. He said he didn’t believe anything was taken, but that it was very early in the investigation.

“Crime of any type will not be tolerated in our city,” Stainbrook said. He noted that Beverly Hills is one of the safest cities in the country.

People with information were asked to call police. “We really need the help of the public,” he said. Stainbrook declined to speculate on the number of suspects and did not offer a suspect description. He would not say how the victim ended up with interacting with the suspect or suspects.

According to Celebrity Net Worth, the Avants are worth about $50 million.

4. Clarence Avant Is Known as the ‘Godfather of Black Music’ 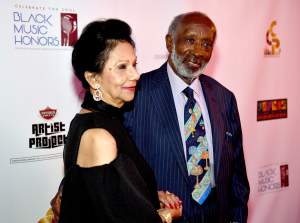 According to The HistoryMakers, Clarence Avant was born on February 25, 1931, in North Carolina and moved to New Jersey as a teenager. While working as a lounge manager, he met a blues artist named Little Willie John, and Avant became his road manager.

The site describes Avant as a “great deal-maker,” who helped sell Stax Reccords and founded Sussex Records and then Tabu Productions.

He has worked with some of the world’s biggest artists, including Michael Jackson. In 1993, he became chairman of the board for Motown Records and created a South African investment partnership called New Age Beverages.

Clarence Avant is a recipient of the Thurgood Marshall Lifetime Achievement Award, and a Living Legends Foundation Award. He is a member of the NAACP Hall of Fame.

According to The HistoryMakers, he’s been dubbed “the godfather” for mentoring new artists. He’s also widely known as the “Godfather of Black Music.”

Variety reported in 2016 that he has mentored artists including L.A. Reid and Babyface, Sylvia Rhone, Jheryl Busby, and Jimmy Iovine. His friend Quincy Jones told Variety, “Everyone in this business has been by Clarence’s desk, if they’re smart.” He’s also held fundraisers for Democratic presidents Bill Clinton and Barack Obama.

5. The Avants’ Daughter Is a Film Producer Married to a Netflix CEO 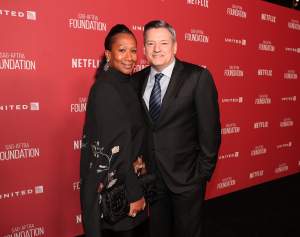 GettyHonoree Ted Sarandos (R) and Nicole Avant attend the SAG-AFTRA Foundation Patron of the Artists Awards 2017 at the Wallis Annenberg Center for the Performing Arts on November 9, 2017, in Beverly Hills, California.

According to the Associated Press, the Avants’ daughter is Nicole Avant, a film producer who served as the U.S. ambassador to the Bahamas. 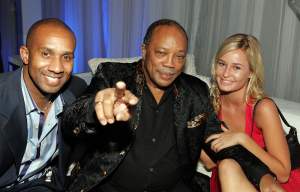 Their son, Alex Avant, is an actor and producer.

“Jackie Avant was a wonderful woman, a great partner to Clarence and mother to Alex and Nicole, an active citizen & a dear friend to Hillary and me for 30 years,” former President Bill Clinton said on Twitter. “She inspired admiration, respect & affection in everyone who knew her. We are heartbroken. She will be deeply missed.”

Loading more stories
wpDiscuz
0
0
Would love your thoughts, please comment.x
()
x
| Reply
Aariel Maynor is the suspect who is accused in the murder of Jacqueline Avant, a Beverly Hills philanthropist and the wife of a prominent music executive, Clarence Avant.