It’s believed that Cullen, also a nurse, murdered hundreds of patients with lethal injection. He is serving 11 life prison terms. Loughren and Cullen are featured in a new movie streaming on Netflix called “The Good Nurse.” She is played by Jessica Chastain.

Where is Loughren today? What is she doing now?

For starters, Loughren is on Twitter. She describes herself as, “RN, Animal Lover, amateur activist, author, Physics junkie,” and she has shared information about the movie.

Loughren Has Given Recent Interviews, Calling Herself a ‘Bada** Nurse’

Loughren has spoken out since the Netflix movie streamed.

She told People Magazine that she initially enjoyed working alongside Cullen in the Intensive Care Unit at Somerset Hospital in New Jersey.

“He was funny,” Loughren tells PEOPLE. “We bonded right away and became friends.”

However, she later helped investigators record conversations and even “persuaded” Cullen to confess to murdering patients with lethal injections, PEOPLE reported.

“It’s just not in my nature to betray one of my friends, but of course I knew I had to,” Loughren, now 57, told PEOPLE. “What I love about nursing is that I could protect the vulnerable — and I’m a badass nurse.”

When she confronted Cullen, she told PEOPLE, “He sat straight up. The color of his eyes changed. He put a smirk on his face and said, ‘I’m going to go down fighting.'” 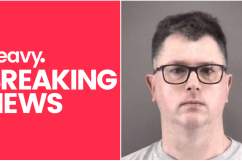 I had such an amazing time this weekend celebrating the premiere of our film at #TIFF… enjoy this highlight reel from the weekend… I cannot wait to share this incredible work with more of you! #tiff22 #torontofilmfestival #thegoodnurse #eddieredmayne #jessicachastain pic.twitter.com/9J9R0KDGCY

“This woman just wasn’t recognized for what she did,” Wilson-Cairns said to The Associated Press.

“People don’t think of ordinary women as these kind of heroes. They’re not on screens, they’re not in the media, they’re not in books enough. To see the real Amy finally be recognized in a small way for what she did – which is save countless lives – I thought: That’s not a bad way to spend a decade. I’d do that again.”

Loughren’s Twitter page makes it clear she is happy with the movie. “WOW, #EddieRedmayne and Jessica Chastain (@jes_chastain) are looking stunning at #TIfF22 for @THR #TheGoodNurse #Netflix #TheGoodNurseNetflix #JESSICACHASTAIN,” she tweeted in September 2022.

“I had such an amazing time this weekend celebrating the premiere of our film at #TIFF… enjoy this highlight reel from the weekend… I cannot wait to share this incredible work with more of you! #tiff22 #torontofilmfestival #thegoodnurse #eddieredmayne #jessicachastain,” she wrote in another tweet.

READ NEXT: What happened to Jeffrey Dahmer’s brother David?

Loading more stories
wpDiscuz
0
0
Would love your thoughts, please comment.x
()
x
| Reply
Where is Amy Loughren now? What is she doing today?