Johnathan Hayes is a former North Carolina nurse accused of murder in the deaths of two women who were patients at Wake Forest Baptist hospital. Hayes was arrested on October 25, 2022, at his home in Winston-Salem, the Forsyth County District Attorney said at a press conference. The deaths occurred in January 2022, authorities said.

Atrium Wake Forest Baptist Medical Center vice president Denise Potter said at the press conference they are “deeply saddened by what has occurred.” Potter said, “When we first learned of these disturbing events we immediately reached out to offer our condolences, our apologies and our support to the patients’ families. As soon as we identified a deviation in patient care as part of our established safety protocols we took immediate action to remove the employee from the patient care environment and terminated his employment. We also immediately notified law enforcement and appropriate regulators and licensing boards and have been working with them throughout this investigation.”

Potter added, “We sincerely appreciate the diligent efforts of the Winston-Salem Police Department and District Attorney Jim O’Neill’s office, and pledge our full support to them as they continue through this investigation. What is alleged to have taken place certainly does not represent the very high standards of safety and integrity that our dedicated teammates take pride in and display each and every day. We have conducted an in-depth analysis to ensure that we have done everything possible so an event like this can never happen again.”

Hayes remains in custody, records show. It was not immediately clear if Hayes, 47, has hired an attorney who could comment on his behalf. Authorities said at a press conference that Hayes was also charged with attempted murder in the case of a patient who nearly died in December 2021.

Here’s what you need to know about Johnathan Hayes:

Forsyth County District Attorney Jim O’Neill said at the press conference that he and Winston-Salem Police detectives were called to a meeting at the hospital on March 21, 2022. “We were presented on that day with information by an investigative team from Wake Forest Baptist Medical Center that appeared to show that a nurse, Johnathan Hayes, may have administered a lethal dose of insulin causing the death of that patient and perhaps others,” O’Neill said. “I asked the investigators from the Winston-Salem Police Department to assume control of the investigation and I specifically asked the risk management team from Wake Forest Baptist Medical Center to assist local law enforcement in their investigation.”

O’Neill added, “I will tell you that Wake Forest Baptist Medical Center immediately agreed, without hesitation, and provided access to the Winston-Salem Police Department for everything that they’ve asked for. Over the last several months the Winston-Salem Police Department conducted a thorough investigation that included interviews, collection of evidence and discussions with family members of the deceased.”

The district attorney told reporters, “The totality of the information provided to me led me to only one conclusion, that probable cause existed to support charging who could only be described as a rogue nurse with two counts of murder and one count of attempted murder. All the available evidence indicates that this man acted alone.” 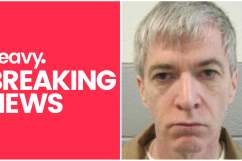 Charles Cullen Now: Where Is the Serial Killer Today?

2. Hayes’ Nursing License Remains Active & He Has No Record of Previous Complaints or Discipline Since He Obtained It in 2000

Hayes has not had any charges or discipline brought against him during his time as a registered nurse in North Carolina. It was not immediately clear if the nursing board will bring disciplinary action against Hayes as a result of his arrest or if there is an ongoing case.

According to the Winston-Salem Journal, Hayes had worked at the Atrium Wake Forest Baptist Medical Center for 15 years. The hospital declined to comment further about Hayes’ time working there, the newspaper reported. 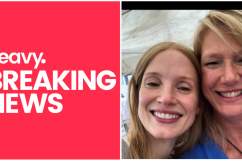 Amy Loughren Now: Where Is the Hero Nurse Today?

3. Hayes Was Among Nurses Celebrated in a Local Newspaper’s Special Section in 2021

NC Board of NursingJohnathan Hayes has been a licensed nurse in North Carolina since 2000.

In 2021, Hayes was among local nurses celebrated by the Winston-Salem Journal in a special section, the newspaper reported. He was nominated for the honor by his wife, Misty Hayes, who told the newspaper, he takes care “of all his people on his shifts with that extra mile. … He sings to them, makes sure they’re comfortable, makes sure they have everything they could possibly need. He lets people know who he is and that they will be taken good care of.”

Hayes told the newspaper he had been a nurse for 21 years and worked amid the COVID-19 pandemic. His exact role at the hospital is not known. “The biggest takeaway from the pandemic has been to never take your life for granted. Always treat everyone the same as you would want to be treated,” Hayes told the newspaper.

O’Neill, whose wife, Dr. Oona O’Neill works at Atrium Wake Forest Baptist as an OB-GYN, told reporters, “I want to say a word to the public about the nurses in our community: The acts of this one bad actor should not be a reflection on the medical professionals that provide excellent care to this community. Doctors and nurses are one of the few blessings that we have when either ourselves or our loved ones are sick or hurt. While this investigation has been ongoing, there have been times that I’ve found that my own children were in need of medical care and I took them to Wake Forest Baptist Medical Center because I trust them. I believe in them. And I’m so grateful to live in this community where we are blessed with such outstanding medical and health care.”

He added, “A nurse is called to the profession. They provide care, support and love when we need it most. Doctors and nurses have put their own lives in jeopardy when they answered the call during the early days of the pandemic and showed up for work. They say if you save one life, you’re a hero. If you save 100 lives, you’re a nurse. Johnathan Hayes has forfeited the honor of being called a nurse. From this day forth he will be known as a defendant.”

4. Police Say the Investigation Is Ongoing & There Could Be More Victims

The Forsyth County DA said a “rogue nurse” at Wake Forest Baptist Health is being charged with 2 counts of murder and 1 count of attempted first degree murder.
Police officers in Winston-Salem are seen taking bags out out of the home of former nurse, Johnathan Hayes. @WFMY pic.twitter.com/J1jbPeKgBu

Winston-Salem Police Assitant Chief William Penn Jr., the commander of the department’s investigative services bureau, told reporters, “I want to express our sincerest condolences to the friends and family of the victims mentioned here today. Their pain is unimaginable. And rest assured that the detectives of the Winston-Salem Police Department will utilize all of our resources to ensure that justice is served.”

O’Neill added, “I want to thank the folks over at Atrium Health Wake Forest Baptist Medical Center for bringing this case forward and turning it over to the proper authorities. That was the right thing to do. And thank you for your continued willingness to assist the Winston-Salem Police Department in their ongoing investigation. I want to be clear, that without your help and your cooperation, we would not be here today. You are helping us to pursue justice on behalf of the victims and their families.”

5. Hayes, Who Was Arrested on DUI Charges in 1995, Is Being Held Without Bond & He Could Face the Death Penalty

Hayes does not have any recent criminal history, other than traffic offenses, but was arrested in 1995 in Alamance County, North Carolina on driving under the influence charges, public records show. He was also charged with speeding. Hayes was found guilty and paid a fine. He also had his driver’s license suspended, records show.

Few other details about Hayes, including if he had been working anywhere after he was fired during the investigation, were immediately available. It was also not clear where Hayes previously worked and where he went to college. Heavy will update this report if more is learned about Hayes and the case.

Hayes could face the death penalty on the first-degree murder charges. O’Neill, the district attorney, said he would wait for all the facts of the case to be brought forward and until after he spoke to the victims to determine what punishment he will seek if Hayes is found guilty. “I will say that all options are on the table for punishment as they always are for me and for my office when it comes to ensuring justice of heinous and violent crimes against our most-vulnerable victims,” O’Neill told reporters.

He added, “I’ve tried many dozens of first-degree murder cases over the years. What upsets me about these kind of cases is that we have a particularly vulnerable victim. And that’s what disturbs me. I know from talking with the investigators that’s what upsets them the most. We are here to protect everyone in this community but we give special attention to the most vulnerable.”

Loading more stories
wpDiscuz
0
0
Would love your thoughts, please comment.x
()
x
| Reply
Johnathan Hayes is a North Carolina nurse accused of murder in the deaths of two women who were patients at Wake Forest Baptist hospital.