Stockton Police/Facebook Anthony Gray was charged with murder after police say he stabbed Alicia Reynaga at Stagg High School in an apparently random attack in the California city.

Anthony Gray is a Stockton man accused of fatally stabbing a 15-year-old girl at Stagg High School in California in an apparently random attack. Alicia Reynaga was killed, her family says. Gray, 52, was arrested at the scene after the Monday, April 18, 2022, murder, according to a press release from the Stockton Police Department. Police said the incident remains under investigation.

“Detectives have arrested Anthony Gray, 52, in connection to the stabbing death of a 15-year-old female student,” Stockton Police said in the news release. “Gray was booked into the San Joaquin County Jail for murder. Detectives believe this appears to be a random act and they are trying to determine why this student was targeted. This is still an active investigation and we will release more information as it becomes available.”

Here’s what you need to know about Anthony Gray and the murder of Alicia Reynaga:

1. Anthony Gray Is Accused of Driving Into Stagg High School’s Front Parking Lot, Walking Over to the Victim & Stabbing Her Before He Was Quickly Detained by a School Resource Officer

“Detectives believe this appears to be a random act and they are trying to determine why the student was targeted.” -SPD
Photo is suspect’s Honda Civic towed this afternoon from high school.@ABC10 pic.twitter.com/3niRSt4bZn

Stockton Police said in an earlier press release, “Today, at 11:05 a.m., the Stockton Unified School District notified us of a student who was stabbed at Stagg High School (1621 Brookside Road) and requested our assistance. While responding, we learned a Stockton Unified School District Police Officer had the suspect detained. The student, a 15-year-old female, was transported to an area hospital where unfortunately she died from her injuries.”

Police added, “Stockton Police Homicide Detectives were called to take over the investigation. What detectives have learned so far is the suspect, an adult male, drove to the front parking lot of the school and parked his vehicle. He then exited his car, walked over to the student, and stabbed her. The suspect was quickly detained by a Stockton Unified School District Police Officer. This remains an active investigation and Detectives are still trying to learn a motive for this tragic incident.”

Police later identified the suspect as 52-year-old Anthony Gray. Officials had initially described him as an adult male in his 40s. When asked at a press conference Monday afternoon if Gray was homeless or transient, police said they could not comment on those details at the time. Photos from the scene showed police towing away a black Honda Civic sedan that police said Gray used to drive to the school. 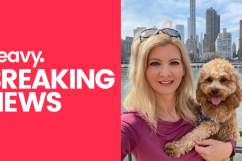 2. Officials Say Anthony Gray Was a ‘Trespasser’ & There Are No Known Ties Between Him & the Victim or Other Students at Stagg High School

15-year-old Alicia Reynaga was the student from Stagg HS in #Stockton stabbed and killed on campus during a "random attack" earlier today.

Photos from family at vigil for her tonight. @KandaceReddTV & Miguel Cano are at the vigil and will have story at 11 #LateNewsTonight pic.twitter.com/1gFs0l2v85

According to police and Stockton school district officials, Gray was a “trespasser” and there are no known ties to Reynaga. Authorities said Gray is not a parent of a student at the school. Police added, “The Stockton Police Department is encouraging anyone with information to call our non-emergency number at (209) 937-8377 or the Investigations Division at (209) 937-832.”

At a press conference, Stockton Police Deputy Chief Eric Kane said, “Our thoughts and prayers go out to the family and to all the students and faculty here at Stagg and certainly the Stockton community.” Kane said he was not aware of the suspect attempting to try to attack any other students. He did not say how many times the victim was stabbed. Kane said the school district and police department “work very well together, so we will certainly have additional officers out” at the city’s schools and will be “working closely” with the school district to “ensure the safety of the students.”

Stockton Superintendent John Ramirez said at the press conference, “Today I come to you not only as a superintendent, but also as a father. A trespasser entered the front of our school today and stabbed one of our students multiple times. Unfortunately, she did not make it. The assailant was detained and taken into custody immediately. The school was also put on lockdown to ensure the safety of the rest of our students. We began to work with local law enforcement immediately and they’ve taken over the investigation.”

Ramirez added, “Our Stockton Unified police officer was right there immediately and was able to do his job and it helped prevent that from continuing. We want to offer from all of our Stockton Unified staff prayers to the family. I can’t even imagine that one.” Ramirez said the suspect, “trespassed because he wasn’t a parent.” When asked if he knew the victim, Ramirez said, “We don’t know the answer to that.”

The superintendent said, “We have security throughout and as I mentioned, when the incident happened there was staff immediately there. It happened so quick that they weren’t able to stop it, but they were there immediately, hence why the assailant was able to be detained and taken into custody.” He said they would be re-evaluating school security measures after the attack. “There was immediacy to the action, how much quicker is tough. The fact that the individual was detained so quickly just pays credence to the fact there were adults there and they were immediately accessible,” Ramirez said.

3. Little Information About Anthony Gray Has Been Made Public

Police did not release any information about Anthony Gray. It was not immediately known if he has a criminal record in San Joaquin County or elsewhere in California or in another state. Police also did not say if Gray has spoken to investigators about why he went to the school. Police said the weapon Gray used was recovered at the scene, but did not release any other information about it.

Students said they are worried about how easily the suspect was able to get onto the school’s campus to attack the victim. One student told CBS 13 about the gates to the campus, “They’re never closed.” Another student told the news station, “Very rare there are officers there at all. Very rare. I don’t want to lose any more people like that. That shouldn’t have happened today.”

Ramirez, the school district superintendent, said at a press conference Monday afternoon, “It was a tragedy. Again, our thoughts and prayers are with the family.” The school district said on Facebook, “There will be School Counselors, Mental Health Clinicians and School Psychologists available at Stagg all week and as needed. There will also be extra security on campus.” 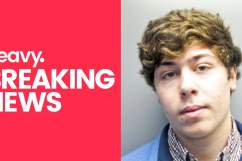 4. Alicia Reynaga Played Softball at Stagg High School & Her Father Said at a Candlelight Vigil She ‘Didn’t Have Any Enemies … She Was a Good Kid, a Great Kid’

Happening now: Vigil in honor of 15-year-old Alicia Reynaga, whose parents say was the girl stabbed to death at Stagg High School in Stockton today.@kcranews pic.twitter.com/FVzCAkgGCj

Alicia Reynaga’s family said at a candlelight vigil at Stagg High School Monday night that the 15-year-old student played softball at the Stockton school. The parent of one of her teammates told ABC 10, “They practice everyday, and they are a real close-knit team and it was one of their best friend.” The father told the news station Reynaga was a star player.

According to KCRA’s Melanie Wingo, Reynaga’s father, Manuel Reynaga, said at the vigil, “My daughter didn’t have any enemies…she was a good kid, a great kid…I just feel like it’s a dream. We’re just trying to wake up.” He said she was outgoing and athletic.

Leia Madrazo, the varsity softball coach at Stagg High School, told Fox 40, ““All of our softball girls are taking it pretty hard. A lot of us can’t get over the fact that someone came onto campus and did such a crime.” Reynaga’s family told the news station, “she was always active, and that besides softball, she was also involved in mixed martial arts.” Her family added that she always had a positive attitude and loved being outdoors.

Another coach, Vincent Enriquez told CBS 13, that Reynaga was a catcher. Enriquez told the news station, “It hurts. Everybody here, we loved this girl more than anyone in the world. Her catching’s amazing. She’s a raw athlete. It’s just sad to see her life cut down short. Who would want to do this to this kid?”

5. Anthony Gray Is Being Held Without Bail at the San Joaquin County Jail & Is Scheduled to Make His First Court Appearance in Stockton on April 20

Anthony Gray was booked on a murder charge at the San Joaquin County Jail at 8:45 p.m. on April 18, 2022, according to online records viewed by Heavy. He is being held without bond, according to the county jail website. It was not immediately clear if he has hired or been appointed an attorney who could comment on his behalf about the case.

According to jail records, Gray is scheduled to make his first court appearance on Wednesday, April 20, 2022, at 1:30 p.m. at Stockton court. No other details about the case or the accusations against Gray have been made public. Police said they are continuing to investigate.

The San Joaquin County District Attorney’s Office has not commented about the case. Police said in a news release, “The Stockton Police Department is encouraging anyone with information to call our non-emergency number at (209) 937-8377 or the Investigations Division at (209) 937-8323.” 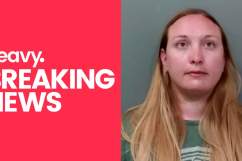