Facebook/Jim Piwowarczyk A screenshot showing the Facebook Live video. The scene is on right.

Three people are dead and one is wounded during an active shooter incident in Brown Deer, Wisconsin, during which the suspect was shooting at police off a balcony. A disturbing Facebook live video has emerged.

Brown Deer is a suburb of Milwaukee, Wisconsin.

A man streamed Facebook live video on the page of Larvell Huddleston during the active shooter incident, but the video and Huddleston’s Facebook page have been taken down. You can watch seven minutes of the Facebook Live video later in this story, but be forewarned that it’s disturbing.

Multiple law enforcement sources that told Heavy that police believe the shooter was Huddleston. The Milwaukee County Medical Examiner has now confirmed that Huddleston was the active shooter. In the video, which was streamed from Huddleston’s page “Velle Vell,” he discusses shooting at police and walks back and forth between an apartment balcony and apartment. You can also hear people shouting at him from outside and see police squads. Be forewarned there is a very brief glimpse of a body lying near a car in the graphic video.

Huddleston shot and killed the mother of his son, Arieuna Reed, who was a medical assistant, and then shot and killed a man who lived in his apartment complex, Michael Edward Anderson, according to an email from the medical examiner’s office.

Her parents told WISN that Reed and Huddleston were no longer dating but she was trying to co-parent with him. She was dropping their son over at his apartment after soccer practice, according to the television station.

“From my understanding is when she dropped him off and as she was leaving he shot her from the balcony, and then ended up shooting the two people that were trying to help our daughter,” her mother told WISN. “We believed that if they would have gotten her help she still would have been with us.”

The Suspect Killed Himself at the Scene, Police Believe

In a second news conference, the chief said that three people are dead. They are a white male, 31; a black female, 23; and the suspect, a 26-year-old black male.

A fourth person, a black male, age 36, was shot in the leg but survived. The chief said it “started as a domestic dispute between two people,” and “at least two knew each other.”

He said it’s now believe that the suspect shot himself. He is dead. He was shooting from the second-floor balcony said the chief. He said there was “activity” in the hallway and parking lot, and authorities aren’t certain whether anyone was shot.

The chief confirmed that “I was made aware that there was a Facebook live feed going on.” He did not release names of suspect or victims.

Multiple friends and loved ones identified the man on Facebook Live by his Facebook name “Velle Vell” and as Larvell. Velle Vell’s Facebook URL used the name Larvell Huddleston. “Wow we love u larvell praying for u and the family Remi not ready for u to go yet💙🙏🏾🙏🏾” wrote one woman on Facebook. Others posted about the female victim. Heavy is not naming her to ensure next-of-kin notification can occur. “Rest up beautiful queen 💕 she definitely didn’t deserve that & she even left behind a child . 🥺💙,” wrote a woman who shared photos. One photo on the victim’s Facebook page also appeared on Huddleston’s now-deleted page, which was reviewed by Heavy before it was taken down, and shows him with a young boy and a wad of cash.

Be forewarned that the Facebook Live video uses graphic and disturbing language. Learn more about Huddleston here. According to a law enforcement source, a child was present but not injured. The child is also seen in the video.

The Brown Deer police chief said in the news conference that officers were dispatched to the apartment complex at 10:09 a.m. for a shots fired call with a possible victim in the parking lot. Officers were shot at when they arrived, he said, but they weren’t injured.

The Police Chief Says Authorities ‘Have the Suspect’

MCMEO responding to 8800 N Park Plaza Ct for the preliminary report of one adult male victim and one adult female victim. @BrownDeerWIPD investigating. Autopsies on Monday.

The Brown Deer police chief provided additional details in the first afternoon news conference. One of the police squads was hit, he said, but no officers were injured. No officers from Brown Deer or other responding agencies returned fire. Initially, he said that two people were dead, two injured, and one of the two is in critical condition at a local hospital. The FBI and Milwaukee Police Department also responded to the scene.

Tactical teams cleared the building. Police believe they “have the suspect,” the chief said. All four victims were shot. They did not include children.

He said he was “not sure” whether the suspect was still alive but said he was taken to the hospital. He said there might have been a shooting inside the apartment as well as outside of it. However, the chief gave a later update saying the suspect died, and it’s believe he took his own live.

The active shooter reports broke out on the morning of Saturday, February 5, 2022.

The Milwaukee County Medical Examiner tweeted that the fatalities are an adult male and adult female victim. That was before the chief revealed the suspect had also died. The victims’ names were not released. Friends and loved ones wrote tributes to the female victim, a young mother, on Facebook, sharing her photo, but Heavy is not using her name at this point to give next-of-kin notifications a chance to commence. Authorities have not formally named the suspect.

The Video Shows the Man at the Apartment Window, Praying & Talking About Mental Health & Dying

Seven minutes of the now-deleted Facebook Live video emerged from Huddleston’s page. You can watch it above.

It shows him on the balcony shouting. “Come get my son first… he’s in the house with me.” People outside are shouting at him.

“I just want to say I’m sorry. This is going to be the last day you all hear from me, bro. I’m sorry. It’s just been too much going on. Police out here. She dead.”

It’s not clear whom he means. He walks back and forth from the balcony.

“Ain’t nothing going to justify my actions.”

“I’m already shooting at the police and sh**,” he said.

“Me mentally, I’ve been through too much…Just come get my son first.”

“Y’all going to have to kill me, bro. I’m going to shoot at you all,” he yells from the balcony at the police.

“I’m not killing myself bro. I’m ready to go. Didn’t I just shoot at you. We’re not talking.”

He uses disturbing language in the video.

“This is my outfit that I wanted to get buried in,” he said, showing clothing and shoes lined up on a table. You can see toys lined up. He appears to be talking to a child in the video, telling him to watch a show.

He then starts praying. “I failed you and everyone else. Please continue to watch over for my son…Please forgive me.”

After the prayer, you don’t see him on video anymore. The video shows the ceiling fan.

The video continues for more than a minute, but you don’t see anything but the ceiling fan until 6:45 into it when he reappears. He asks a man he knows to check up on his son and give someone money.

“I love everybody that love me.” He then shows a brief glimpse of his son, who is holding a piece of pizza.

He then shouts out that he is going to kill himself.

Gunshots are not heard in the video. There is a glimpse of what looks like a gun in his hand at one point.

Huddleston Has an Open Criminal Case

The site reported two deaths with no officers injured. Police later said two were dead and two injured, the latter including the suspect. 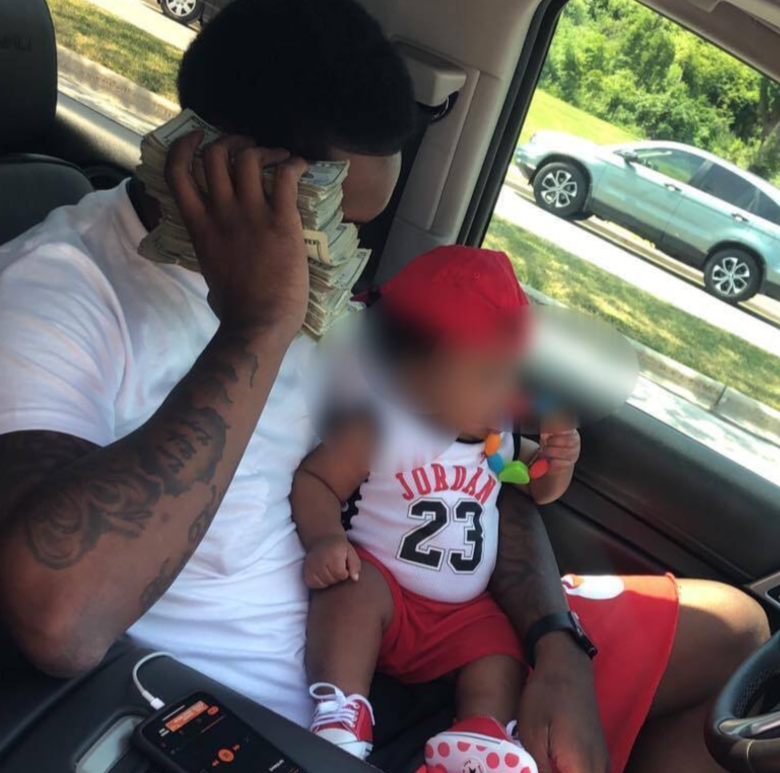 According to Wisconsin court records, Larvell Huddleston has a misdemeanor carry a concealed weapon charge in Milwaukee County.

He was in court on November 2, 2021, for a jury trial, but the backlogged court system adjourned it. “Case scheduled for Jury Trial. Third call: Court proceeding with another trial. Defense requests an adjourned Jury Trial date,” the court records say.

Originally, his jury trial was scheduled for July 7, 2021, but it never happened.

The chief judge has said previously that the court system has a two-year backlog in felony cases and a backlog in jury trials due to COVID-19 policies that limited how many courts could do jury trials.

The case was filed in 2020 but was still pending. In November 2020, he was released on a signature bond by Judge Jonathan Richards. “No possession of a concealed weapon without a permit,” the records show.

Huddleston Wrote on Facebook That He Suffered From ‘Paranoia & PTSD’ 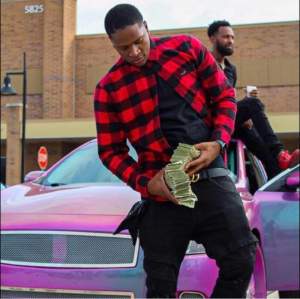 In January, he wrote about starting a business: “When it come to my business bro I’m all in and independent meaning my cards I made them from the front to the back all by myself my website as well I save plenty money just investing in myself but one thing I can say is I’m enjoying the journey for the most part.”

Loading more stories
wpDiscuz
0
0
Would love your thoughts, please comment.x
()
x
| Reply
There are reports of an active shooter in Brown Deer, Wisconsin, who was shooting at people and police off a balcony.