Chad Allen Keene is a Florida man facing a murder charge after police said he shot his girlfriend in Daytona Beach on August 16. Police say they believe Keene meant to shoot the victim’s ex-boyfriend but the shot hit her instead. Keene ran from the scene but was arrested hours later.

1. The Victim, Karli Elliot, Called Keene for Help After Arguing With an Ex-Boyfriend, Police Said

The incident started outside of a 7-Eleven convenience store shortly before noon on August 16, WKMG-TV reported.

The victim, identified as 30-year-old Karli Elliot, had an argument with her ex-boyfriend outside of the store, according to WESH-TV. The ex-boyfriend’s name was not made public. The outlet reported that Elliot then walked away from her ex.

She walked around the corner to Glenview Boulevard and called her boyfriend, identified as Keene, who lived in the area. Daytona Beach Police Chief Jakari Young explained to WOFL-TV that investigators believe Elliot told Keene about the argument during that call.

Young also told the Daytona Beach News-Journal, “We don’t know why it happened and that is what we are trying to figure out, but we believe this may be a love triangle thing.”

2. Keene Originally Told Police ‘It Was an Accident:’ Report 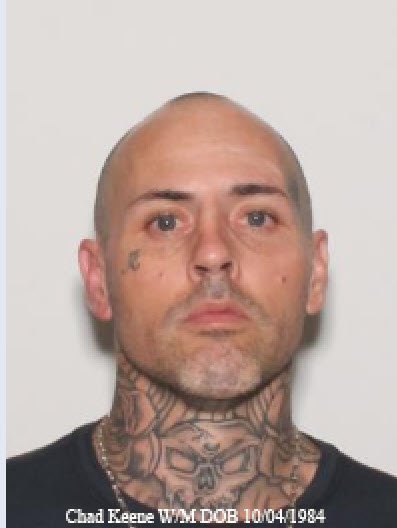 Elliot was shot once. According to an affidavit cited by People and WKMG-TV, Keene had been on the phone at the time the gunshot was fired.

The witness on the other end of the phone told investigators they heard a woman’s voice saying, “You shot me.” The same witness said they also heard a man shout, “You shot her.”

The ex-boyfriend tried to help Elliot as an on-scene witness called 911, WESH-TV reported. Chief Young told WOFL-TV the ex-boyfriend was cooperating with investigators.

Keene left the area immediately after the shooting. He later told police “it was an accident,” People reported, but did not admit to shooting Elliot. He only acknowledged that he had been present at the time of the shooting.

Elliot was rushed to Halifax Health Medical Center, police said. She was pronounced dead at the hospital.

According to FOX 35 Orlando, witnesses told investigators they saw Keene running away from the scene of the shooting. The outlet reported that Daytona Beach police quickly got a search warrant for Keene’s apartment. They searched the home on Halifax Avenue but he was not there.

This prompted a manhunt in the area. Police locked down nearby schools “due to an overabundance of caution,” as noted on the Daytona Beach Police Facebook page.

Young explained during a news conference with WOFL-TV that investigators learned that someone had picked up Keene from the home and driven him elsewhere. Police caught up with Keene a few hours later.

Body camera footage published by FOX 35 shows Keene in the passenger seat of a vehicle. At least three officers had their weapons drawn while a fourth held handcuffs. Keene complied with the officers’ demands and he was arrested.

Volusia County CorrectionsChad Keene is accused of shooting and killing his girlfriend in Daytona Beach, Florida.

Keene is facing multiple charges, according to the Volusia County Corrections website. The charges include:

Police said they found ammunition in Keene’s home that matched the bullet casing at the scene of the shooting, People reported. Officers also found “trafficking amounts of drugs” in a safe in his home, WESH-TV reported.

According to the Volusia County Clerk of Circuit Court website, Keene’s arraignment hearing is scheduled for September 6.

5. Keene Has Been Arrested Before, State Records Show

A search of the Florida Department of Corrections website brings up a Chad Allen Keene, whose birthday matches the man currently accused of killing his girlfriend. The record shows Keene was arrested in 2003 for grand theft of a motor vehicle and burglary. He received a 4-year prison sentence.

Additional records on the Volusia County Corrections website show Keene was arrested in April 2022 and cited for “loitering or prowling” and “resisting an officer without violence.” He posted bond and was soon released.

The Volusia County Corrections record also lists a July 2018 arrest for a Chad Keene with the same inmate ID number as the current case. In the 2018 case, he was charged with possession of methamphetamine and escape. The Florida Department of Corrections states he received a 3-year prison sentence and was released in June 2021.

Loading more stories
wpDiscuz
0
0
Would love your thoughts, please comment.x
()
x
| Reply
Chad Keene is the Florida man accused of shooting and killing his girlfriend. Police believe he meant to shoot her ex-boyfriend.