With the start of Fortnitemares in Fortnite, there are a bunch of new challenges to complete and by doing that, you’ll have to play around with some of the new items in the game.

One such item is the Witch Broom, which is a broomstick that you’re able to keep in your inventory for some more mobility. This and much more came in the massive Fortnitemares v14.40 update.

If you’re familiar with Silver Surfer’s board from this season, then you’ll know exactly how this broom operates because it’s the same thing. Using it will launch your character into the air, and then you’ll hope on the broom and glide on down back to the map.

One of the Fortnitemares challenges asks you to travel 100 meters on one of these, which is quite easy if you know where to find them.

Where to Find Witch Brooms 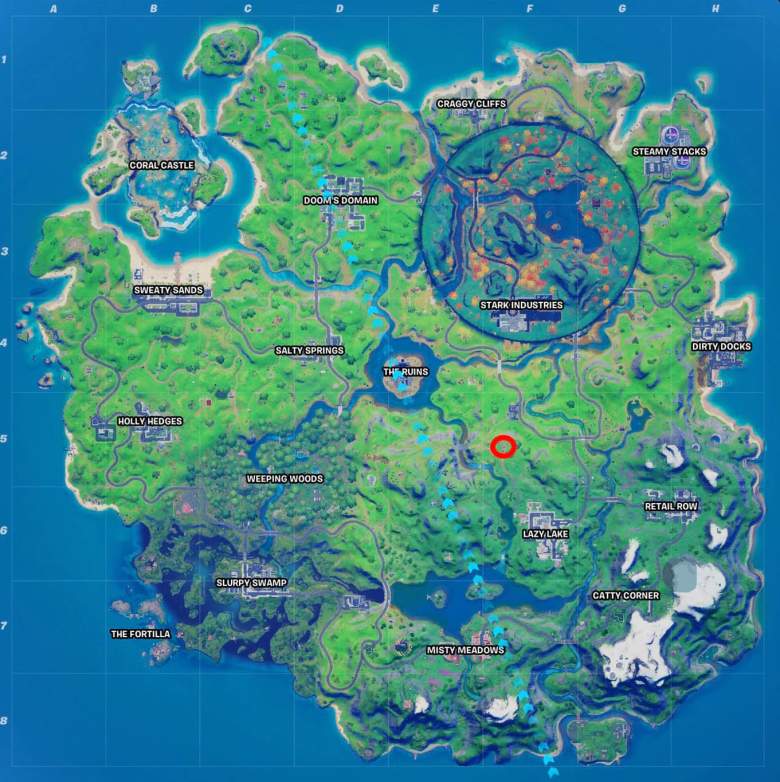 Instead of having to check chests and floor loot, the brooms will instead be found in barrels around the map, similar to how you’re able to get your hands on the fishing rods.

Northwest of Lazy Lake is a shack that has a barrel with guaranteed spawns, but this is far from the only place you can find one. This shack will be a hot drop for many players, so bring your A-game.

All you have to do is track down one of these barrels and you’ll be in business. From there, it’s literal smooth sailing as all you’ll have to do is use the broom and travel 100 meters for an easy 40,000 XP.

It seems like eliminating Shadows has a chance to drop them, and you can always get one off a player too.

We’re not ones to turn down free XP and you shouldn’t be either, so hop in and ride the broom.

Fortnitemares introduced a lot of new elements into Fortnite, with the major one beings players being eliminated and coming back as Shadows.

This leaves the door open for a Gulag-type system in the future where players can get a second live, but we’ll leave that to Epic.

Another new thing is actually bad news for fans of the Charge Shotgun. In v14.40, it was discovered that Epic decided to get rid of the gun entirely, leaving the Pump and Combat as the two shotguns left in the game.

There’s a lot more to discover in this update, so don’t waste any time!

Loading more stories
wpDiscuz
0
0
Would love your thoughts, please comment.x
()
x
| Reply
Here's where to find Witch Brooms and travel 100 meters with them in Fortnite.