Another group of Fortnitemares challenges are available in Fortnite and they are asking players to tackle some even spookier tasks.

We’ve already been asked to travel 100 meters on Witch’s broom, and now it looks like we’re going to be need the brooms again. However, instead of riding the brooms, we have to visit the shacks where they can be found.

This means that these will become hot spots for players who are trying to complete their Fortnitemares challenge last minute as they’ll be where you can complete two of them at once.

Luckily, there are enough of these shacks sprinkled across the map that you can visit them without running into too much trouble. Here’s where you can track them down. 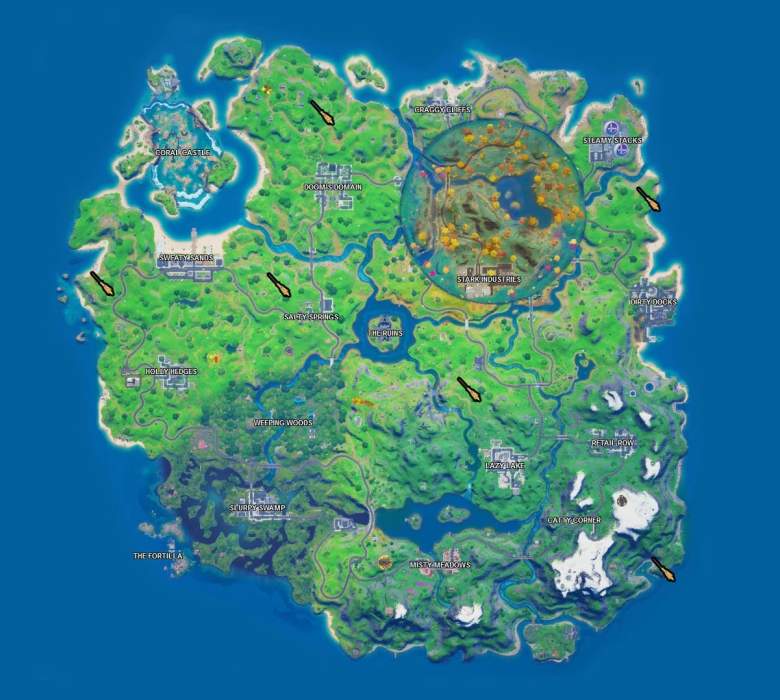 Epic Games / Fortnite.ggThere are plenty of witch shacks on the map.

Thanks to the team at Fortnite.gg, we know there a multiple places to get your hands on a witch’s broom, which in turn will lead us to the witch shacks.

The most popular location so far has been the one to the southeast of The Ruins as that was the shack that most players knew about.

Since this challenge will require us to visit more than just that one, it’s important to know where else we’ll have to go. All you’ll have to do is visit the shacks, and you don’t have to do it all in one match either so take your time.

What Are The Other Challenges?

Epic made the choice to unlock the challenges over the course of the event instead of all at once as a way to surprise players.

It’s definitely not impossible, but if you’re actually trying to do this challenge, it’s another thing entirely and it will become frustrating.

READ NEXT: How to Get Legendary Pumpkin Launcher in Fortnite Season 4

Loading more stories
wpDiscuz
0
0
Would love your thoughts, please comment.x
()
x
| Reply
Here's where to track down the Witch Shacks for the Fortnite Fortnitemares challenge.