Gisela Castro Medina is the University of St. Thomas College Republicans chair who was arrested on sex trafficking charges along with Minnesota GOP strategist and donor Anton “Tony” Lazzaro. The 19-year-old student was taken into custody in Florida after she and Lazzaro were indicted on multiple federal offenses on August 12, 2021, according to the U.S. Attorney for the District of Minnesota.

Medina and the 30-year-old Lazzaro are accused of trafficking underage girls, according to prosecutors. She was charged with “one count of conspiracy to commit sex trafficking of minors, five counts of sex trafficking of minors, and one count of obstruction,” the U.S. Attorney’s Office said. Medina remains in custody after making her first court appearance in Florida federal court and she is expected to be transported back to Minnesota. Federal prosecutors are seeking to hold her without bail.

After Medina’s arrest, the Minnesota College Republicans statewide chair, Nia Moore, issued a statement saying, “It was just brought to my attention that on Thursday, Aug. 12, University of St. Thomas Chair Gisela Castro Medina was arrested alongside Anton Lazzaro for obstruction of justice, sex trafficking, and conspiracy to commit the sex trafficking of underage victims. We as an organization are absolutely disgusted by the actions of Ms. Medina, and have cut all ties with her effective immediately.” Moore added, “While Ms. Medina had recently assumed the role of Chair at the University of St. Thomas’ chapter, she was not an active member nor had she been working in an official capacity on behalf of Minnesota College Republicans.”

It was not immediately clear if Medina has hired an attorney who could speak on her behalf. She and her family could not be reached for comment by Heavy. Lazzaro’s attorney, Zachary Newland, said in a statement, “It is always unfortunate when the federal government abuses its power. Especially when such abuse is utilized against the innocent. Mr. Lazzaro has been charged with horrible crimes. But they are crimes which he did not commit. So, not only has Mr. Lazzaro been falsely accused, but, because of the seriousness of the charges and the overreaching by the government, he, an innocent man, could potentially spend the rest of his life behind bars if convicted on even one count, and each count comes with a 10-year mandatory minimum. Mr. Lazzaro looks forward to clearing his good name and continuing to work for the betterment of his community. Until then, Mr. Lazzaro asks that the public withhold judgment so that the truth can come out.”

Here’s what you need to know about Gisela Medina:

1. Medina Was Arrested in Florida Hours After Lazzaro Was Taken Into Custody, but Court Documents Do Not Detail the Specific Accusations Against Her & Prosecutors Haven’t Commented Yet

Instagram/Gisela MedinaGisela Medina and Tony Lazzaro pictured together in an Instagram photo.

Details of the specific accusations against Medina have not been made public by prosecutors. Her name was redacted in an indictment released by the U.S. Attorney’s Office after Lazzaro’s arrest. They are both facing several charges. Lazzaro is also being held in custody after making his first appearance in federal court. According to Acting U.S. Attorney Andrew Folk, Lazzaro and Medina “conspired with others to recruit and solicit six minor victims to engage in commercial sex acts.”

The relationship between Medina and Lazzaro was also not clear. A photo on her Instagram account, which has since been wiped of all of its pictures, shows her with Lazzaro and others at a dinner in May 2021. Medina was arrested on August 12 at the request of the Minneapolis FBI by the Okaloosa County Sheriff’s Department, according to online records. “A person who knows her personally confirmed to The Daily Beast that Castro Medina was traveling in Florida this week,” the site wrote.

Medina was arrested in Fort Walton Beach, Florida, at the Fort Walton Beach Medical Center, records show. Her address is listed as an apartment at the University of St. Thomas in St. Paul, Minnesota, jail records show. She was arrested about 6 p.m. and booked into custody just before 10 p.m. on August 12, 2021, and released from the Okaloosa County jail on August 13, 2021. After her release from that jail, she was booked into the Santa Rosa County Jail on a U.S. Marshal’s hold.

Lazzaro worked as campaign manager for Republican congressional candidate Lacy Johnson, who failed in a bid against Rep. Ilhan Omar in 2020, and has made guest appearances on Fox News. According to The Daily Beast, Lazzaro “flaunted his wealthy lifestyle on social media.” On his Twitter profile, @GOPTony, Lazzaro, who has been pictured alongside many top Republicans and conservative commentators, says he is the founder of the Big Tent Republicans PAC. When The Daily Beast first reported on the investigation into Lazzaro in July 2021, he told the site, “There’s nothing to this case. It’s not some Matt Gaetz or whatever you think this is.”

The Minnesota Republican Party Chairwoman Jennifer Carnahan said in a statement about Medina’s arrest, “The arrest and charges involving Ms. Gisela Castro Medina, in conjunction with Thursday’s arrest and sex trafficking charges of Mr. Anton Lazzaro are heinous and disturbing. Conviction of these charges warrants punishment to the fullest extent of the law and we fully anticipate justice will be served. While we work for the same cause, the Republican Party of Minnesota has no jurisdiction over the Minnesota College Republicans, including the chapter at the University of St. Thomas. Minnesota CR chapters are independently run organizations. We stand with victims of sex trafficking and encourage anyone with information to contact the FBI Minneapolis Division at 763-569-8000.”

Previously, Carnahan and the Minnesota GOP said in a statement about the charges against Lazzaro, “If the allegations against Mr. Anton Lazzaro are true, this is an abhorrent act that we condemn in the highest possible terms. The Republican Party of Minnesota will be donating the contributions that Mr. Lazzaro has given our organization to charity. Sex trafficking is a heinous act that preys on victims of all ages, races, and backgrounds, and warrants severe punishment by our judicial system. A full investigation is necessary to ensure due process is provided to all parties involved.”

Carnahan co-hosted a podcast with Lazzaro, called #TruthMatters from October 2019 to January 2020. Carnahan’s husband is Rep. Jim Hagedorn. The congressman received $21,000 from Lazzaro from 2017 to 2021, according to Federal Election Commission records. Hagedorn said in a statement he would be donating the contributions from Lazzaro to charity and added, “These charges are deeply troubling. No one should be a victim of sex trafficking. Every citizen has the right to present a defense in court to refute charges. But, should these serious allegations lead to a conviction, we expect the imposition of the strictest punishments under our judicial system.” 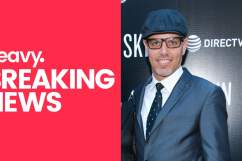 2. Medina Is a Minnesota Native Who Is Studying Law & Compliance & Business Administration & Management at the University of St. Thomas

Gisela Castro Medina is originally from Medina, Minnesota, and graduated from Delano High School in Delano, Minnesota, in 2020, according to her Facebook profile and LinkedIn page. She was set to enter her second year at the University of St. Thomas, a Catholic, school, this fall and was studying law and compliance, business administration and management and general studies at the college, according to her LinkedIn.

While in high school she was active in the orchestra and performing arts and was a royalty candidate. At the University of St. Thomas, she was a part of the pre-law society, St. Thomas Film Society, Hispanic Organization for Leadership and Advancement and the Business Law Club, along with the College Republicans, Medina wrote on LinkedIn. She wrote in the “about” section of her LinkedIn profile, “Driven, results oriented individual who thrives in a social work environment. The success of others is equally as important to me as my own success, evident in past work experience and continued occupations.”

Along with college, Medina also has worked as a hospitality coordinator at the West Rock Center from 2015 to 2019 and as a customer experience coordinator at The TJX Companies from 2019 to 2020. She has been an office administrative assistant at MN Property Management in Minneapolis since September 2020, according to her LinkedIn profile.

The University of St. Thomas said in a statement to KSTP, “The details of these allegations are very disturbing and saddening. St. Thomas condemns these actions and we pray for the victims. Under our student code of conduct, St. Thomas students charged with a felony will be interim suspended pending further proceedings.” 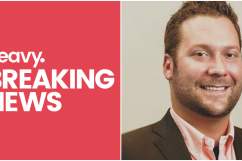 3. Medina’s 18-Year-Old Friend Is Dating Lazzaro, According to Social Media Posts, & She Works for a Property Management Company That Lazzaro Is Also Associated With

Lazzaro is dating an 18-year-old woman who appears to be friends with Medina, according to social media posts and connections between the two. Sources told The Daily Beast that Lazzaro met his girlfriend through Medina. Lazzaro’s attorney, Newland, told the Star-Tribune, “Medina worked for Lazzaro at one of his businesses and they were personal friends.”

Medina says on her LinkedIn and Facebook pages that she works as an administrative assistant for MN Property Management. According to state records, Lazzaro is listed as the registered agent for the company, which was founded in 2019. The company calls itself MN Property Nerds on its website.

Nia Moore, the chair of the Minnesota College Republicans, told the Minneapolis Star Tribune she had never met Medina in person, but had spoken to her on the phone and was not aware of the investigation into her. “If I had any idea, she would not have been chair,” she told the newspaper. The Minnesota College Republicans added on Twitter, “For clarification, for the past year campuses have been shut down and/or operating at a limited capacity as a result of the pandemic. Additionally, the 2021-2022 school year has yet to start. All chapters are currently inactive.” 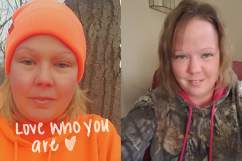 4. Medina, Like Lazzaro, Could Face Up to Life in Federal Prison or a 10-Year Mandatory Minimum if Convicted

Lazzaro, “was taken into custody earlier today by FBI agents, made his initial appearance in United States District Court before Magistrate Judge Becky Thorson,” prosecutors said in the August 12 news release. “Lazzaro will remain in custody pending a formal detention hearing on August 16, 2021.” It was not immediately clear where Medina is being held or where she will make her first court appearance.

Medina was initially listed as being in custody at the Okaloosa County jail in Florida, before being moved out of their custody. She appeared on the booking roster of the Santa Rosa County jail on a U.S. Marshal’s hold on August 13, but was no longer listed there as of August 15, 2021.

5. The FBI Says the Investigation Is Ongoing & They Believe There Could Be Other Victims

The victims are all under the age of 18, federal authorities said. Federal investigators say the victims were trafficked between May 2020 and December 2020 in Minnesota, according to the indictment. Additional details about the accusations against Medina and Lazzaro were not immediately made public by federal prosecutors.

The U.S. Attorney’s Office said in its press release, “Based on the evidence obtained in this investigation, authorities believe there may be additional victims of the alleged conduct. Anyone with information about this matter is encouraged to call the FBI Minneapolis Division at 763-569-8000.” The FBI’s Minneapolis field office added on Twitter, “The #FBI believes there could be more victims of this alleged conduct. Please consider calling our office with any information. 763-569-8000.”

The U.S. Attorney’s Office said, “This case is the result of an investigation conducted by the FBI, the Minnesota Bureau of Criminal Apprehension, the Minneapolis Police Department, the West Hennepin Public Safety Department, and the Wright County Sheriff’s Office. Assistant U.S. Attorneys Laura M. Provinzino, Angela M. Munoz, and Emily A. Polachek are prosecuting the case. An indictment is merely an allegation and all defendants are presumed innocent until proven guilty beyond a reasonable doubt in a court of law.”

READ NEXT: Man Was ‘Enlightened’ by QAnon to Kill His Kids, Feds Say