A fight broke out at the Golden Corral buffet restaurant in Bensalem, Pennsylvania, and it was caught on a video that has gone viral. You can watch the video later in this article.

The video shows a massive brawl in which customers were seen throwing chairs and overturning tables.

A Former Employee Says the Fight Started Over Steak

A woman named Kayla Ruggiero shared the video on Facebook, writing, “Golden Corral Buffet and Grill 1465 Street Road Bensalem.” The original video is more than 3 minutes long. You can see it here. The video has been shared thousands of times. Be aware that it contains graphic language. She shared the video on January 30, 2022.

According to CBS Philadelphia, police are still sorting out what happened, but a former employee told the television station that a customer grew angry “when the buffet ran out of steak.”

“I’ve never seen nothing like that in Golden Corral before,” former employee Dylan Becker said to the television station.

“From what I heard it was over steak, apparently somebody cut in line,” Becker said.

“There was a shortage of steak and two parties were involved and one family cut in front of another family, they were taking their time and they ran out of steak and it got into a heated exchange at the tables,” Gaven Lauletta, Becker’s friend, said to CBS Philadelphia.

ABC6 reported a similar motive. Alexis Rios told that television station that another customer was upset because Rios was given his steak first even though he was behind the person in line.

“(The cook is) trying to understand what you want and give you what you want,” he told the television station. “I had a rare steak, which is a lot faster to cook than a well-done steak. That’s why I got my steak first.” 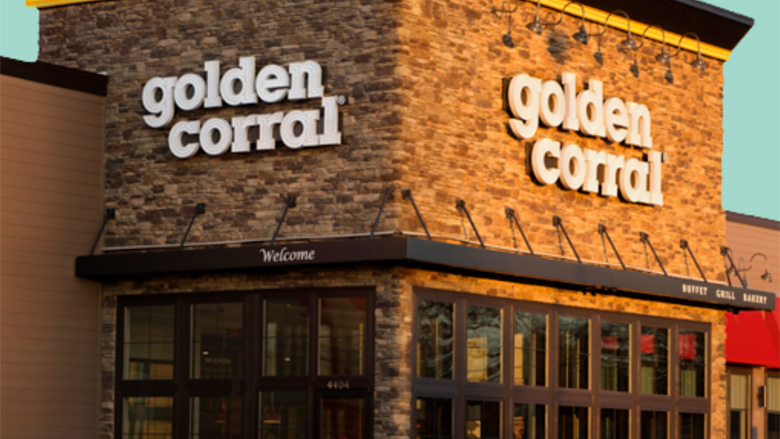 In a statement to ABC6, Golden Corral said:

We notified the local authorities and they are investigating the incident. Thankfully, no serious injuries have been reported. The safety of our guests and our coworkers is our top priority.

Rios told the television station that he believed people couldn’t hear each other because they were wearing masks, which made the situation worse.

“With Covid right now, masks and everything, nobody can hear nobody sometimes,” he said, adding, “I grab a chair to defend myself and then sooner or later that was it. Punches were getting thrown. Chairs were getting thrown.” He said he was bruised and his brother had a black eye, the television station reported.

Bensalem is a township in Bucks County, Pennsylvania that is located near Philadelphia.

Police are still investigating what happened, the Courier Times reported, adding that the fight broke out at 4:30 p.m.

Loading more stories
wpDiscuz
0
0
Would love your thoughts, please comment.x
()
x
| Reply
A fight broke out at the Golden Corral buffet restaurant in Bensalem, Pennsylvania, and it was caught on a video that has gone viral.