Jack Maxey is a Republican activist and former podcast host affiliated with once Trump advisor Steve Bannon who is claiming he possesses deleted files from the laptop of Joe Biden’s son, Hunter Biden.

The laptop of the president’s son is part of the federal investigation into Hunter Biden; it’s also been the recent subject of stories in major news outlets that verified it belonged to Hunter Biden. Some have criticized the media for not trying to aggressively verify the laptop before the 2020 presidential election. Maxey is the man who provided the laptop’s contents to prominent news outlets.

1. Maxey Claims to Have 80,000 Deleted Images & Videos From the Laptop

Daily Mail described Maxey as the “source who distributed Hunter Biden’s laptop to congressman and the media, including The Washington Post and New York Times. The news site reports that he “fled the US to Switzerland” because he is worried about retaliation from the Joe Biden administration.

He is claiming that he has “450 gigabytes of deleted material” from the Biden laptop, including “80,000 images and videos and more than 120,000 archived emails.” He’s planning to post them in a “searchable database,” Daily Mail reported.

“In the last three days, we found 450 gigabytes of erased material,” he told Mary Grace. “That would include hundreds of thousands of emails we didn’t know about, 80,000 plus images and videos we knew nothing about, thousands and thousands of documents. We have also been able to recover all of the attachments, which we could never see before.

Maxey is on Gab, the controversial social media platform that touts itself as censorship-free. He wrote on March 28, 2022, “For people moaning – 450GB of erased material we have to go through and catalogue. Including 80,000 images and Nat Security Issues I had to deal with first. So, ease up. At every turn I will always put my country first and that is what I am doing right now at enormous personal risk.”

In January, he wrote, “Anybody want to know purpose of Hunter’s first trip to Kazakhstan in June 2014 on behalf of ChiComs and using Burisma as cover? This is the trip Grassley referenced last week where Hunter did not take the Secret Service. Read carefully. the whole time they were working for Chinese Communists. That gas was going to get piped across Afghanistan as well . . . TRAITORS – FACT. PM Massimov, last head of state security is now under arrest for treason. . . .”

In July 2021, he wrote, “Senator Grassley and the Judiiciary Committee now have their very own copy of Hunter Biden’s laptop. No hiding now. Delivered half hour ago, signed for by ‘Bell.’ DEMAND JUSTICE! (If all you are going to do is cry and bellyache, please don’t comment. Shameful and un-American in my opinion, and I tire of answering them).”

He also has a page on Gettr, where his posts read things like, “Hold the line people – this is just getting started,” and “tick tock.”

270 days since these people received copy of #Hunter’s #Laptop from me on July 8th 2021. What are they doing about it? Since they got it we have had Afghanistan, fuel, food and fertilizer off charts, Kazakstan and now Ukraine. Their silence allowed all that to happen.

EXPLAIN TO ME WHY THEY DESERVE THEIR OFFICES? 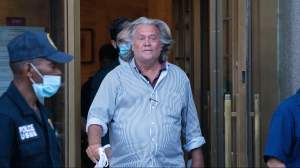 He’s affiliated with a podcast co-hosted by Steve Bannon, Donald Trump’s former advisor. According to his IMDb profile, Maxey “is known for The Stew Peters Show (2020) and Bannon’s War Room (2019).”

Maxey told Mary Grace Media Official that he tried to give the laptop’s contents to almost every news organization in the United States, including Fox News.

“We need to hold these people responsible,” he said, including Republicans in Congress, including Chuck Grassley, who he said did not have the courtesy to call him back.

3. Maxey, Who Was Born in Pennsylvania, Was Once an Officer in the U.S. Navy

Mary Grace is LIVE! Special Report Part 2 in the Series THE LAPTOP FROM HELL WITH JACK MAXEY https://t.co/zQL9ht37mN

A bio of Maxey is featured on the web page under “speakers” for Revival in Courage, which says it “seeks to educate, inspire and unite self-governing citizens to take focused action. Sustaining the Constitutional republic begins with knowing the past and understanding the present so the future of the country will endure.”

It describes him as a “former co-host of War Room Pandemic” who was born in Pennsylvania and received a history degree from Yale University.

“After college he was an officer in the United States Navy,” the website says.

“Following some time in Spain he worked on Wall Street for Merrill Lynch trading treasury bills on the repo desk. Since then he has held many positions in the alternative space of hedge funds and private equity and spent nearly a decade in Puerto Rico as an entrepreneur. For the last several years he has worked as a journalist and researcher. Since 2018 he has worked for Steve Bannon and until this January was the co-host of the popular War Room Pandemic.”

It notes, “Recently Jack has devoted his life, his fortune and his sacred honor to revealing the corruption of the Biden family and the swamp by exposing the contents of Hunter Biden’s laptop which he received from Rudy Giuliani in October 2020. It was Jack who gave a copy to the Daily Mail of London and most recently to the Washington Post.

4. Maxey Gave a Portable Drive to The Washington Post, Which Verified That ‘Thousands of Emails’ Were ‘Authentic Communications’ 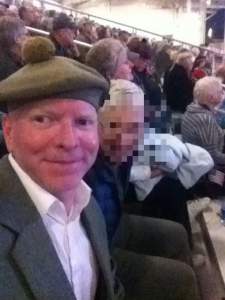 The Biden laptop first found itself in the possession of Delaware compute repair shop owner John Paul Mac Isaac. He says he gave the laptop to both the FBI and Giuliani.

Before the 2020 presidential election, a New York Post story on the laptop was censored by Twitter, ignored by many media outlets, and derided as Russian disinformation. However, major publications, such as The Washington Post and New York Times have since acknowledged the laptop is Hunter Biden’s.

The Washington Post reported that it had verified “thousands of emails” as authentic communications after having two security experts examiner Hunter’s laptop.

The emails “are a small fraction of 217 gigabytes of data provided to the Post on a portable hard drive by Republican activist Jack Maxey,” the Post reported.

He told the Post that the contents of the portable drive he gave the Post came from the laptop that Biden abandoned in 2019 at a Delaware computer repair shop.

The accusations stemming from the laptop involve Hunter Biden setting up a meeting between a Ukrainian business partner and his father. During the election, the Biden campaign denied wrongdoing and said that meeting did not take place.

In fall 2021, Maxey spoke to the Judeo-Christian Republican Club of South Florida, according to the Sun-Sentinel.

Maxey said that “I think justice needs to be done here. More importantly the whole world is at risk if the Biden Administration is compromised by the Communist Chinese Party.”

That article says that he lives in West Palm Beach.

Loading more stories
wpDiscuz
0
0
Would love your thoughts, please comment.x
()
x
| Reply
Jack Maxey is a Republican activist and former podcast host affiliated with once Trump advisor Steve Bannon who is claiming he has deleted files from Hunter Biden's laptop.