Tyre Sampson is the 14-year-old youth football player from Missouri who died after falling from the Orlando Free Fall ride at ICON Park in Orlando, Florida. Graphic video has emerged showing his tragic death.

In a news conference, Orange County Sheriff John Mina extended his “deepest condolences” to Sampson’s family and said the department’s victims’ advocates have been in contact with the family.

Mina released Sampson’s name, confirming that he was 14 years old, and the death occurred late in the evening of March 24, 2022.

A graphic and more than four-minute video that shows Sampson falling from the ride has been viewed almost 3 million times on Twitter. Because of its graphic nature, Heavy is not embedding the full, unedited video. You can watch it in full here, but be forewarned that it’s disturbing and graphic.

1. The Disturbing Video Captures the Moment the Boy Fell From the Ride; His Father Says Tyre Knew Something Was Wrong

TwitterTyre Sampson is on far right.

A photo emerged (see above) showing Tyre on the ride; his harness did not look fully fastened.

Sampson’s father told FOX35 that his son, who was from St. Louis, knew something was wrong when the ride started.

“He was panicking when he was going up,” Yarnell Sampson said. “When the ride took off, that’s when he was feeling uncomfortable. He was like, ‘What’s going on?’ That’s when he started freaking out, and he was explaining to his friend next to him, ‘I don’t know man. If I don’t make it down, please tell my Mom and Daddy I love them.’ For him to say something like that, he must have felt something.”

The graphic video initially shows other people on the ride before it takes off.

A woman on the ride asked the worker why the harness did not have a clicking seat belt.

“Seat belt? There ain’t any,” he responds.

After more banter back and forth, the ride started. You don’t see Sampson in the first part of the video.

“That sounds like a machine from the Avengers,” an onlooker says in the video before the tragedy.

The ride starts to come down, and you see the boy fly off the ride and fall to the ground, where he lies motionless.

“Call an ambulance,” someone says as people scream.

“Get us off, get us off,” people who were on the ride yelled.

A worker went over to check on Sampson.

“Did you check him?” a woman asked the crew member who had spoken to the woman about the seat belt. “Yes,” he said.

“You’re sure you checked it?” she asked. At that point, the video ended.

An independent journalist who shared the video wrote on Twitter, “Tyre’s family has contacted me about the video but they have not decided on whether to take down the video yet. The plan might be to put a fundraiser. Twitter has not responded to my request to cover the video and add a warning.”

Mina was asked about the video. He said that the video was “flagged,” and he said investigators will consider the video when they determine whether the death was an accident.

Everything seemed to be normal before the tragedy, he said. Mina said there is a large locking device “put over each of the passengers'” shoulders, but he wasn’t aware of seat belts on the ride. He also said the Sheriff’s Department was not aware of any previous problems with the ride. 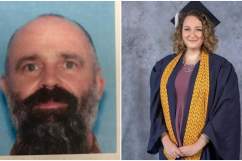 2. Sampson Was Visiting Orlando With a Friend’s Family

A look at the restraints on the Orlando Free Fall ride. They pull over the rider – similar to a roller coaster (no seat belts). 2 workers do safety checks and make sure restraints are locked. A 14-year-old boy tragically died in the ride last night. @fox35orlando pic.twitter.com/UuvjadcCJq

The sheriff said in the news conference that Sampson was visiting Florida with a friend’s family.

Tyre was visiting Orlando with friends on his football team, according to NBC News.

Mina said his office will try to determine whether this was an accident. He said it appears to be a “terrible tragedy,” but the investigation is still open. “It does appear to be just a tragic situation,” he said at another point in the press conference.

It’s not clear whether there will be criminal charges, because the investigation is still open, Mina said.

The Department of Agriculture and Consumer Affairs will be tasked with investigating the safety of the ride itself.

Fox35 reported that the ride “stands at 430 feet” and “is the world’s tallest freestanding drop tower.”

3. A 911 Call Raises Questions About the Teen’s Death

A 911 call raises further questions about Sampson’s death. “They didn’t secure the seatbelt on him,” an unidentified woman caller says in the 911 call, obtained by WFLA.

“They’re saying he’s breathing, but he’s not responsive. Looks like his arms are broken and his legs,” the person said.

The person said he had blood on his feet and might still be alive at that point. She said it looked like his arms and legs were broken, and that he was breathing but not responsive.

“We operate the ride with all the safety precautions in mind. Everything is in place and this is why we are doing this investigation,” John Stine, director of marketing for the Slingshot Group, which owns and operates the ride, told FOX 35 News. He told NBC News that, in the words of the network, “the boy was secured in a safety harness at the time of incident.”

On his Facebook page, where people are now leaving tributes, Sampson wrote that he was “unstoppable” and shared photos showing him playing youth football.

“I just hope his final moments were blissful and full of fun. May he watch over his family and be loved by god,” another wrote.

Another wrote, “You been on my mind for two days man…..all I can do is think about you and I never even knew you. It hurts my hurt seeing what happened to you. Just 14 and didn’t get to live out the rest of your life…..rest well bro.”

5. Sampson’s Dad Says the ‘Pain Behind It Could Never Be Taken Away’

“It felt like somebody hit me so hard in my stomach. I just lost, I lost, lost wind. And the pain behind it could never be taken away, and sorry’s not gonna take it back and no monies, no nothing in the world to replace the young man. And it’s just sad, a young man’s bright future was taken away from him over a ride, an amusement park,” Yarnell Sampson said.

Tyre’s coach told the television station that Tyre was an eighth grader and “part of a nationally ranked youth program.”

“The biggest thing is, you don’t question things that are supposed to happen, they teach you that. When you gotta good kid, straight A student, who never did anything wrong, never got in trouble, you know, you kinda question it, like, why him?” Arnaud Jones said to the television station.