Taz Hayes is the woman accused by Arkansas State Police of shooting another woman before Little Rock, Arkansas, Police Chief Keith Humphrey “fired his pistol” at her. Videos emerged of the shooting scene, which you can watch throughout this article.

Arkansas State Police released a statement on the shooting, which occurred on New Year’s Eve 2021. Authorities say Hayes, 29, shot another woman named Kelecia Mayo, 22, prompting “a Little Rock police officer on patrol” to open fire. Humphrey is not named in the statement, but the Little Rock Police Department later confirmed the officer involved was Humphrey, according to FOX16.

“This is an unprecedented situation because it involves our chief of police,” Little Rock Mayor Frank Scott Jr. wrote in a statement. “In our ongoing efforts to remain accountable, clear, and transparent, we have asked the Arkansas State Police to investigate both incidents and they have agreed. We are thankful for their cooperation. There will be no further comments while Arkansas State Police conducts its investigation.”

1. Taz Hayes Is Accused of Shooting Kelecia Mayo During a Fight at a Super Stop Convenience Store Parking Lot

Video shows a woman police say is Taz Hayes wielding and shooting a gun after another woman smashes a car window. You can watch the video above.

“A Little Rock police officer involved shooting incident that occurred last night (Friday, December 31, 2021) and an armed disturbance that preceded the officer’s arrival at 5103 Asher Avenue are both under investigation by the Arkansas State Police. Commanders within the Little Rock Police Department requested state police investigate the incidents since both are interrelated,” according to the Arkansas State Police statement.

“At approximately 8:55 PM a Little Rock police officer on patrol traveling east on Asher Avenue witnessed a fight among a crowd outside the Super Stop convenience store and gas station. As the officer approached the store from Mary Street, Taz Hayes, 29, who had been among the individuals already on the parking lot, fired a gun into the disturbance. The shot left Kelecia Mayo, 22, wounded.”

That’s when Humphrey started shooting, the Arkansas State Police release says, although it doesn’t name him.

“The Little Rock officer then fired his pistol at Hayes,” according to the statement. “A bullet later recovered by state police special agents from inside a vehicle on the parking lot will be examined at the Arkansas Crime Laboratory to determine if it’s the round fired by the officer. Hayes was uninjured and was taken into custody at the scene.

“Mayo was transported to a Little Rock hospital and was initially assessed to be in critical condition.”

The release added, “Questions relating to the identity of the Little Rock police officer and his administrative status should be directed to the Little Rock Police Department Public Information Officer.”

Little Rock Police wrote, according to the Arkansas Times: “During the early evening hours of December 31, 2021, Police Chief Keith Humphrey was working a New Year’s Eve detail along with other members of the Command Staff to assist patrol. Chief Humphrey encountered an armed disturbance in front of the Superstop at 5103 Asher Avenue. As he was exiting his vehicle to make contact, an armed suspect opened fire on the victim causing injury. Chief Humphrey then engaged the suspect and discharged his department issued service weapon. The suspect fled and was apprehended a short time later and taken into custody. The Arkansas State Police will be conducting an independent criminal investigation into the Battery 1st and the officer involved shooting. Therefore, questions related to the criminal investigation should be directed towards the Arkansas State Police. The Little Rock Police Department will conduct a separate, internal administrative investigation. Chief Humphrey has been placed on administrative leave, per policy.”

3. Hayes Was Accused of Battery 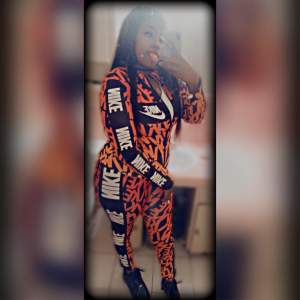 Hayes was arrested following the shooting.

“State Police Special Agents assigned to the Criminal Investigation Division interviewed Hayes who was subsequently charged with battery (first degree) and incarcerated at the Pulaski County Detention Center,” according to the release.

“Agents are continuing their investigation today and will later submit a case file to Prosecuting Attorney Larry Jegley who will use the investigation to assist him in determining whether the use of deadly force by a law enforcement officer was consistent with Arkansas law.”

According to Arkansas Online, Hayes “was involved in a road rage incident that ended at the Superstop.”

“A verbal altercation insued that turned physical,” an arrest report obtained by the outlet says. “Subject exited her vehicle holding a weapon and began firing at another female, approximately six times, striking the victim.”

A woman wrote on Facebook, “Mane Free my lil cuz Taz Hayes lil moma dead wrong and she been bullying luh cuh for a minute. Taz was fed up and just set that shhh off cuz she was Supa player about the situation. Im not about to find a bottle to balance out the weapon of defense. She could’ve cut her eye or anything with that glass bottle so I would’ve pulled mines too.#Selfdefense#Lilboosie#Setitoff.”

4. The Mayor Says the Police Chief Is on Administrative Leave

“On New Year’s Eve, Little Rock Police Chief Keith Humphrey initiated an all-hands-on-deck approach to patrol, just as he’s done in the past, and required command staff to patrol the city,” the mayor wrote.

“While patrolling, Chief Humphrey saw a disturbance that, unfortunately, led to a shooting. Chief Humphrey also fired his weapon at the suspected shooter, and, as is customary practice in an officer-involved shooting, he has been placed on administrative leave. Assistant Chief Crystal Haskins is now acting Chief of Police.”

5. Humphrey Served for Years as a Police Chief in Texas

According to his police bio, Humphrey “serves as the 38th Police Chief for the City of Little Rock. The reformative Chief is working on ways to add additional initiatives that will provide opportunities for Officers and Civilian staff to completely transition to 21st Century Policing. Chief Keith Humphrey came to Little Rock after having been Chief of the Norman, Oklahoma, Police Department from 2011 to 2019.”

The bio says, “Chief Humphrey started as an officer with the City of Fort Worth Police Department in 1988. In 1995, he joined the City of Arlington (TX) Police Department, being promoted to Sergeant (2000) and later Commander (2005) in that department. In 2008, he was named the Chief of Police of Lancaster, Texas, serving in that position until 2011, before taking his position as Norman’s Police Chief.”

The biography continues, “He holds a Bachelor’s degree in Business Administration from Texas A&M University – Commerce and a Master’s of Business Administration from Amberton University. He is also a Graduate of the Harvard Kennedy School Strategies for Building and Leading Diverse Organizations and the Leadership in Police Organizations Program. Chief Humphrey has been an adjunct professor at the University of Oklahoma, Langston University, and Argosy University, as well as an instructor for the FBI Law Enforcement Executive Development Association.”