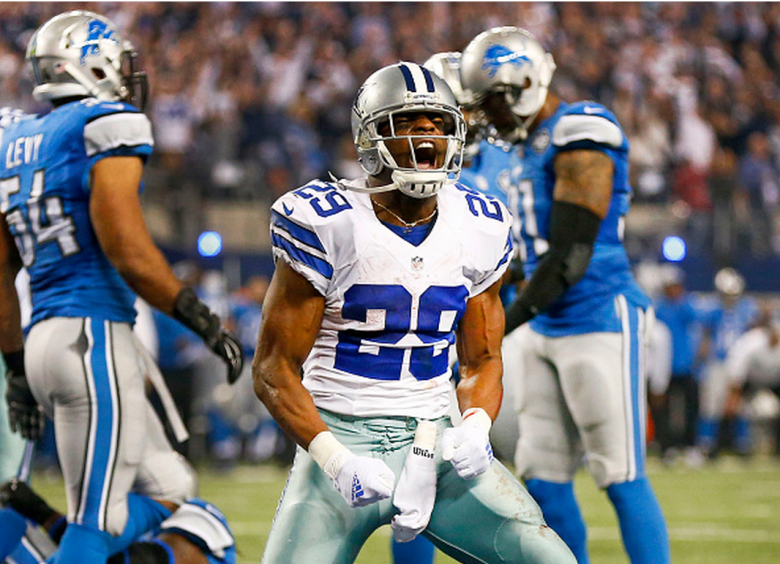 Dallas Cowboys running back DeMarco Murray (29) celebrates after scoring on a touchdown run during the third quarter on Sunday, Jan. 4, 2015, at AT&T Stadium in Arlington, Texas. (Getty)

Coming off a season in which he played in all 16 of his team’s regular-season games and led the NFL in rushing yards – 1,845 – DeMarco Murray stated his case for being one of the league’s best running backs.

While Murray is a hot commodity teams would kill to have as a part of their starting roster, the Dallas Cowboys are not biting on the price tag that comes with his talent.

And with that, the rumor mill has been put in motion as interested teams have come forward with talks and offers in hopes of signing the highly touted and talented RB and one of the last big-named players still left in free agency.

What jersey will he be suiting up in this season? Here’s what you need to know about the teams interested in DeMarco Murray:

Even with their sights set on becoming NFC East champs – again – Cowboys owner Jerry Jones admitted to The Dallas Morning News that the team would be better with him than without him.

Murray, 27, joined the Cowboys in 2011 after being selected in the third round of the draft. He had just finished a successful four-year career at Oklahoma where he’s the program’s all-time leader in several categories including touchdowns (65), all purpose yards (6,718), receiving yards for a RB (1,571) and kickoff return average (27.6).

Without biting on Murray’s price tag, one potential replacement could be Adrian Peterson, whose future with the Minnesota Vikings remains uncertain. 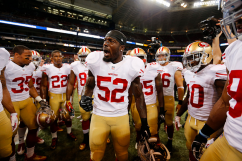 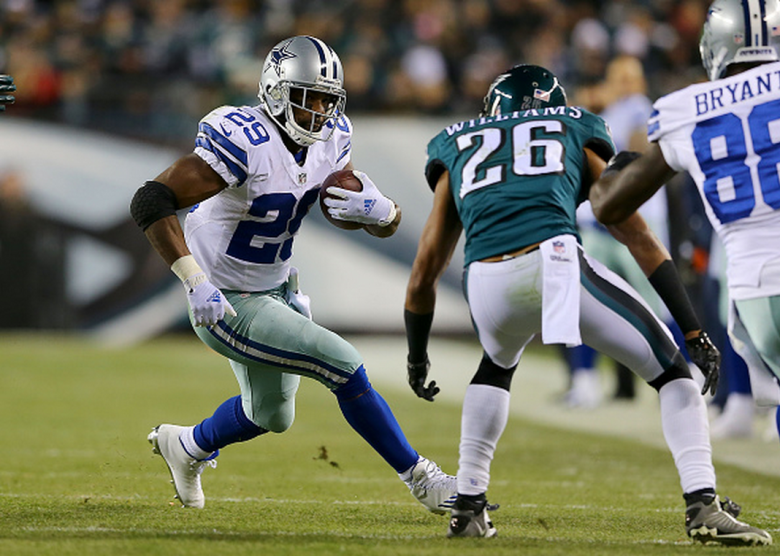 DeMarco Murray #29 of the Dallas Cowboys runs with the ball in the first quarter against the Philadelphia Eagles at Lincoln Financial Field on December 14, 2014 in Philadelphia, Pennsylvania. (Getty)

With the Cowboys basically out of the picture, their NFC East-rival, the Philadelphia Eagles, have shown interest – especially now that Frank Gore, who announced on March 3 that he was leaving the 49ers to join the Eagles, has officially decided to play for the Indianapolis Colts.

And it’s not just the Eagles who are interested. It’s been reported that Murray is favoring the move to Philly. So much that he contacted head coach Chip Kelly about making the union a reality, according to ESPN’s Chris Mortensen.

And despite signing Ryan Mathews, the Murray-Eagles combination makes sense from a “X’s and O’s” standpoint. While at Oklahoma Murray played in an up-tempo spread system not far off from Kelly’s offense. Not only that, but also Murray’s college QB and roommate was Sam Bradford, the player the Eagles traded Nick Foles and draft pick consideration for on Tuesday, March 10. 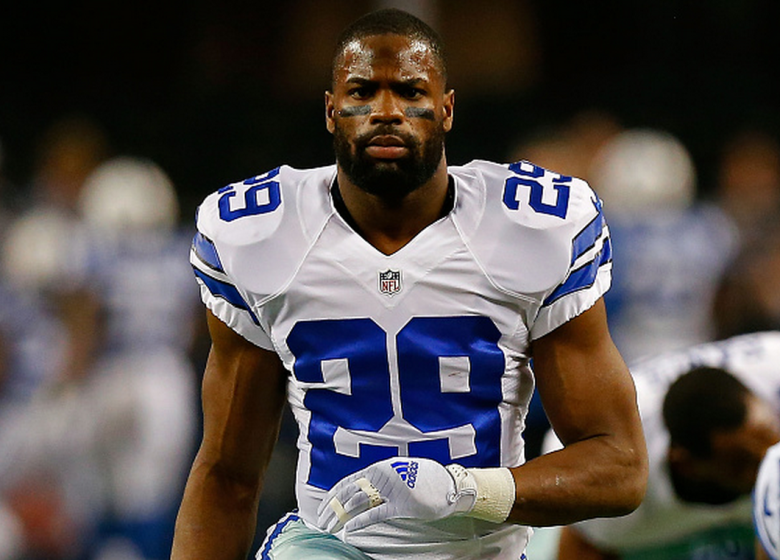 DeMarco Murray #29 of the Dallas Cowboys goes through pregame drills before their game against the Indianapolis Colts at AT&T Stadium on December 21, 2014 in Arlington, Texas. (Getty)

Another team showing interest would be Murray on the opposite coast – the Oakland Raiders. Even though they had the most salary cap space in the league entering free agency, the Raiders have been striking out with obtaining some of the top players on the market for pick up.

Murray would fit in well with Oakland, especially as a replacement for Darren McFadden, who departed and is a free agent.

The Raiders are far from contention, but will likely remain as having the biggest offer considering they have to spend a significant amount of money in order to reach the CBA-mandated salary cap floor. And according to the NFL Network’s Ian Rapoport, “Oakland feels it has a No. 1 running back in Latavius Murray already, and that adding Murray would give them ‘oomph’.” 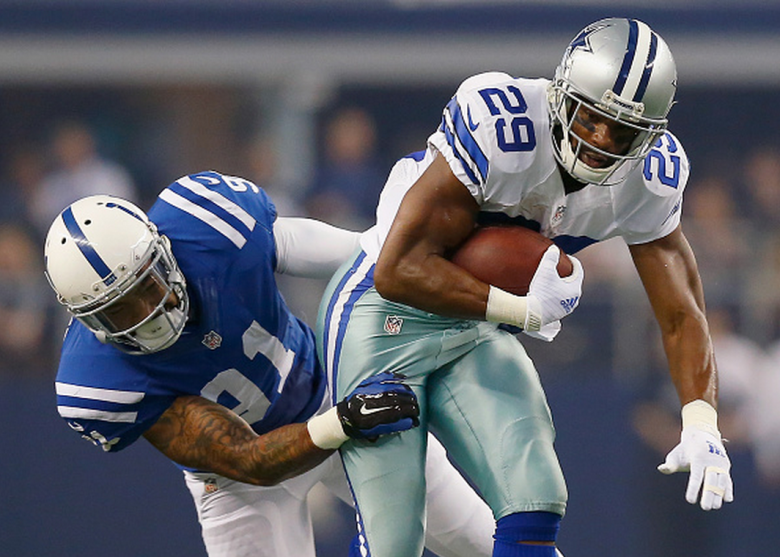 DeMarco Murray #29 of the Dallas Cowboys carries the ball against Jonathan Newsome #91 of the Indianapolis Colts at AT&T Stadium on December 21, 2014 in Arlington, Texas. (Getty)

While it’s not likely, according to Bleacher Report, the Jacksonville Jaguars are also on the prowl for Murray – a distant prowl as they appear to be a far-fetched third option.

According to SB Nation and other reports, the team’s offer isn’t believed to be as lucrative as the others’ and there is no sign of it changing either.

Similar to the Raiders, the Jags entered free agency needing to reach the cap floor. But unlike Oakland, they have already signed somebody – former Denver Broncos tight end Julius Thomas to a five-year, $46 million contract. 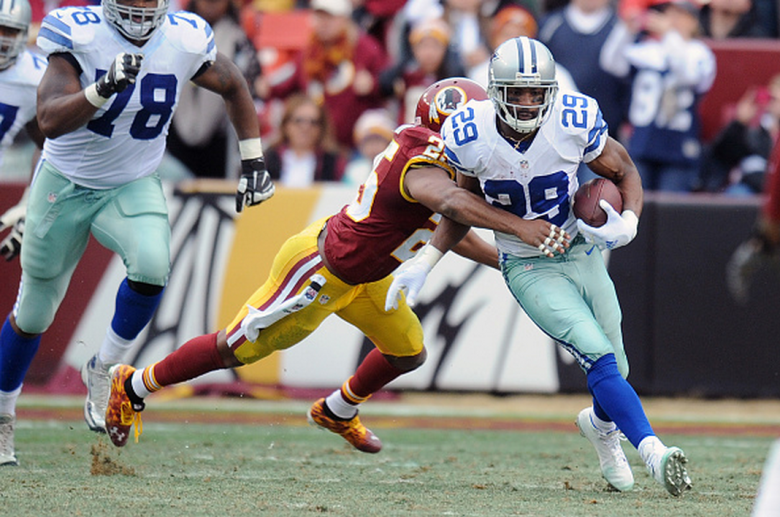 Running back DeMarco Murray #29 of the Dallas Cowboys runs with the ball while free safety Ryan Clark #25 of the Washington Redskins tries to tackle him in the second quater during a NFL football game at FedExField on December 28, 2014 in Landover. Maryland. (Getty)

While reports about the Colts showing interest in Murray are far and few between, according to Dave Furst of WRTV-6 that would be the RB’s preferred choice:

Sources say DeMarco Murray’s preference was to join the Colts. Will be interesting to look back as the years go on. Gore vs Murray.

Whether those sources’ statements hold true or not, on March 8, ESPN.com’s Mike Wells unveiled that Indianapolis was reportedly not interested in pursuing Murray in free agency. 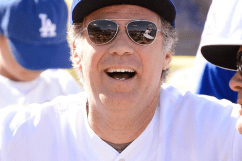