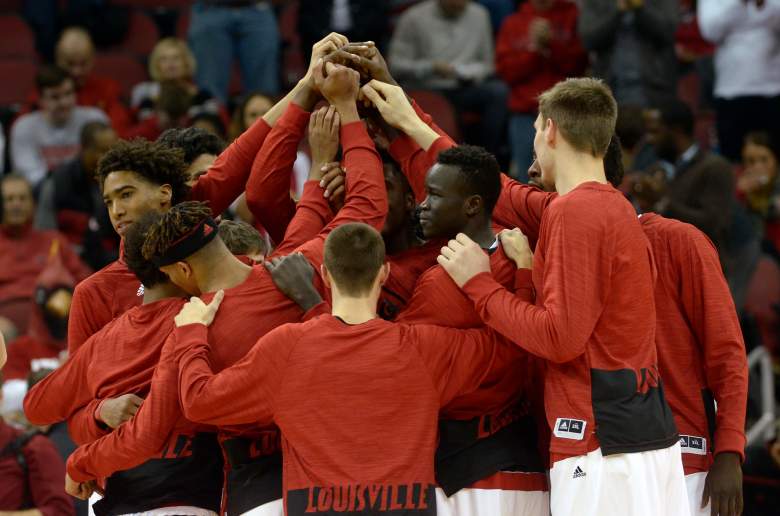 Louisville has been riding a serious win streak over the past few games and it’s got them up in the rankings. (Getty)

It seems weird to only put the Bulldogs up by one despite two victories last week and back-to-back performances with 90 points. But this is the world we live in and if we’re all being honest, Butler’s two wins last week, or rather their opponents, aren’t really all that impressive. Still, keep an eye on sophomore Kelan Martin who had 25 points and 11 rebounds off the bench against Tennessee on Saturday. He might not get a ton of minutes going forward, but that spark is enough to warrant at least a few extra.

The Commodores take a rankings hit after dropping back to back games with losses at Baylor and home against Dayton on December 9. That matchup against the Flyers particularly stings as the Vanderbilt offense continues to struggle. This is a team that, just over a week ago, broke the 100-point mark and has now failed to hit 70 in two straight games.

The home loss to UCLA stung. Badly. But there’s a bright spot. Gonzaga owns a 154-11 record at McCarthey Athletic Center since it opened at the start of the 2004-05 season and return home for its next game. The Bulldogs have never lost two straight at home. So, fret not ‘Zags fans. It will get better soon.

Nothing helps a team’s rankings status more than an absolute beatdown of an opponent on its home court. Louisville did just that on Saturday afternoon, defeating Eastern Michigan 86-53. Of course, this is not the first time the Cardinals offense has been vaguely overwhelming. Louisville has shot better than 50 percent from the floor in seven of its eight games this season. That is painfully efficient.

The Bears stayed consistent with a sixth straight win on December 8, taking down Northwestern State 75-62 at home. It’s been good. They’ve been wins. They’ve been enough to be a bit middle of the road. Baylor’s just a well-rounded squad so far this season with four players averaging double digits.