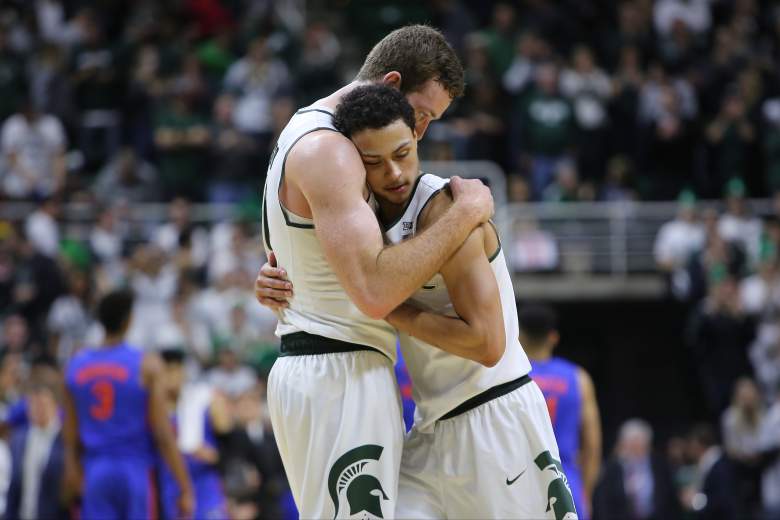 Michigan State is still perfect on the season after taking down yet another opponent last week. (Getty)

We should probably all start to acknowledge that the Sooners are about as legit as any team in the country right now. Oklahoma defeated Villanova on a national stage early last week and followed up by destroying Oral Roberts 96-73. This is one of the most experienced backcourts in the entire NCAA and it’s showing. OU’s 23-point win over ORU marked the fifth 20-plus point victory this year.

Melo Trimble is good at this whole playing basketball thing. The sophomore has been the sparkplug the Terps needed on offense so far this season and his 18 points last week helped notch a 77-56 victory over Maryland Eastern Shore. Trimble is shooting 53.4% from the floor so far this season and just over 40% from distance. If he can stay consistent, he can help Maryland make a run in league play.

UCLA loss aside, this is still a dangerous Kentucky team and this roster is so deep it’s almost absurd. Isaiah Briscoe has been as good as advertised so far this season, averaging 12.4 points in 29.9 minutes in nine games. The Wildcats defense has also started to show some life, giving up 67 and 58 points in their wins over Eastern Kentucky and Arizona State respectively.

We’ve got court rushes! And terribly injured reporters – which doesn’t really warrant an exclamation point. The Cyclones battled back from a 20-point deficit to take down rival Iowa 83-82 last Thursday night. Both Monte Morris and Jameel McKay both had 20 points in another comeback for Iowa State. This team will not say die and the win over Iowa just adds another notch to its impressive resume. In other words, don’t overlook the Cyclones. No matter the point deficit.

We’re getting closer Spartans fans. Michigan State is just one victory away from matching the program’s best start after last week’s 58-52 victory on Saturday night. It wasn’t a particularly pretty win, but that might actually benefit the Spartans. They battled down the stretch, fought some poor shooting and managed to squeak out the victory anyway. That’s good.

Kobe Bryant Net Worth: 5 Fast Facts You Need to Know