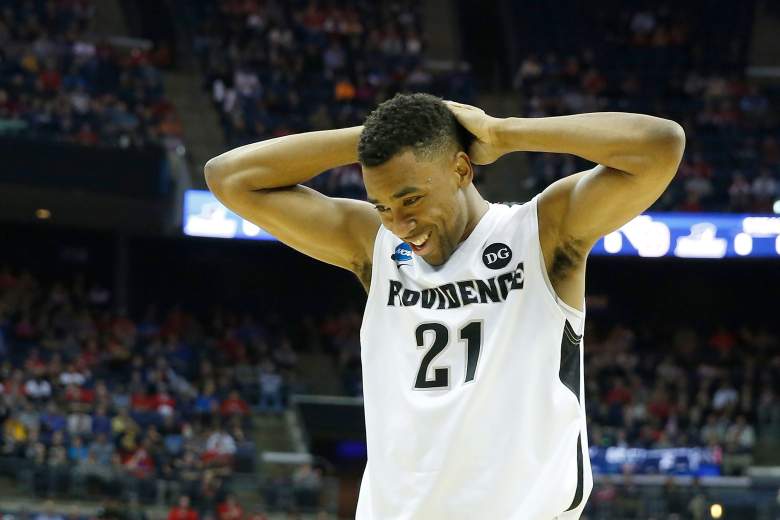 Jalen Lindsey and the Providence Friars managed to overcome a short roster to notch a victory last Saturday. (Getty)

Grinded it out today! Great to see Freshman @DrewskiiDrewyou step up when called upon today! #pcbb #gofriars

No Kris Dunn, no problem. Well, kind of. Providence likely won’t want to play without its pre-season All American, who missed Saturday’s game with a stomach bug, but the Friars ability to get a victory without him should have other teams worried. Providence still managed a 74-67 victory over Bryant despite trailing by double digits early. That’s some serious depth and it could be huge come Big East play.

It’s difficult to fault West Virginia for its performance last week. Not only did the Mountaineers have to go on the road to MSG in the Jimmy V classic on December 8, but they also had to take on Virginia. WVU went exceptionally cold in the second half and finished just 2 of 14 from 3-point range. It’s not a good performance, but it’s also a tough matchup far from home, so it’s hard to hit the Mountaineers too hard on the rankings slide. Also, WVU bounced back on Sunday night with a 100-58 victory over Louisiana Moore. So, you know, that’s good.

After defeating Gonzaga on the road on December 5, the Wildcats followed up with a strong showing at home, recording an 85-72 victory over Fresno State last Wednesday. Ryan Anderson continues to be a huge factor, averaging 15.8 points and 9.4 rebounds a game. He’s also a constant threat for opponents, averaging 29.9 minutes on the court.

This is not crazy. The Boilermakers were No. 12 on our rankings last week and still undefeated and still racking up the points, but they’re also not really playing anyone dominant yet. The strength of this team, however, is its ability to share the ball. Purdue assisted on 26 of 33 field goals in Saturday’s 95-64 victory over Youngstown State. That comes after 28 assists on 34 field goals in the victory over Howard last Wednesday. Even more impressive? In those past two games, the Boilermakers have only had 16 turnovers.

1-3-1 zone! It’s a shutdown 1-3-1 zone! Xavier’s defense has been nothing short of dominant so far this season and just took down crosstown rival Cincinnati 65-55 in last week’s matchup. It’s the seventh time Xavier has defeated the Bearcats in the last nine years and the 10-0 record matches the best-ever start in Xavier history. In other words, this defense is leading to victories.

We head to the top 10 on the next page, just click the arrow.