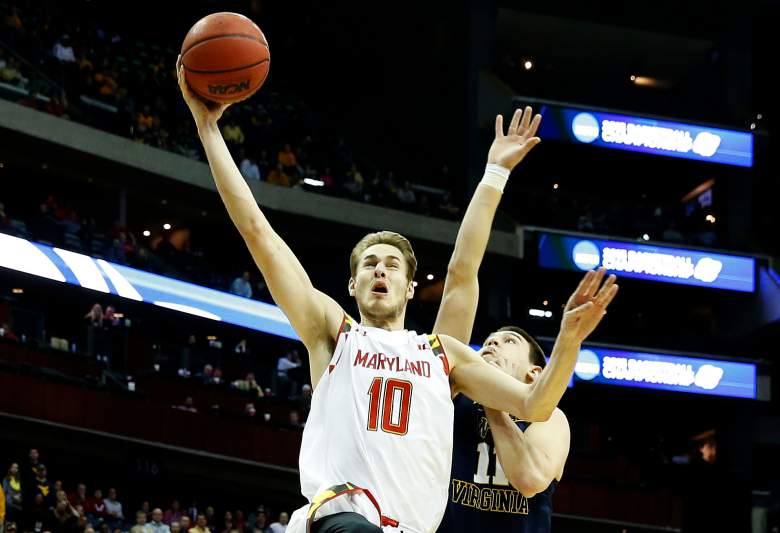 Where does Maryland land in the latest Heavy hoops rankings? (Getty)

Michigan State only beat Florida by six. St. John’s beat Syracuse at the Garden and Oklahoma continues to prove that people should probably start paying more attention to the Sooners.

In other words, it’s been just another week in the world of college basketball. December is fun in the NCAA, really! Luckily in the crazy, mixed-up world of early-season college hoops, we here at Heavy are breaking it all down and ranking the top 30 teams in the whole country.

Meanwhile, in AP ranking world, Michigan State is still tops, while Oklahoma has jumped up to No. 3 in the country. Check out the recently released list right here. On the flip side, Iowa State is still No. 2 in the USA Today Coaches Poll, just behind the Spartans. You can read up on that whole ranking here.

Read on for squads 30 through 26 and then keep clicking that arrow in the bottom corner to see how the rest of the rankings ranked.

Welcome to our rankings Wichita State! Despite a slow start to the season the Shockers got back in the good graces of the college hoops world with victories over UNLV and Utah (ranked No. 25 in the AP Poll) last week. The 67-50 showing at home against the Runnin’ Utes was particularly impressive, led by a balanced offensive showing that could help get Wichita State back on track heading towards league play.

The Orange took down area rival Colgate 78-51 on Tuesday, but stumbled a bit against a St. John’s squad that’s starting to come into its own on Saturday afternoon. For the second straight season, Syracuse fell to the Red Storm, dropping an 84-72 decision in the non-league matchup and showcasing just a few holes in that infamous zone as SJU got hot from the outside.

https://t.co/J8L155bZ2e names @MikeLonergan its National Coach of the Week after pair of wins over Big Ten teams: https://t.co/OMLfewCNoj

The Colonials are making some mid-major moves after last week’s absolute beat-down of Rutgers. George Washington improved to 9-1 on the season with the 83-49 victory as the offense continues to roll. This team, which has also already beaten Seton Hall, is riding a three-game win streak and averaging 77 points a game.

Ok, yes, UConn lost to Maryland at Madison Square Garden last week. That Kevin Ollie technical late in the game and the whole paper-throwing incident was absurd. It shouldn’t have happened. But in moments like that, it’s all about the bounce-back and the Huskies bounced back in a big way on Saturday with a 75-55 victory over Ohio State. UConn, which has struggled with the come-from-behind and almost win strategy all, showcased what it can do with complete control from the opening tip. The Huskies can win.

The Runnin’ Utes may be runnin’ right out of the national rankings after last week’s 67-50 road loss to Wichita State. Utah allowed twice as many field goal attempts as they took in the first half and finished the game with 19 turnovers and just five assists. Those are bad numbers. Bad, bad numbers. Add into the mix that 10 of those turnovers came in the first 15 minutes and Utah needs to snap out of this, quick.