David Ortiz’s wife is Tiffany Ortiz. The two have been married since 2002 and have two children together. The MLB legend also has a daughter from a previous relationship.

On Sunday, June 9, news broke that Ortiz was shot in the back while at a bar in the Dominican Republic. The MLB legend underwent surgery following the shooting and was transferred via air ambulance to Mass General Hosptial in Boston on June 10.

Tiffany released a statement about her husband on June 11. You can read it below.

“David arrived at Massachusetts General Hospital last night and underwent a successful second surgery. He is stable, awake, and resting comfortably this morning in the ICU where he is expected to remain for the next several days. On behalf of me and my family, I want to thank John and Linda Henry, Tom Werner, Sam Kennedy and the Boston Red Sox for all that they are doing for David and our family, as well as Dr. Larry Ronan and the amazing staff at Massachusetts General Hospital. Lastly, I want to thank everyone for the outpouring of support and love that we have received during this incredibly difficult time. We ask for privacy as David works towards recovery.”

Ortiz, one of the most prolific sluggers in recent baseball history, was with Tiffany throughout his rise to MLB stardom — a journey in which he became a 10-time All-Star and three-time World Series champion for the Boston Red Sox.

Here’s what you need to know about Tiffany Ortiz:

1. She’s Originally From Wisconsin & Is a Green Bay Packers Fan

Tiffany Ortiz was born and raised in Wisconsin. In fact, that’s where she met her now-husband. Back in the late 90s, as Sports Illustrated reported, David had been playing for the Wisconsin Timber Rattlers and Green Bay became his adopted home. It is there that he met his future wife. It wasn’t long before she converted him into a diehard Packers fan.

“The Ortizes split his off-season between Green Bay and the D.R., and while they’ve gone to several Packers games, this time the slugger really got the star treatment. After the Ortizes tailgated like regular Joes, David roamed the field in a Brett Favre jersey, chatting with Packers coach and Red Sox fan Mike Sherman. David and Tiffany then watched from a private box, cheering as the Pack walloped the Rams 45-17,” Sports Illustrated reported in 2004.

As Sports Illustrated reported in 2013, David has been mistaken for a Minnesota Vikings player. When asked about being able to walk around Boston, he admitted he could not do so without being mobbed by fans, but that it was easier to do so in Wisconsin.

SI.com: Was that a problem?

David Ortiz: It used to be. Everyone thought I played football.

2. She Has 2 Children With David

Proud of u sis ur on to college @alex.veda.ortiz

Tiffany and David Ortiz have two kids together, teenage daughter, Alexandra, and a son named D’Angelo. David has another daughter, Jessica, from a previous relationship. According to the Boston Herald, Jessica graduated from high school in the Dominican Republic.

Most recently, their daughter Alex graduated from high school. She will be heading to Berklee College of Music in the fall.

Both of the Ortiz kids are fairly active on social media. After David was shot in the Dominican Republic, his son, D’Angelo, posted a message on Instagram.

“Pops I Love u there is nobody stronger then u it’s only a matter of days till ur up running around doing ur thing again I love u pops endlessly and everybody is praying for you right now love you [sic],” the post reads.

In 2016, Alex sang the National Anthem before a game at Fenway Park, surprising her dad during the Home Opener of his last season in the MLB.

“He said to me, ‘Don’t ever surprise me like that again,'” Alex told reporters after the performance. “I wanted him to be emotional. Somebody told me that he cried and I was like, ‘Yes.’ I didn’t know if that was a terrible thing,” she added.

You can watch the performance below.

3. She & David Separated in 2013 & Got Back Together the Following Year

Happy Mother’s Day to all the mom out there special this one that take care her family every day ….. much love @tlortiz @dangeloortiz34 @alex.veda.ortiz

In April 2013, the MLB blog Brownie Points reported that Ortiz was going to file for divorce from his wife, whom he married in 2002.

David said the relationship wasn’t working and the two were filing for divorce after almost a decade together; they had met when Ortiz was in the minor leagues.

“There are some situations in life that work out for a period of time and at some point, they don’t work out anymore and you have to move on. I’m moving on. She’s moving on. Hopefully, everybody respects that,” David Ortiz said.

David also didn’t want anyone trying to make a connection to his performance on the field — which at the time was suffering after coming off an injury — and his personal issues, reported MLB.com. He also asked for privacy for his family, especially his three children, and said the separation was amicable.

In 2014, the Boston Herald reported that David and Tiffany were back together. According to Tiffany, it was because they missed each other too much. She also said that things were “better than ever.”

While things seem to be going okay between David and Tiffany these days, she tends to stay out of the public eye and rarely makes an appearance on her husband’s social media accounts. Her accounts are all private.

4. She Is on the New England Board of Directors for UNICEF 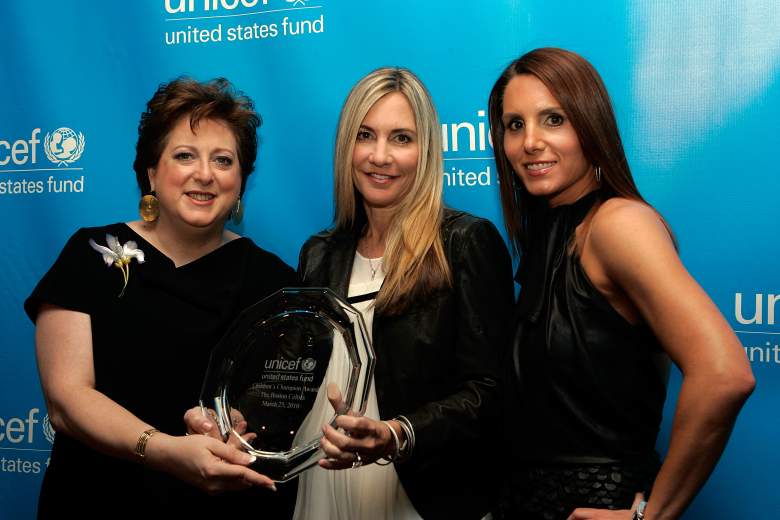 Tiffany Ortiz has been a stay-at-home mom for years, which David Ortiz claims is something they both wanted in order to make sure their children got enough attention and embodied the good qualities they’d hoped to pass on to them.

“One of the most important things about being a father is being able to spend time with them. Being able to pay attention to all the things that they do. I want to know who they are around. And I think the biggest part of my kid’s good behavior is they’ve always been around me and their mom,” David Ortiz told Mass Live.

Tiffany is also involved with UNICEF, an organization that works to support the world’s children, and is on the New England Regional Board of Directors.

“Through fundraising, advocacy and education in the United States, UNICEF does whatever it takes to save and protect the world’s most vulnerable children. Forty years ago, UNICEF figured out that promoting simple, low-cost interventions like hand washing and breastfeeding could save millions of lives. Undaunted by war or geography, UNICEF delivers,” reads the organization’s website.

Some of UNICEF’s efforts include helping children in emergency relief situations, providing clean water and proper nutrition to children in need, and assisting children who have disabilities or have been affected by violence.

David Ortiz didn’t have the easiest childhood. He recalled growing up in the Dominican Republic and often feeling unsafe, with constant violence occurring. He didn’t always have access to the best nutrition and, on a personal level, his parents went through a divorce that was hard on him.

He wrote in an article for the Player’s Tribune about his experience being flagged for steroid use in 2003, even though he claims he never knowingly took steroids. People came to his home in the Dominican Republic during a vacation with his family to test him and after that he had to face a lot of people judging him.

“Let me tell you about fair. I grew up in a neighborhood where there was a shooting every day. Every single day. I didn’t know if I was going to step outside to go play at the park with a f***ing tape ball and a stick and get shot. I saw people get killed right in front of me. There was a fight in my house pretty much every other day. It was normal. I grew up in a house that didn’t have the luxury of proper nutrition or vitamins. A protein shake? Are you kidding me? The only protein I knew about until I was 16 was frijoles negros. Black beans,” he wrote.

His past influenced him to start The David Ortiz Children’s Fund, with the help of his wife, to “help children in New England and the Dominican Republic who do not have access to the critical pediatric services they need.”

READ NEXT: David Ortiz Was Shot in the Dominican Republic