Natalia Diamante Bryant is the oldest daughter of Kobe Bryant, the late NBA star. Bryant turned 17 years old a week before her father died at the young age of 41 years old in a helicopter crash. The crash took the lives of eight other people, including Bryant’s little sister, Gianna.

Bryant doesn’t appear to have her own public social media profiles, but she features prominently in her parents’ Instagram and Twitter feeds. In the wake of Kobe’s death, Natalia’s mother, Vanessa Laine Bryant, has turned her Instagram feed to private.

Here are photos of Kobe’s oldest daughter Natalia, through the years:

Natalia Diamante Bryant was born on January 19, 2003. She was the first child for Kobe and his wife, Vanessa. Kobe and Vanessa were married in 2001. They filed for divorce in 2011, but would go on to announce their reconciliation in 2013.

GettyLOS ANGELES, CA – JUNE 15: Kobe Bryant sits with daughters Natalia, left, and Gianna, right, in a press conference after the Lakers’ win over the Boston Celtics in Game Five of the 2008 NBA Finals on June 15, 2008 at Staples Center in Los Angeles, California.

Bryant, 17, attends Sage Hill High School in Los Angeles, California, according to an NBA fan page. She plays volleyball avidly; her father frequently attended her games throughout his retirement.

Bryant is a middle hitter in volleyball. 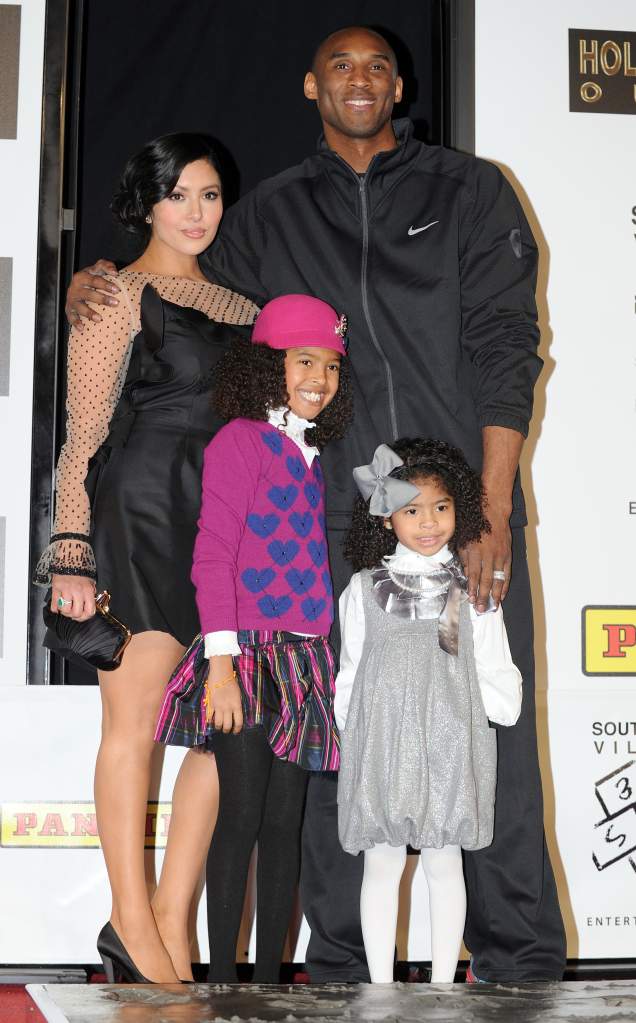 Kobe Bryant attends with his wife Vanessa and daughters Natalia Diamante and Gianna Maria-Onore (R), his hand and footprint ceremony at the Chinese Theater in Hollywood, California on February 19, 2011.

In 2003, Bryant spoke with Jet Magazine about being a new father to Natalia, who was three months old when he gave the interview. Of fatherhood and being a husband, Bryant said, “I’ve learned how to be patient. Patience and listening, you must have those in a relationship [and to be a good father].”

He added that when he wasn’t playing basketball, he was at his house “messing around with my wife and Natalia all day pretty much. Reading to her, watching TV, jumping her up and down. She follows and she smiles.” 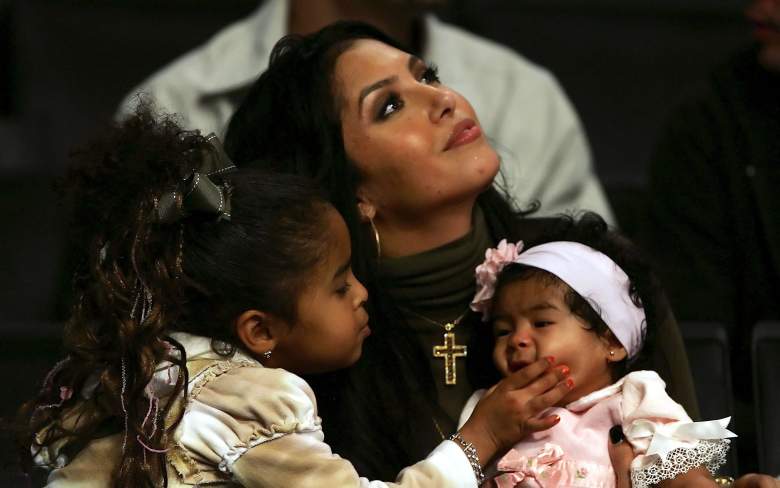 Bryant continued, “I’m really looking forward to when she turns two, three, and then you can start having all types of fun.”

As for his philosophy as a new parent, he said, “My philosophy is I want to teach my daughter Natalia to pretty much experience life to the fullest, the ups and downs. I know some parents don’t want their kids to go through any down periods. I do. I’ll be there; I’ll support her.” 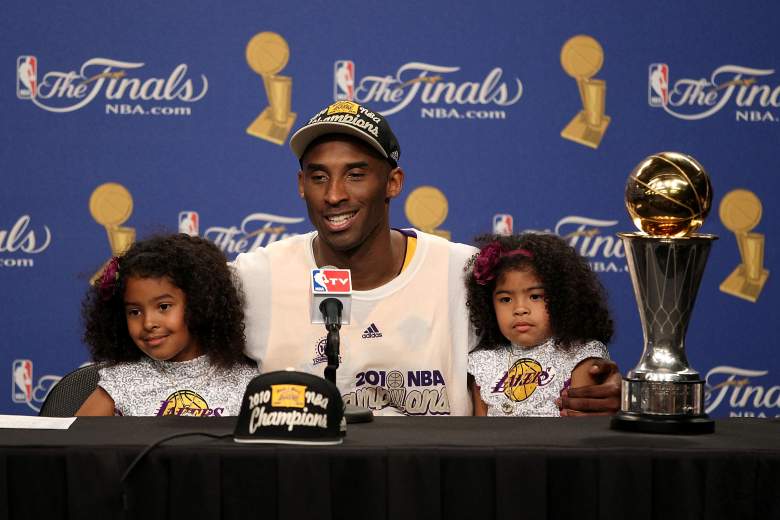 Kobe Bryant speaks during the post game news conference with daughters Natalia and Gianna Bryant as he celebrates after the Lakers defeated the Boston Celtics 83-79 in Game Seven of the 2010 NBA Finals at Staples Center on June 17, 2010 in Los Angeles, California.

Bryant became a big sister when the second Bryant daughter, Gianna AKA “Gigi,” was born in 2006.

Gianna “Gigi” Maria-Onore Bryant was Kobe’s most basketball-obsessed daughter. She played on multiple teams, with her father coaching her AAU team, and dreamed of going to play for the University of Connecticut one day. At the young age of 13 years old, Gigi was tragically killed in the helicopter crash with her father. They were flying to one of her basketball games at the time of the crash. 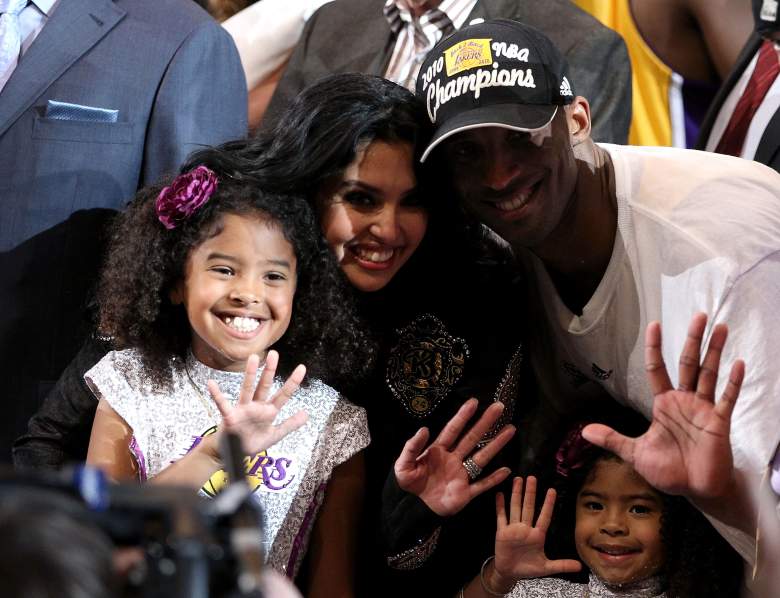 Kobe Bryant poses with his wife and daughters, left to right, Natalia, Vanessa and Gianna, after the Lakers defeated the Boston Celtics in Game Seven of the 2010 NBA Finals at Staples Center on June 17, 2010 in Los Angeles, California.

Natalia and Gigi were often seen alongside their father in his final years as an NBA player. By the time their third sister, Bianka, was born, their dad had retired from the league.

Like their mother, the Bryant women are notoriously tightlipped, and have given very few interviews or public comments over the course of the last few decades. 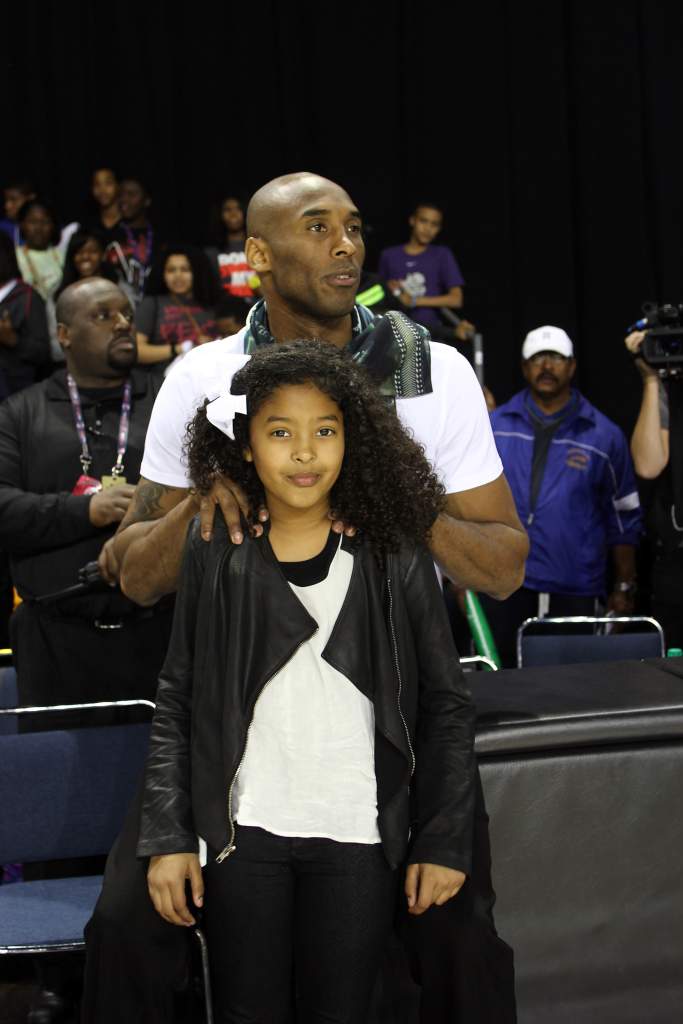 Especially during his retirement, Kobe frequently talked about how much he loved being a family man. He explained in one interview why he chose helicopters as his mode of transportation: because they were one of the only vehicles that helped him balance his professional and his personal life.

He said at one point, “You don’t see your kids [often with this job], so every chance I get to see them and spend time with them, even if it’s 20 mins in your car, I want that.” You can watch the interview here.

I will never forget the day our little Natalia sold Girl Scout cookies to @barackobama in the Oval Office. Happy Birthday to a great leader and a great muse #timeless #potus #obamaout

Kobe often called Natalia “Nani” or his “Principessa” on Instagram. In one birthday post, he wrote, “Happy 16th Birthday my baby! I’m beyond proud of the young woman you have become. You are kind, intelligent, hardworking, caring, loving and beautiful inside and out. There aren’t enough words to express how much I love you principessa.”

In another, he wrote, “Happy Birthday my baby. I love you beyond measure. You will always be my little Principessa #17.” 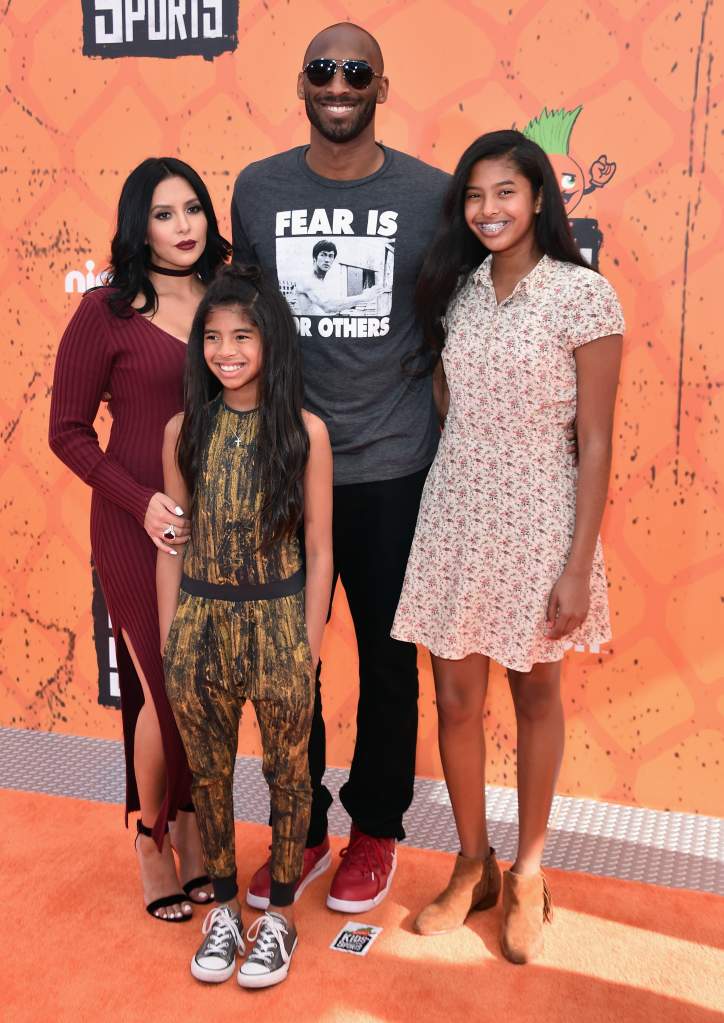 During his retirement, Kobe often took his daughters to NBA games, particularly Natalia and Gianna. At one game, Lebron James took notice of who was watching him: Kobe and a 13-year-old Gigi.

James said after the game, “That’s one of the greatest players to ever play this game, taking time out of his day on a Sunday. So I’m just trying to put on a show for him and give him a reason, like, ‘OK, we might come to another game.'”

James went on to acknowledge Gigi, too, complimenting her own basketball legacy. “He’s got one of the greatest female players that’s about to come up sitting next to him in Gigi,” he said.

During an interview with Jimmy Kimmel in the fall of 2019, Kobe said he “loved” having daughters. “They’re awesome,” he said.

Kobe went on to explain the dynamic between his two older daughters. “I always say if you look at the eldest daughter, she’s always like the calm, responsible, thoughtful one, and then the second sister is like a tornado, like Elsa and Anna,” he said. “That’s certainly like our house, and then we have two other ones.”

GettyKobe Bryant poses with his family at halftime after both his #8 and #24 Los Angeles Lakers jerseys are retired at Staples Center on December 18, 2017 in Los Angeles, California.