The Cleveland Browns reportedly offered free agent defensive end Jadeveon Clowney the richest deal he currently has on the table, but that number is still way off what the former No. 1 overall pick has been looking for, according to Jason La Canfora of CBS Sports.

It was recently revealed by ESPN NFL insider Adam Schefter that Clowney had spurned the Browns, but he did not put a dollar figure to his report.

The value reported by La Canfora makes it understandable by Clowney was willing to walk away from the Browns. After all, with the offseason and team workouts still at a relative halt, Clowney can take his time.

“The word throughout the agent community is that the reportedly ‘super lucrative’ deal he turned down from the Cleveland Browns would have been worth $12 million at its base,” La Canfora reported on Tuesday.

As La Canfora points out, not only is that far off of the $20 million figure Clowney was originally seeking when free agency started, but also the lower figure of between $17-18 million that was reported by ESPN. In fact, Ravens pass-rusher Matthew Judon signed a franchise tender with the Ravens worth $16.8 million that was significantly higher than the number reportedly offered to Clowney.

What has hurt Clowney in negotiations is that he’s coming off of a year where he lacked his normal production and suffered a core muscle injury in Week 10, which he had surgery on this offseason. It slowed his production and he played in 13 games — starting 11 — notching just three sacks and 31 tackles.

It was reported near the beginning of the free agency by Gregg Bell of The News Tribune that the Seattle Seahawks offered Clowney a contract to stay with the team that would pay the three-time Pro Bowl defensive end $18.5 million per season. He turned it down, which might be a decision he’s regretting now.

“We took a good run at it,” Seahawks general manager John Schneider told radio station KJR-AM. “It didn’t happen. He’s a great guy. He fit in great in the locker room, did a really nice job for us, but we need to be conducting business, and he just was not in a position to make a move. So we gave it a run and now you’ve got to keep going, and that’s what we’ve done.”

Browns Have Been Aggressive in Pursuit of Jadeveon Clowney 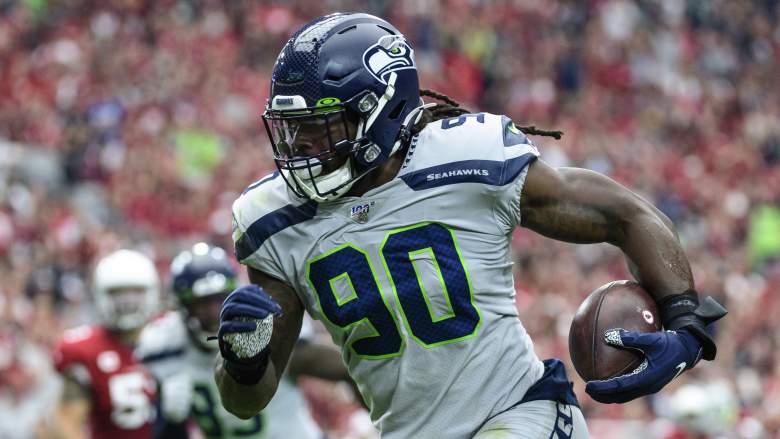 So while Clowney would be a great get for the Browns at the right price, the team isn’t banking on the signing, especially if they can get a healthy Vernon back for next season.

“I read the articles, too. I see [Clowney] linked to us, Tennessee and see all these teams,” defensive coordinator Joe Woods said in a recent Zoom call with reporters. “Really, right now, I am really focused on coaching the guys we have.”

Browns general manager Andrew Berry has been clear that he will be aggressive in the pursuit of free agents, but has yet to shed any light on the situation with Clowney.

“I’m not going to get into the habit of commenting on players that aren’t on our roster,” Berry said earlier this offseason. “Jadeveon, he’s a good football player. We’re actively always looking. We’re going to be aggressive and adding talent to the roster.”