More rumors of production issues with the iPhone 6 have been circulating. Here’s what you need to know about possible delays for the iPhone 6’s release.

1. The iPhone 6 Is Being Redesigned

In the video above, one YouTuber tries his hardest to put a scratch in the iPhone 6’s screen.

Reuters reports that the iPhone 6 is being redesigned, and this is what has caused delays in production. Reuters writes that “it’s unclear whether the hiccup could delay the launch or limit the number of phones initially available to consumers.”

The part of the iPhone 6 that is getting the redesign is the backlight that illuminates the display. According to Reuter’s sources, in Apple’s attempt to make the thinnest possible phone, the quality of the backlight suffered. The display became too dim, forcing production to halt while the display issue was sorted out.

2. This Is Not the First iPhone 6 Production Glitch

9to5Mac notes that other production issues have arisen during the development of the iPhone 6. The report notes that KGI Securities analyst Ming-Chi Kuo had previously stated that the larger 5.5-inch iPhone 6 model would be delayed. In this case, the delay was “due to yield issues with the in-cell touch panel and color unevenness in the metal casing.”

3. iPhone 6 Shortages Are Possible, But That’s Not Necessarily a Bad Thing

It is unclear how severely the production issues with the iPhone 6 will impact supply of the new phone at launch. That being said, TIME notes that early scarcity of the iPhone 6 might not be bad news for Apple:

“Availability issues have been a major part of every new iPhone launch, and a certain amount of scarcity–so long as Apple’s able to ramp up production to meet or surpass its fiscal projections in the long run–isn’t the worst problem to have. Sony’s PlayStation 4, for instance, which Sony claims was plagued by supply issues from launch, has gone on to sell 10 million units worldwide, a record-breaking figure even Sony can’t explain.”

4. The iWatch Could Take the Sting Out of Any iPhone 6 Delays

Mashable notes that if the iPhone 6 is delayed or released in limited qualities, Apple’s upcoming release of the iWatch could take some of the sting out of the delay. Of course, the reveal of the iWatch is by no means certain to take place at this September’s Apple event. 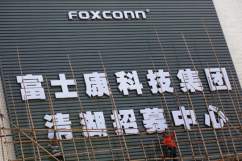 5. The iPhone 6 Is Expected to Sell Millions of Units

As we reported earlier this month, Apple has reportedly ordered up to 80 million iPhone 6 units. Why so many units? It’s a combination of factors. Of course, the allure of having Apple’s latest and greatest is always a good reason for people to buy the newest iPhone. Additionally, people who still have an iPhone 4 or 4s are due for an upgrade. And of course, there will be converts from Android or Windows Phones who are buying an iPhone for the first time when they purchase the iPhone 6.