iOS 8 is packed with cool features. Whether you’ve been downloading the Beta releases of iOS 8 this summer, or are waiting for the stable public release this fall, these videos offer you a glimpse at the best features, tips, and tricks in iOS 8.

This great video from Bill Savage outlines the new messaging features in iOS 8. The new features include quick reply, quick type, and details. If you are a texting fiend, then these new features are definitely going to appeal to you.

For amateur photographers, the new iOS 8 camera features are very enticing. Manual exposure and time lapse photography options are now available, along with a whole host of other touches that will take your photos to the next level. If you’ve always been underwhelmed with Apple’s native Camera app, iOS 8 might finally give you cause to take a second look at the iPhone’s camera features. 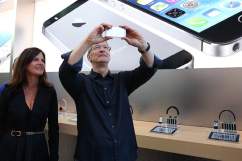 The video above from TechSmartt offers a look at the hidden Features of iOS 8. These features include quick reply and a Shazam-like Siri add-on. Additional cool features in this video include improvements to the Weather app, and new options in Safari.

In iOS 8, you can have your medical ID on your Lock Screen. This is great if you have any allergies that people need to know about, or in case you get into a car accident. The video above outlines how this feature works, as well as a couple of other features the first showed up in iOS 8 Beta 5.

5. HealthKit for iOS 8 Is Packed With Features

iOS 8 will introduce HealthKit, Apple’s new health monitoring platform. There are tons of cool features in HealthKit, and a huge array of health indicators can be monitored from within the app interface. 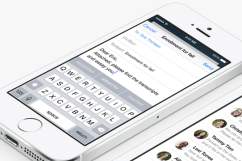