Love & Hip Hop Hollywood star Apryl Jones recently opened up about why she joined the cast. During an interview with MadameNoire, the 34-year-old said she became a member of the cast to help stop rumors that her then boyfriend, singer Omarion, was gay. Jones said she initially didn’t want to do reality television but she obliged after it was suggested by his management.

His management thought it would be good for him to show who he was and his life because there were gay rumors. So to show he was in a relationship with a woman and having kids and all that, they thought it would be great. If you love somebody you’re going to do it, but it just felt very controlled. I wasn’t really myself. On top of that, I was pregnant both times so I was really not myself. And when I came out of that relationship, which was fully f***** controlled and it was a lot going on, I was like “Oh my God.” I totally lost myself in that. Now I’m back to being the fun Apryl, the Apryl who doesn’t give a f***. I would have went on the show doing that but because I had respect for him I was like, alright, let me shut up. People don’t pay attention to the fact that when you’re in a relationship, you have to take all of that into account. You’re protecting somebody. You’re essentially wanting to make that person happy so you’re willing to do whatever it takes to do that. I think that was my case, and it didn’t serve me. But it served him, so as long as it served somebody, s***, that’s fine. I’m good. 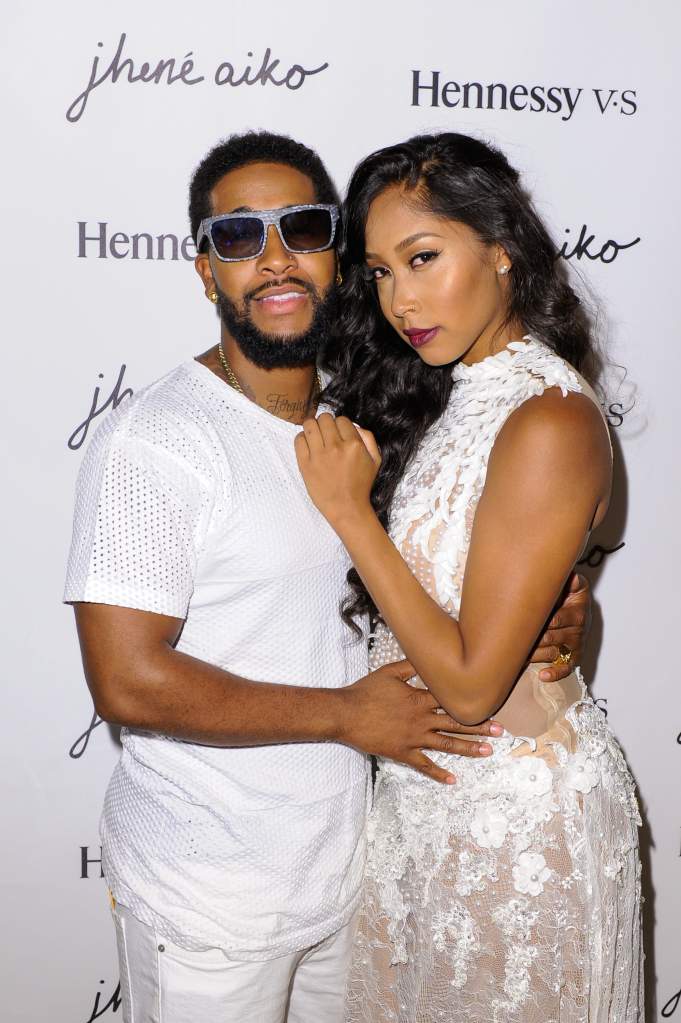 A few years after ending her relationship with Omarion, she and his B2K bandmate Dreux “Lil’ Fizz” Frederic became involved in a romantic relationship, which was heavily criticized by their co-stars. It was revealed in January 2020 that their relationship had ended, MadameNoire noted. Jones was scrutinized for dating Frederic because it was assumed that he and Omarion were close due to them being in a group together. Jones said they weren’t friends at all so she didn’t feel that she wronged Omarion in any way.

“They weren’t friends,” she said. “Yeah, they were in a group together, but people have s*** misconstrued. That’s okay like I said. That’s their perception. But I don’t live life like that. So it is what it is.”

After being spotted on a date, their have been rumors that Jones and hip-hop mogul Dr. Dre are dating. According to Page Six, they were seen leaving BOA Steakhouse in Los Angeles, California on February 10, 2021. Neither Dr. Dre or Jones have commented on these rumors. Jones’ former Love & Hip Hop Hollywood co-star Moniece Slaughter confirmed that the two were together and said that she knew for some time.

“To the person that asked me if Apryl and Dre are together: yes they are,” Slaughter said during an Instagram Live with “Singles on Instagram Live” host Kendra G. “It’s been a while that they’ve been together … it’s not new. I’ve known for a while. I was shocked just because of her public announcement that she’s polyamorous … I was surprised that someone as established and refined as Dre would almost wife her.”

Following her claims, she got back on Instagram Live and accused Dr. Dre of sending her violent threats after she made those comments.

You know what, I did not want to believe that [Dr.] Dre was a woman beater but after the couple of phone calls that I literally just had, he’s a woman beater,” emphatically said Moniece on Instagram Live. “For sure.”

“I don’t care who you think you are, I don’t care who the world has told you you are. I don’t know you and you don’t know me, and I didn’t say anything negative about you, sir. You can watch the 40-second clip about what I said about you sir — and it wasn’t negative. So don’t you send another motherf***** to this phone of mine to make one more motherf******* threat, yea Dr. Dre.”

READ NEXT: Why Karlie Redd Regrets Revealing Her Real Age