Cardi B isn’t too happy with fellow rapper Wiz Khalifa. After the 2021 Grammys nominations were announced, the Taylor Gang rapper was answering fans’ questions via Twitter about the upcoming award show and nominations. He and fans began discussing how many artists who deserve nominations are over often overlooked.

One fan brought up how Cardi B is a Grammy winner but Nicki Minaj is not and criticized the Recording Academy for not recognizing Minaj.

“Cardi winning a Grammy when Nicki Minaj didn’t is the biggest proof that they don’t know a s*** ’bout music,” they tweeted.

The “Black & Yellow” rapper replied that “Most self made artists have this problem.”

His response didn’t sit well with Cardi B. She then began slamming Khalifa in a series of tweets and even took a screenshot of a direct message he sent her back in 2016 where he congratulated her on her success.

She continued: “I don’t understand why niggas entertain tweets that pit successful women against each other? Ya not tired of that? Specially when ya was rooting hard when a b**** was at the bottom.”

The “Bodak Yellow” rapper’s fans also came to her defense.

“Why is your name always in these people mouth,” one of her followers tweeted. “They mad cus YOU out here making a name for YOURSELF and they out here ain’t have s*** but talk the most s***. Literally Americas most successful and most hated. Mfks hating needa find something better to do.”

She won Best Rap Album at the 2019 Grammys but didn’t get any nominations at the 2021 Grammys.

This was Nikkas in my dms in 2016!They really support you when you grinding at the bottom then it’s a different story when you make it ! pic.twitter.com/AhRr3TTkRC

I don’t understand why niggas entertain tweets that pit successful women against each other? Ya not tired of that? Specially when ya was rooting hard when a bitch was at the bottom.

Wiz Khalifa Said He Meant No Harm With His Comment

Once Wiz Khalifa saw that Cardi was offended by what he said, he clarified that he wasn’t trying to throw a jab at the Grammy winner.

“Damn that wuz good advice,” he replied to her. “I still support u. Nothings changed. Your self made in my book as well.”

He also waved the white flag and said he doesn’t want a beef with her.

“I just don’t want a Cardi/ Wiz war goin on for no reason.”

He also said that he wasn’t trying to imply that Cardi isn’t self-made and that she and Nicki Minaj “both work hard.” The Pittsburgh, Pennsylvania native even said he is open to doing a song with her. When a follower suggested that he collaborate with her, he said “that would be dope.”

Damn that wuz good advice. I still support u. Nothings changed. Your self made in my book as well https://t.co/uPRj3ryfsL

Cardi B Explained Why “WAP” Wasn’t Nominated for a Grammy 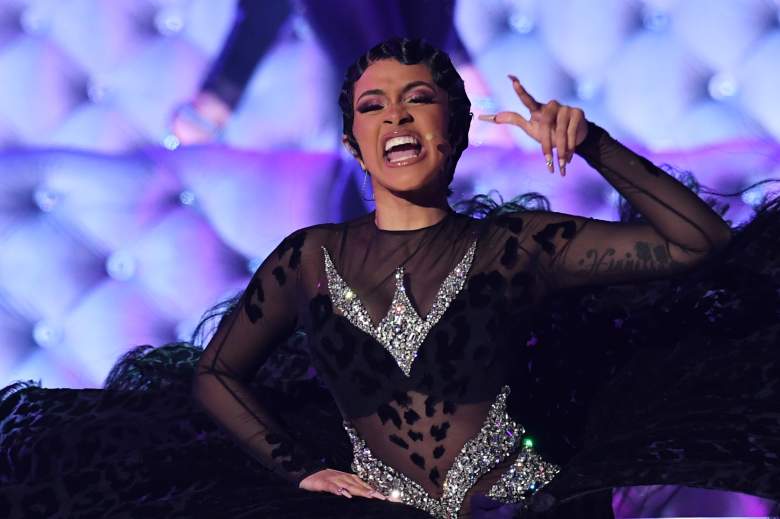 GettyCardi B performs onstage during the 61st Annual Grammy Awards on February 10, 2019, in Los Angeles.

On November 24, 2020, Cardi B explained why “WAP” isn’t nominated for a 2021 Grammy. She went on Instagram Live and said that she didn’t submit the song to be considered for nominations because she wants to wait until she releases her second album.

“Stop playing with me,” she said. “Like I said, I never pressed for a Grammy, but y’all are not gonna take away something that I know that I worked my a** off that I deserve.”

When the song, which features Megan Thee Stallion, was released in August, it received 93 million streams the first week it was out and spent 15 weeks on Billboard’s Hot 100 chart, The Hollywood Reporter noted.

READ NEXT: Reality Star Claimed Co-Star Said She Sold Her Soul to the Devil